Matrix to continue expanding in China. Established in collaboration with PTL Group and supported by the city of Changzhou, the new center provides mobile development service by outstanding Chinese engineers trained by John Bryce.
– 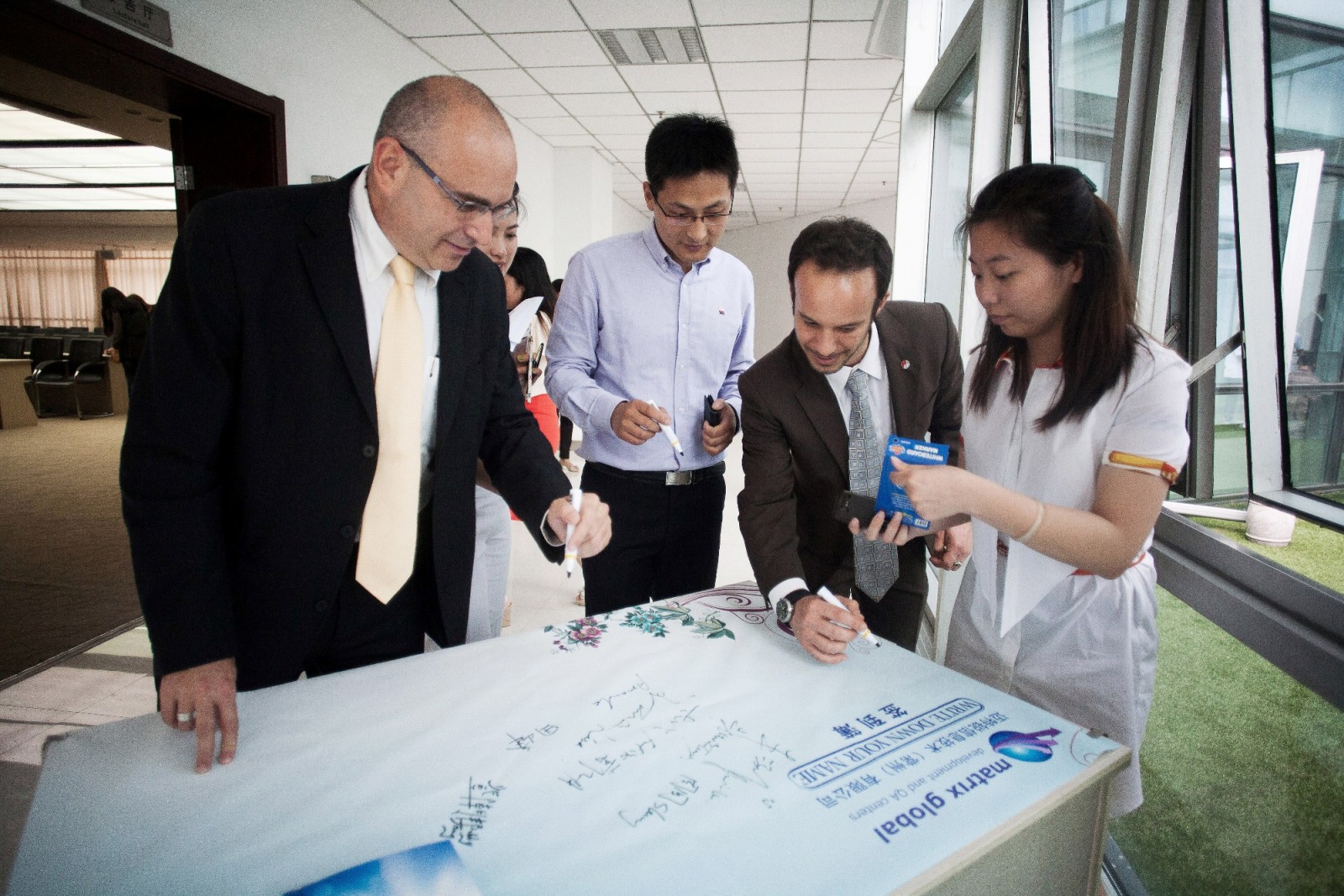 The new center specializes in development of mobile apps for Matrix clients in China and around the world.

Mobile app development is in high demand in China since the country practically “skipped” the desktop PC stage. In fact,  China has more mobile internet users than any other country today,

An estimated 51 million new Chinese users accessed the Internet in 2012, bringing the number of online users to 564 million, an increase of 10%. This huge increase was made possible by the fast adoption of mobile communication devices, including tablets and smartphones. In Jan 2013 , the Chinese Ministry of Industry and Information Technology estimated that China’s Internet population will reach roughly 800 million users by 2015. Mobile Internet access, enjoying a prominent place worldwide, is expected to drive Internet penetration in order to reach this goal, especially as there are over 1 billion mobile phone users in the country.

The development center is another milestone in the long journey that Matrix ventured into in China six years ago. Matrix started with establishing John Bryce Colleges in Shanghai and Beijing and today serves international clients such as Intel, SAP, EMC, Autodesk and Adobe, as well as giant Chinese corporations such as China Mobile, China Petrol, and more. To date, John Bryce China trained over 5, 000 senior high tech engineers.

The new Center is located in the Technological Education Town of Changzhou, which houses 80, 000 students and serves as a pilot technological vocation in China. The first 25 engineers, who were chosen out of hundreds of candidates, undergo intensive, 7-month training according to the highest standards by instructors of John Bryce China, most of who arrive from the West. The subjects taught include English improvement, software development methods,  team work and mobile development.

The Company expects to follow this launch with additional centers across China. The development center was established with significant support from the municipality of Changzhou, which already katers several Israeli companies. The Center is a co-venture of Matrix Global and PTL Group, a Chinese based company owned and controlled by Israeli shareholders, serving as a partner to Matrix Global and John Bryce in China.

Eran Lasser, CEO of Matrix Global, said,  “The China development center joins our development centers in Israel and Eastern Europe. We are confident the Changzhou site will soon become one of our most important enterprises, employing hundreds of software engineers within a short time. We plan to expand similar activities in China.”

Zvi Shalgo, CEO  of PTL Group and Chairman of the Israeli Chamber of Commerce in Shanghai,  said, “An increasing number of Israeli and international companies are opening development centers in China to leverage the knowledge of the target market as early as the development stage and achieve better customization of the end product to the Chinese market. This cuts the time to market and improves the competitive advantage.”

In addition to Matrix Global’s development Center, PTL Group is expected to open of three more R&D centers for Israeli companies with operations in China, including telephony, robotics and satellite communication.