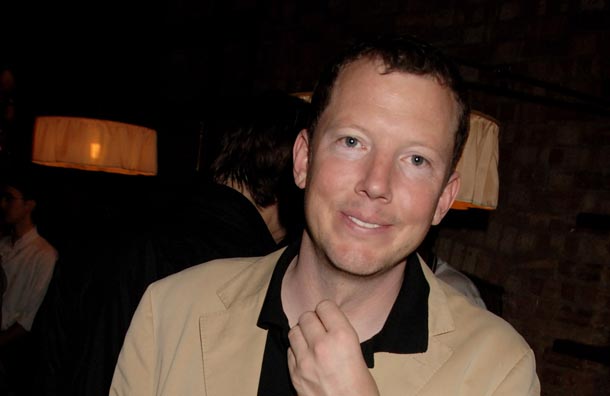 Please help us out :
Will you offer us a hand? Every gift, regardless of size, fuels our future.
Your critical contribution enables us to maintain our independence from shareholders or wealthy owners, allowing us to keep up reporting without bias. It means we can continue to make Jewish Business News available to everyone.
You can support us for as little as $1 via PayPal at office@jewishbusinessnews.com.
Thank you.
Source: RNS
RNS Number : 0377G
NR Investments Limited
31 May 2013

Today’s announcement is yet another sorry proof of vast dishonesty overseen by incompetence and complacency.

Starting in December 2011, I have consistently warned the board of appalling malfeasance at Bumi PLC. Even as the company’s resources were looted, the Board failed to engage with me. When I tried to fight for the return of stolen money, my efforts were wilfully mischaracterised as an effort to take control. The independent non-executives, led by Julian Horn-Smith, my co-founding director, owe us an apology.

Samin Tan was handed control of Bumi PLC at all levels in early 2012 when he bought half of the Bakrie stake in the company together with their voting shares. Today, the board finally admitted that on Samin Tan’s watch, in 2012, $152 million was spent “with no clear business purpose” at Bumi PLC’s main operating subsidiary, Berau.

Amazingly, the Board continues to assert that Mr Tan is a suitable person to be a director of this company. It states today: “(Mr Samin Tan) will remain on the Board as the Company’s business partner in Indonesia.”

Given today’s announcement, this is daft. Mr Tan should go immediately and punitive action should be taken against him.

There has been clear fraud occurring at Berau. In the face of this, Bumi PLC’s board has been inconsistent, slow to act and has given inadequate disclosure on a number of issues:

–  In December 2011, I called for an investigation into a missing $75m that had been “invested” with “Chateau Asset Management”. It is finally acting today

–  A statement from the Board on the 12 December 2012 said that they expected no additional material write-downs as a result of the Macfarlanes investigation; by 12 April 2013, the figure “subject to investigation” was put at $94m; today, it is $200m (plus the $75m in Chateau!)

–  Rosan Roeslani, the former CEO of Berau and a Director of Bumi PLC, was allowed to use Berau as his own “piggy bank” even when the company was controlled by Bumi PLC.  The annual report for 2012 published today shows that he had $3.8m salary/bonus in 2011 (incorrectly disclosed in the previous year’s report in 2011 as $700, 000). In addition to this, he received interest-free advances of $550, 000 and private jet expenses of $3m.

–  $24m of consultancy fees flowed out of Berau in 2012. Samin Tan knew that this money went straight to the Bakrie family yet he chose not to put a stop to it, or disclose it, contrary to his obligations as a Director of the company.

–  The Price Waterhouse Coopers (PWC) audit report is qualified due to inadequate related-party disclosure. We need to be told how much has really been extracted from the group and by whom

No-one knows the extent of the irregularities at the Bakrie-controlled PT Bumi:

–  PWC has had no access to PT Bumi audit papers, their report therefore is qualified

–  PT Bumi is a black box. How can shareholders vote on whether the separation transaction with the Bakrie family is fair?

–  And yet, Bumi PLC’s board are choosing to continue to negotiate with the Bakries (who are acting in concert with Samin Tan) when it is clear that the Bakries and their friend Rosan Roeslani have “looted” both PT Bumi and Berau.

We are pleased that the Board has finally acknowledged that it needs management based in Jakarta and is relocating its CMO and CFO, rather than attempting to command at arm’s length from their overblown Belgravia office. We hope that this will be a first step in the wholesale management change that this company needs.