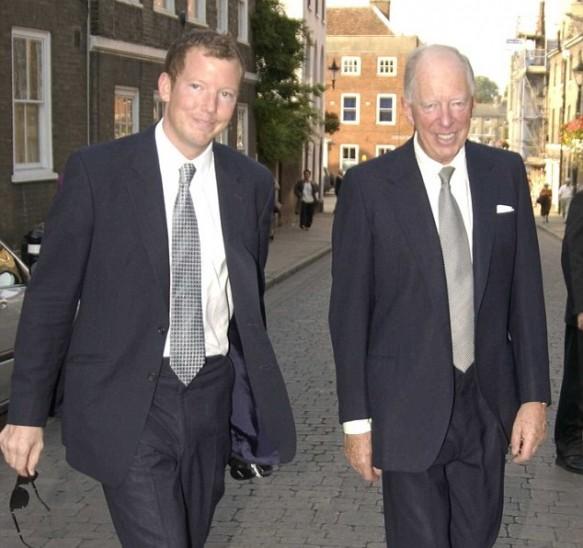 Please help us out :
Will you offer us a hand? Every gift, regardless of size, fuels our future.
Your critical contribution enables us to maintain our independence from shareholders or wealthy owners, allowing us to keep up reporting without bias. It means we can continue to make Jewish Business News available to everyone.
You can support us for as little as $1 via PayPal at office@jewishbusinessnews.com.
Thank you.
Bumi, a coal mining company with mines in Indonesia, and listed on the London Stock Exchange, has revealed that as much as $200 million is missing at its main subsidiary, when it released its financial results for 2012 that had been much-delayed .

The company, which has also been distracted recently by a very public shareholder war for control between financier Nathaniel Rothschild and his co-founders of the mining company, Indonesia’s powerful Bakrie family, said it would seek to recover the money that had been spent over the past two years “with no clear business purpose”.

A source close to Rothschild, who is still the company’s second largest shareholder, but who had left the board, said: “It’s appalling but not surprising.” What was supposed to have been a union of two perpetual family dynasties, one West, one East instead turned into a major embarrassment.

Bumi revealed the missing funds as it reported a pre-tax loss of $2.4bn for 2012, including write-downs reflecting a decline in the value of its Indonesian mines,  in part due to lower coal prices. Bumi also announced last week that it was proceeding with a split from the Bakrie family, one of its founding investors. Of the two coal mines in Indonesia Bumo owns it will be giving up one of them to the Bakries who are it seems now committed to paying $278 million for them.

The Bumi mines produce thermal coal for power plants and their biggest export market is China 75% of whose electricity is generated in coal fired power plants and who are still planning to build more despite a slow down in their economic growth.  They sit on enormous coal deposits and were once owned by Rio Tinto BP and BHP Billiton – who divested them over ten years ago during a previous recession when Indonesian interests also then demanded lower levels of foreign intervention in their economy.
Bumi will now retain just the 85% owned PT Berau mine in Borneo, for which Bumi are nevertheless also taking a write down of  $815 million to reflect a huge drop in thermal coal prices that reflects current world recessionary conditions. The company has removed the Chief Executive of the mine and six other senior managers from Berau and it continues to search for a Group Finance Director and Chief Mining Officer to be based in Jakarta the Indonesian capital. Berau remains a highly productive mine and is expected to produce as much as 23 million tons of coal in 2013.
Bumi had been acquired in 2010 in a financial engineering move by a group of London investors led by financier Nathaniel Rothschild, when it was backed into a pre-funded entity that was then re-listed on the London Stock Exchange. Shares in the company have fallen radically – they are down 80 percent since the listing – impacted both by the corporate governance issues and by weak thermal coal prices.
Nick von Schirnding, who took over as Chief Executive of Bumi in January 2013, said he had his suspicions over where the missing money ended up but would not be drawn on how confident he was of recovering it. “I would rather announce what we can once we’ve got the monies in the bank account”….. “Rest assured I’m not going to leave any stone unturned.” Bumi last month had also asked for its share trading to be suspended. He said it would apply to resume trading again once it had completed the process of improving internal controls, ahead of the annual meeting on 26 June. He added that the company’s search for a new independent Chairman was also advanced and that he was hopeful of making an announcement in the next few weeks.
Nathaniel Rothschild is the son of Baron Jacob Rothschild, and the heir to his father’s fortune along with his sisters, and who, after acquiring something of a reputation of a playboy, has been branching out into serious business activities on his own in recent years. A setback of this kind may hurt for a while but obviously will not deter him for long, and he will surely rebound – having learned perhaps the hard way the need to choose your partners with great care.