Hochschild , grandson of the legendary Moritz Hochschild who founded the company in Bolivia in 1919, now oversees one of the largest silver and gold mining operations in the world, with the principal center of the activities being in North, Central and South America. The company now is based in London and is quoted on the stock exchange there. 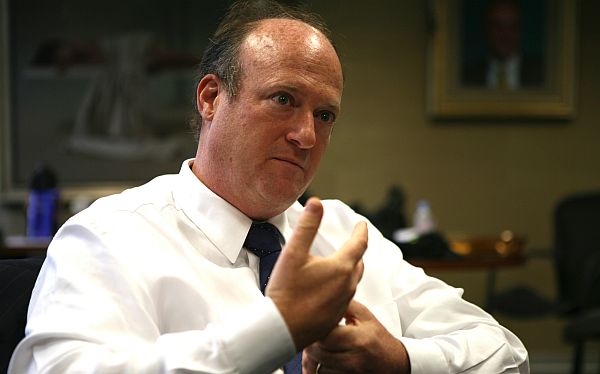 In front of a packed house at the recent Hochschild Mining’s Annual General Meeting executive chairman of the company Eduardo Hochschild, painted a very optimistic picture for the shareholders.

He began by stating that the last financial year (2012) was, once again, a very successful one for our Company, with considerable progress achieved thanks to the successful implementation of cost optimization projects designed to prepare the Hochschild Company for the challenges that lie ahead. These challenges include dealing with an ongoing and volatile price environment as well as large-scale construction projects that the company is involved in.

Hochschild went on to advise the shareholders that total production at the company’s silver mines reached a total of just over twenty million ounces of silver, exactly in line with expectations, producing a turnover of $818million, with earnings before interest, taxes, depreciation, and amortization ( EBITDA) of $385 million. These figures produced equivalent earnings of 19 cents per share, with the Hochschild board announcing at the meeting that they had decided to maintain the total dividend of six cents per share.

With the approval of the feasibility studies at the companies two well advanced projects, Inmaculada and Crespo, Hochschild looks forward to increasing production considerably over the coming years not only by developing new fields but by way of selective acquisitions. In November of last year, the company announced the acquisition of Andina Minerals, whose ongoing Volcan mining project has presented Hochschild with an attractive opportunity to increase income, with the price significantly paid for Andina Minerals being well below what could be regarded as current market value.

Eduardo Hochschild did go on to point out that the Andina Minerals acquisition needs to be regarded as solely a long-term project, while providing the company with a viable option to diversify our asset base by building a strong presence in what is being regarded in the industry as one of the most mining friendly jurisdictions.

Also needing to be taken into account, according to Hochschild, is the recent volatility in the precious metal markets which has reached sufficiently extreme proportions to cause the company to implement a form of action plan with a view to conserving capital while optimizing cash flow.

Hochschild wound up the AGM, by expressing his personal thanks as well as those of the rest of the Board, for another year of resilient performance, and for the continued support of the shareholders.

The founder  Moritz (Mauricio) Hochschild was born in 1881, in Germany to a family who already had a rich mining tradition. Hochschild continued in the same vein studying mining and engineering at the Freiberg University of Mining and Technology. After graduating, Hochschild gained his first practical experience working with the large industrial conglomerate Metallgesellschaft, whom he joined in 1905. . Looking to broaden his experience on the international market, Hochschild first made his way down south to the warmer climates of Spain, later making the long trip to Australia, and from there covering the other half of the world eventually arriving in South America to work.

Moritz (Mauricio) Hochschild was to remain for almost 10 years in Chile where he was involved in the mining industry, returning to Germany to see out the first World War. After the war, Hochschild returned to South America where he succeeded, during the following two decades, who build up a considerable economic empire based in Bolivia mining tin ore, but that stretched as far as to Chile in the south and Peru in the north.

However as World War II approached and the political situation in South America became increasingly unstable, Hochschild left the continent to run his business from Europe will continue to prosper and grow eventually being listed on the London Stock Exchange in 2006, almost 20 years after Moritz Hochschild passed away.