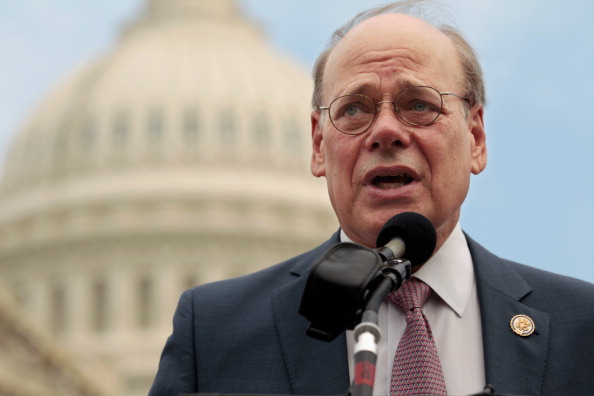 The New York Times reports that Steven A. Cohen has received a subpoena to testify before a Grand Jury in the United States Government’s insider trading investigation into his hedge fund, SAC Capital Advisors.

Neither the firm nor Mr. Cohen, a 56-year-old billionaire who both founded and owns it, has been charged with any wrongdoing. Mr. Cohen affirms that he has behaved appropriately at all times.

A Grand Jury is a uniquely American judicial process, held behind closed doors, in which prosecutors lay out the basis for a possible prosecution to a Jury prior to any charges and indictments being laid. Its’ proceedings are secret and those subpoenaed before it can be charged with perjury if they should provide testimony that subsequently turns out to be false in any criminal proceedings that later ensue. It is often also a form of “fishing expedition” where prosecutors seek to grill defendants and turn up information that may then be used against them later on.

SAC, which is based in Stamford, Connecticut, manages funds of $15 billion and has one of the best investment track records on Wall Street, reportedly posting consistently large returns to its investors over the last two decades. SAC manages 40% of the money on behalf of institutional investors and the rest belongs to Mr. Cohen and his family.

SAC employs over 1, 000 financial and other professionals in five offices around the world, a number of whom have fallen under suspicion of insider trading: nine former or current SAC employees have now been linked to insider trading while working there. Four have pleaded guilty, and two others, Mathew Martoma and Michael Steinberg, are fighting the criminal charges against them and have declared themselves not guilty.

Two months ago in March 2013 SAC agreed to pay a record $616 million penalty to resolve two civil insider-trading lawsuits brought by the Securities and Exchange Commission. Those settlements involved the trading that led to the criminal charges against Mr. Martoma and Mr. Steinberg. $602 million of this was to settle claims that one of its units sold nearly $1 billion in shares of two pharmaceutical companies after a former portfolio manager at the fund received secret information from a doctor about problems with a new drug for Alzheimer’s disease.
Issued last week, the grand jury subpoena came as part of a broader round of requests from criminal authorities. Other SAC executives were also named in the subpoenas, the lawyers and executives said, and the fund itself received requests for information about its activities.

SAC which had so far cooperated with the government’s inquiry, appeared to balk at some of these new requests. On Friday, SAC its investors that it was no longer fully cooperating with the investigation.

“While we have in the past told you of our cooperation with the government’s investigation, our cooperation is no longer unconditional, ” said a letter from SAC to its investors.

There is a five year statute of limitations for insider trading which, for the specific cases involved, appears to run out this summer so the Government is trying to accelerate a process of discovering whether it has a sufficient case against SAC, as opposed to having a case against just some of its individual employees. Mr. Cohen himself has not been charged with any crime and there is no suggestion that he will be.

Nevertheless, the curbing of the fund’s cooperation may suggest that Mr. Cohen, rather than testify before the grand jury and be subject to questions from prosecutors on a broad range of topics, might well prefer to assert his constitutional right against self-incrimination in order to, amongst other things, avoid being caught out in any potential lie that could lead to perjury charges – a favourite trick of prosecutors everywhere and here is no exception.

Since investigations, and possibly a prosecution, are not good for business SAC are worried that some of their investors may withdraw money from the firm. Indeed this may even be the government’s objective – to force SAC to essentially privatize and manage only its own money; an essentially administrative form of extreme punishment for the deemed crime of insider trading, even if not ultimately provable as such.

And therein lies the rub; it is not a crime to be successful, far from it but so much consistent success over so many years tends to draw attention to yourself and sometimes investigators to ask if maybe insider trading must have been involved.

And if the world’s oldest profession is prostitution, insider trading may run it a close second. People have traded goods and services since the beginning of time – since humans began to gather in towns and cities, and everyone involved in it has always sought an edge; knowledge matters. When it comes to trading in publicly traded securities, however, there are strict rules and elite traders know what these are and generally strive to act within them. Sometimes it can be just too tempting for an individual to act on a privately discovered piece of important and useful information however and then the trouble starts. For a whole firm to systemically engage in it would be something else entirely and much more disturbing. Steven Cohen fully deserves the presumption of innocence in this regard until proven otherwise.