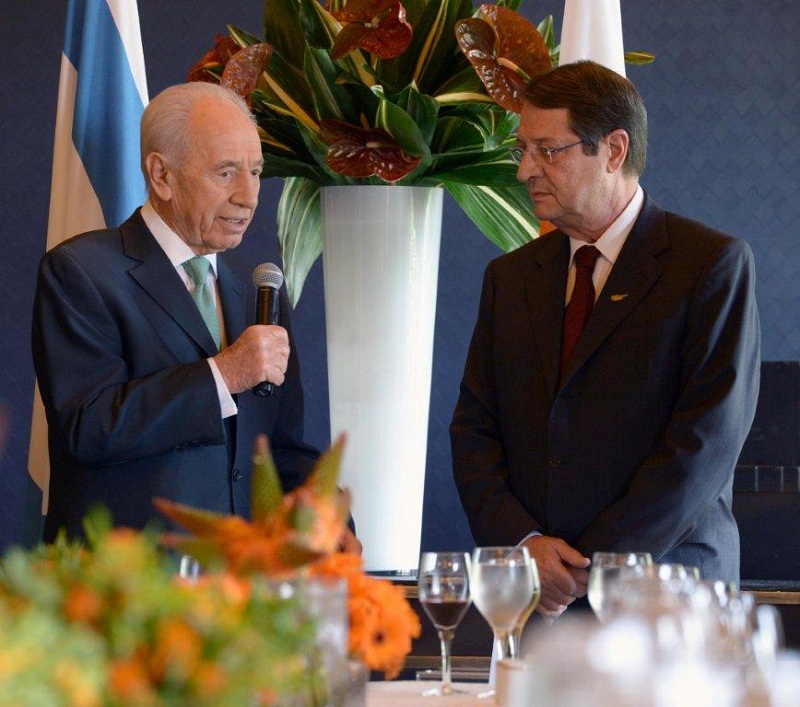 Cyprus President: Let Us Be your Gate to Europe

President Shimon Peres met last week with Cyprus President Nicos Anastasiades, who is visiting Israel along with a senior government delegation. The two held a working meeting, which focused on the discovery of natural gas in the Mediterranean
President Peres welcomed the cooperation between the two countries in the field of energy and said, “Cyprus is an important strategic partner for Israel”.

The Cyprus President stressed the commitment of Cyprus to Israel and meanwhile also out revealed that Cyprus and Israel are negotiating the signing of a double taxation agreement.  Cypriot and Israeli business leaders and government officials  participated in a business seminar hosted by the Cyprus Chamber of Commerce and Industry, and the Federation of Israeli Chambers of Commerce

Yiorgos Lakkotrypis, Minister of Energy, Trade and Tourism of Cyprus, said  that his country aims to be, in a few years, a major player in the oil and gas sector and eventually to export gas to Asia and Europe, and  offered to help transfer Israel’s own gas reserves also via Cyprus .  Minister Lakkotrypis also mentioned the new Open Sky Agreement’ which will allow competition and lower prices in Israel’s civil aviation market out. 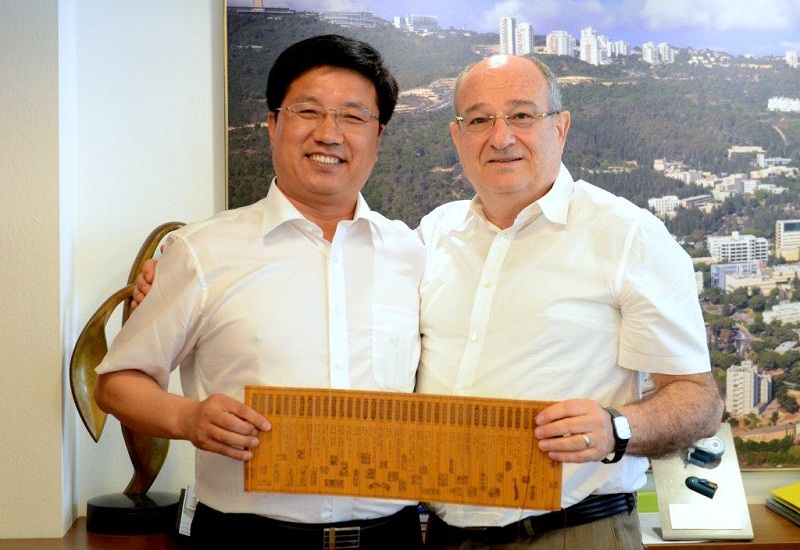 The Hanqing International Education Foundation, founded by Chinese businessman Zhao Hanqing, will provide support for top Chinese students to study at the Technion – Israel Institute of Technology over the next 20 years
Mr. Zhao said that his foundation will be signing similar agreements with the Hebrew University of Jerusalem and the Weizmann Institute of Science.
According to the agreement, the Foundation will select outstanding Chinese graduate students in Masters and PhD programmers?. Each student will receive scholarships worth up to $35, 000 each year. The Foundation will begin with five students per year, increasing gradually to up to 25 students  per year within five years
The agreement will run for 20 years and is valued at over US$ 8 million.
Technion President Professor Peretz Lavie welcomed the agreement.  “The signing of this agreement is a step towards our increasingly close collaboration with the Chinese academy”.
– 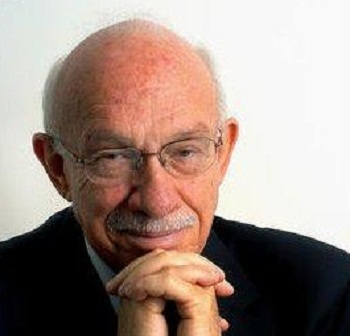 For the First Time a Non-Physician will head Hadassah Hospital

The Chairwoman of the Hadassah Medical Organization Esther Dominicini announced that Avigdor Kaplan has been named Director-General of the Hadassah Medical Hospital in Jerusalem.
Kaplan, 73, is an Economist previously served as the Director General of Clalit Health Services and as Chief Executive officer of Clall Insurance, and is a board member of many companies.
Hadassah ideally wanted to continue its practice of hiring a Physician to run the organization, which is owned by the Hadassah Women’s Zionist Organization of America,  but no serious physician was willing to take on the administrative job given the financial problems of Hadassah which has an accumulated deficit of NIS 200 million.

Hadassah Women’s Zionist Organization of America President , Marcie Natan, said that Kaplan was a manager of world stature and he is coming at a time when his management abilities are needed to heal Hadassah’s financial problems. 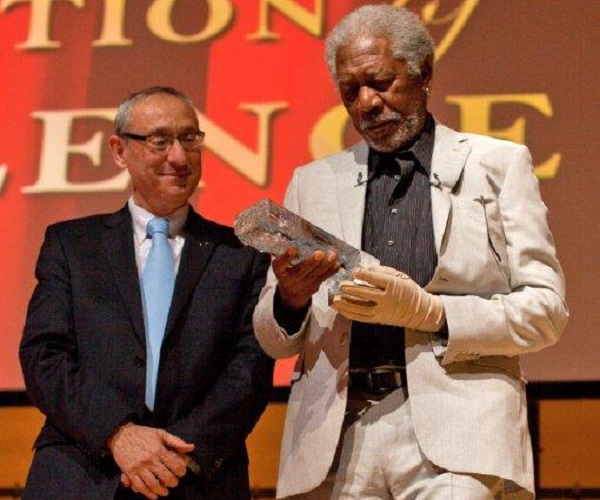 Academy Award winner Morgan Freeman was honored last week with the Jake Eberts Key of Knowledge Award at a gala reception hosted by Canadian Friends of the Hebrew University of Jerusalem (CFHU).
The award celebrates Freeman’s dedication to combating racism and promoting knowledge and education worldwide. The gala was held at the Toronto Centre for the Arts and was attended by more than 700 guests.
The event raised $2 million for the Institute for Medical Research Israel-Canada (IMRIC).  Funds raised will also establish a scholarship fund for international students participating in the Public Health and Community Medicine Program at the Hebrew University.
The Jake Eberts Key of Knowledge Award, which is named in honor of the late film producer Jake Eberts, was handed to Freeman  by Professor  Menahem Ben-Sasson the President of Hebrew University of Jerusalem.