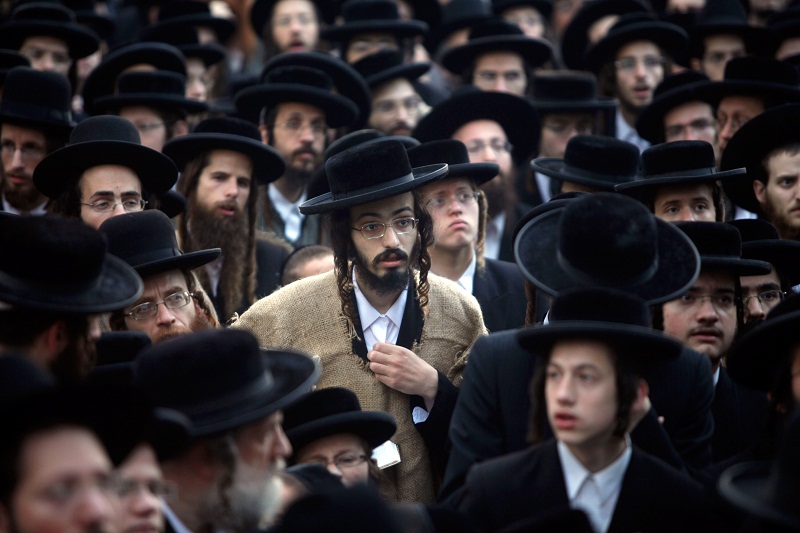 Haredi (ultra-orthodox) magazine “Mishpacha” terms an initiative in the community “to help the world of the Torah get through the years of distress with a minimum of harm.”
In today’s issue, in an article entitled “Supporting the Torah”, “Mishpacha” reports that a number of haredi tycoons have been recruited for the plan to minimize the “damage” planned by the government and Minister of Finance Yair Lapid in cutting budgets for yeshivas, and the economic sanctions against yeshiva students who will not serve in the IDF.
“Mishpacha” says that the plan’s initiator has obtained from haredi MKs precise data, which indicate that “the measures to be imposed on the world of the Torah” will cut $100 million from the yeshiva budget over the next 18 months. It adds that this is the target that the haredi tycoons hope to raise for the special fund, which will be established in a few weeks.
“Mishpacha” adds that a meeting of wealthy haredi has been summoned in two weeks, and that some of them who have already confirmed their participation, are donating huge for Torah institutions and “outreach”. Projects in the sector have reportedly been cut to an absolute minimum to help yeshiva heads “bear a burden which has become too heavy to bear”.
“Mishpacha” reports that the tycoons’ activity will focus on two levels: filling the yeshivas’ treasuries, and boosting the income of students. There is also an initiative to foster employment and training of haredi women in jobs consistent with the haredi way of life.
The fund will raise the money over the next 18 months, “in the hope that by then, the government will be replaced by a government more congenial to the haredi public, ” “Mishpacha” writes.
Published by www.globes-online.com