Rabbi David Zilbershlag: The smartphone is needed for haredim to earn a living. 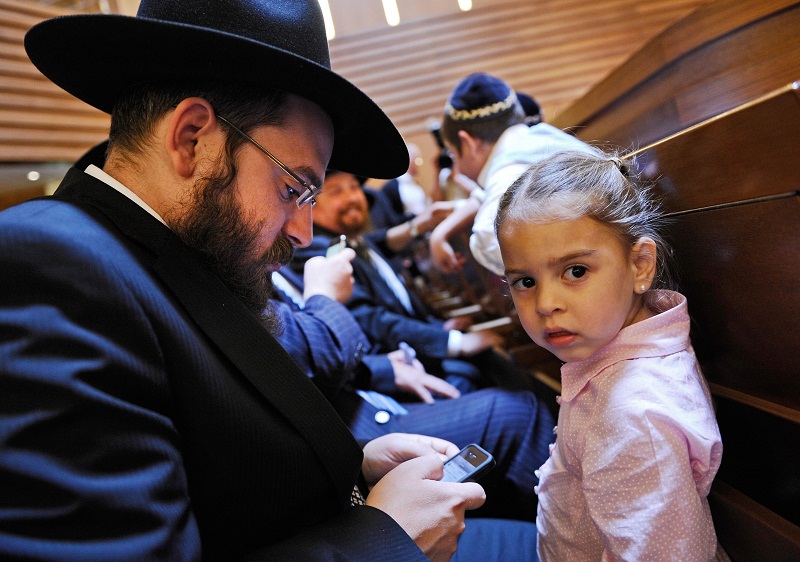 A smartphone approved by a rabbinical committee will soon be launched in Israel, announced Rabbi David Zilbershlag at the Ariel Conference for Ethics in the Media last week. Until now, haredi (ultra-orthodox) rabbis has strongly opposed advanced mobile devices, claiming that they are corrupting. Zilbershlag said that the smartphones would handle e-mail.

Zilbershlag said that such a device was needed, in part because of the need for haredim to earn a living, and that it would provide a response similar to the “levels of kashrut” in previous generations of mobile phone. He estimated that 40% of haredim go online, but that the Internet was still not part of the haredi home. He said that the Internet was seen as “the greatest threat of all time” to haredim.
Zilbershlag believes that the haredim will have to establish their own Internet in the future, similar to the closed Internet operated by the Pentagon, in order to create “a clean environment with boundaries.”
Academic College of Israel in Ramat Gan president Prof. Avinoam Reches, who also serves as chairman of the Israel Medical Association’s ethics bureau, also spoke at the conference. He said that 25% of respondents in a Medical Association poll said that they had changed their medical treatment on the basis of information found online, and without consulting their doctor. He said that, in recent years, doctors have seen a substantial and unjustified increase in anxiety about common symptoms caused by online searches.
Published by www.globes-online.com

In this article:smartphone, ultra-orthodox, Finance