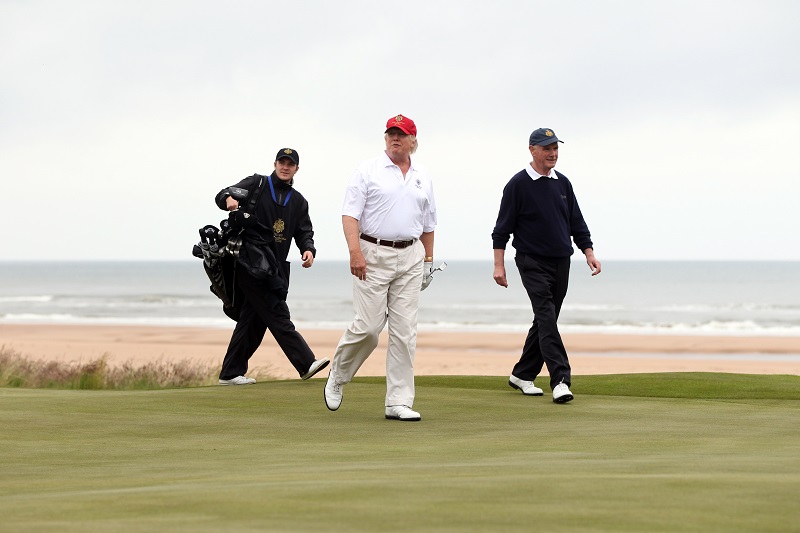 The Israeli newspaper Globes quoting unnamed sources identifies Donald Trump as “the most prominent figure interested in building a golf resort on an … 210-acre site on” a prime stretch of Israel Mediterranean coast, adjacent the Nitzanim Nature Reserve near the southern coastal city of Ashkelon.

Globes’ reporter Shlomit Tsur knows to tell her readers that the Israel Land Administration Council “will approve [the] sale in a month, after years of delay.”  The project, according to the Globes’ article,  would include an 18-hole course, a hotel with 650 recreation units, a convention center,  a country club, and commercial space.

Globes’ unnamed sources have leaked it a letter Trump had sent Ashkelon’s Mayor Benny Vaknin, where he is quoted to have said: “I am excited about the plans to build a world-class golf center along the beautiful Mediterranean coast.  I have great affection for Israel and its people, and I believe that Israel is a worthy place to be included in the list of communities which host Trump golf centers.”

As usual, there will be those who’d welcome the project for its contribution to the economy while others will be up in arms against it and its effect on the delicate environment in the area.  Trump is savvy enough, as indicated by his honey-dripping letter to the mayor and by his ability to overcome the bastion of Israeli red tape – the Land Administration Council — to smartly nurse his project along the path to success.

In this article:Israel, Donald Trump, Finance