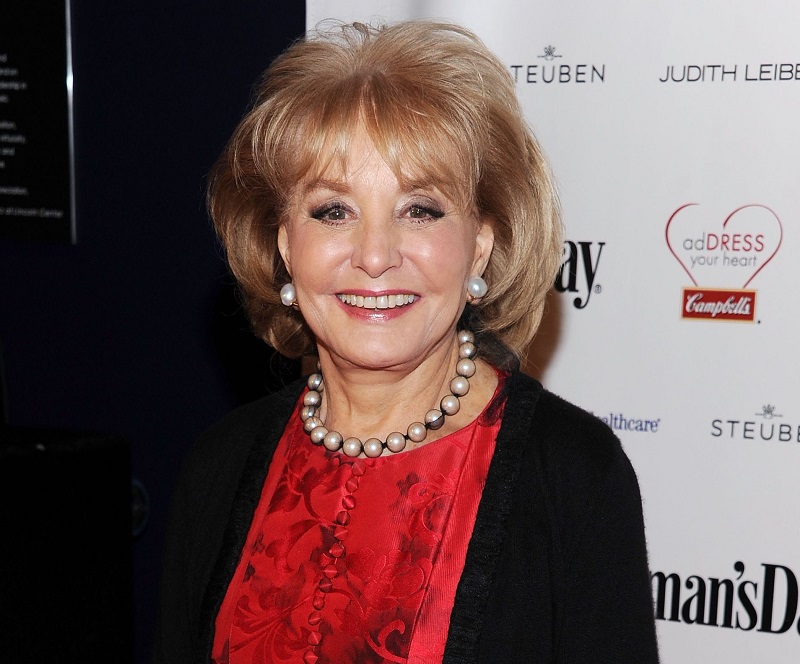 Barbara Walters, who in 1976 became the first woman to anchor one of the daily network television news shows in the U.S., announced late Sunday that she will retire

next summer (14), but will continue to anchor and report for ABC News and appear on ‘The View’ until then.

In a statement published on the ABC News website, Walters says, “I am very happy with my decision and look forward to a wonderful and special year ahead both on The View and with ABC News. I created The View and am delighted it will last beyond my leaving it.”

Walters, 83, began her career in TV journalism in 1961 at NBC’s morning news and entertainment program The Today Show. Five years later she moved to rival ABC to co-host the influential Evening News, a first for a female journalist.

In recent years Walters has been best known for her role co-hosting  ‘The View, an informal daytime talk show she created in 1997. The show features a panel of women discussing issues of the day, and has been a must-visit stop for U.S. presidential candidates.

Walters was born in Boston to Dena (née Seletsky) and Louis “Lou” Walters. Her parents were both Jewish, refugees from USSR (now Eastern Europe) Walters’ paternal grandfather, Isaac Abrahams, was born in Poland and emigrated to England, changing his name to Abraham Walters (the original family surname was Von Vasser).

Walters’ father, Lou, was born in London and moved to New York in 1909. He was a Broadway producer (he produced the Ziegfeld Follies of 1943). He also was the Entertainment Director for the Tropicana Resort and Casino in Las Vegas, Nevada, where he imported the “Folies Bergere” stage show from Paris.