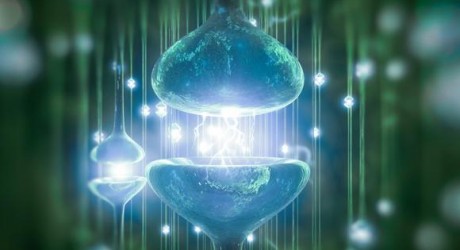 A debilitating mental illness, schizophrenia, can be difficult to diagnose. Because physiological evidence confirming the disease can only be gathered from the brain during an autopsy, mental health professionals have had to rely on a battery of psychological evaluations to diagnose their patients.

Now,  Dr. Noam Shomron and Prof. Ruth Navon of Tel Aviv University and Prof. Akira Sawa of Johns Hopkins Hospital in Baltimore, Maryland, have discovered a method for physical diagnosis — by collecting tissue from the nose through a simple biopsy. Surprisingly, collecting and sequencing neurons from the nose may lead to “more sure-fire” diagnostic capabilities than ever before, Dr. Shomron says.

This finding, which was reported in the journal Neurobiology of Disease, could not only lead to a more accurate diagnosis, it may also permit the crucial, early detection of the disease, giving rise to vastly improved treatment overall.

From the nose to diagnosis

Until now, biomarkers for schizophrenia had only been found in the neuron cells of the brain, which can’t be collected before death. By that point it’s obviously too late to do the patient any good, says Dr. Shomron. Instead, psychiatrists depend on psychological evaluations for diagnosis, including interviews with the patient and reports by family and friends.

For a solution to this diagnostic dilemma, the researchers turned to the olfactory system, which includes neurons located on the upper part of the inner nose. Researchers at Johns Hopkins University collected samples of olfactory neurons from patients diagnosed with schizophrenia and a control group of non-affected individuals, then sent them to Dr. Shomron’s TAU lab.

Dr. Shomron and his fellow researchers applied a high-throughput technology to these samples, studying the microRNA of the olfactory neurons. Within these molecules, which help to regulate our genetic code, they were able to identify a microRNA which is highly elevated in those with schizophrenia, compared to individuals who do not have the disease.

“We were able to narrow down the microRNA to a differentially expressed set, and from there down to a specific microRNA which is elevated in individuals with the disease compared to healthy individuals, ” explains Dr. Shomron. Further research revealed that this particular microRNA controls genes associated with the generation of neurons.

In practice, material for biopsy could be collected through a quick and easy outpatient procedure, using a local anesthetic, says Dr. Shomron. And with microRNA profiling results ready in a matter of hours, this method could evolve into a relatively simple and accurate test to diagnose a very complicated illness.

Though there is much more to investigate, Dr. Shomron has high hopes for this diagnostic method. It’s important to determine whether this alteration in microRNA expression begins before schizophrenic symptoms begin to exhibit themselves, or only after the disease fully develops, he says. If this change comes near the beginning of the timeline, it could be invaluable for early diagnostics. This would mean early intervention, better treatment, and possibly even the postponement of symptoms.

If, for example, a person has a family history of schizophrenia, this test could reveal whether they too suffer from the disease. And while such advanced warning doesn’t mean a cure is on the horizon, it will help both patient and doctor identify and prepare for the challenges ahead.