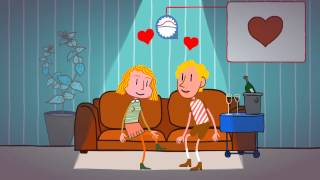 Beyond Verbal today launched a patented technology that can extract, decode, and measure a full spectrum of human emotions from a person’s raw voice.

The company closed a $2.8 million round of funding led by prominent angel investor Kenges Rakishev, and new VC, Genesis Angels. Following the investment, Mr. Rakishev is joining Beyond Verbal’s Board of Directors.

Beyond Verbal’s technology was founded on 18 years of research by physicists and neuropsychologists, who studied more than 60, 000 test subjects in 26 languages. Bundled into the company’s software are emotional detection engines that allow devices and applications to understand an individuals’ mood, attitude, and decision-making characteristics as they speak.

“Nearly two decades of research tells us that it’s not what someone says, but how they say it, that tells the full story, ” says Yuval Mor, CEO, Beyond Verbal, and 25-year technology veteran. “Beyond Verbal has the potential to impact numerous multi-billion dollar verticals and leverage a new market of emotionally-enhanced applications installed in any voice-enabled, voice-activated, or voice-controlled device. This opens up a new dimension of emotional understanding, called Emotions Analytics, giving humans and machines the ability to react in ways that were never before possible.”

Beyond Verbal licenses its technology, which holds four US patents, for partnerships in the fields of consumer applications, devices, appliances, and software, to name a few. The first third-party mobile app using its API is set to launch in the coming weeks, while the company is preparing to launch a web tool where people can use the platform to analyze voices.

Yuval Rabin, Chairman, Beyond Verbal, adds: “Beyond Verbal introduces a whole new dimension to human-machine interaction. Bringing emotions-understanding into our everyday life is a game-changer.”

Rabin’s sentiment was echoed by investor and Board Member Kenges Rakishev, who says: “Beyond Verbal’s capabilities open up a yet uncharted field of Emotions Analytics. This is an exciting venture to anyone interested in Artificial Intelligence and in the future of human interactions.”

In this article:artificial intelligence, Emotion, Board of directors, Finance