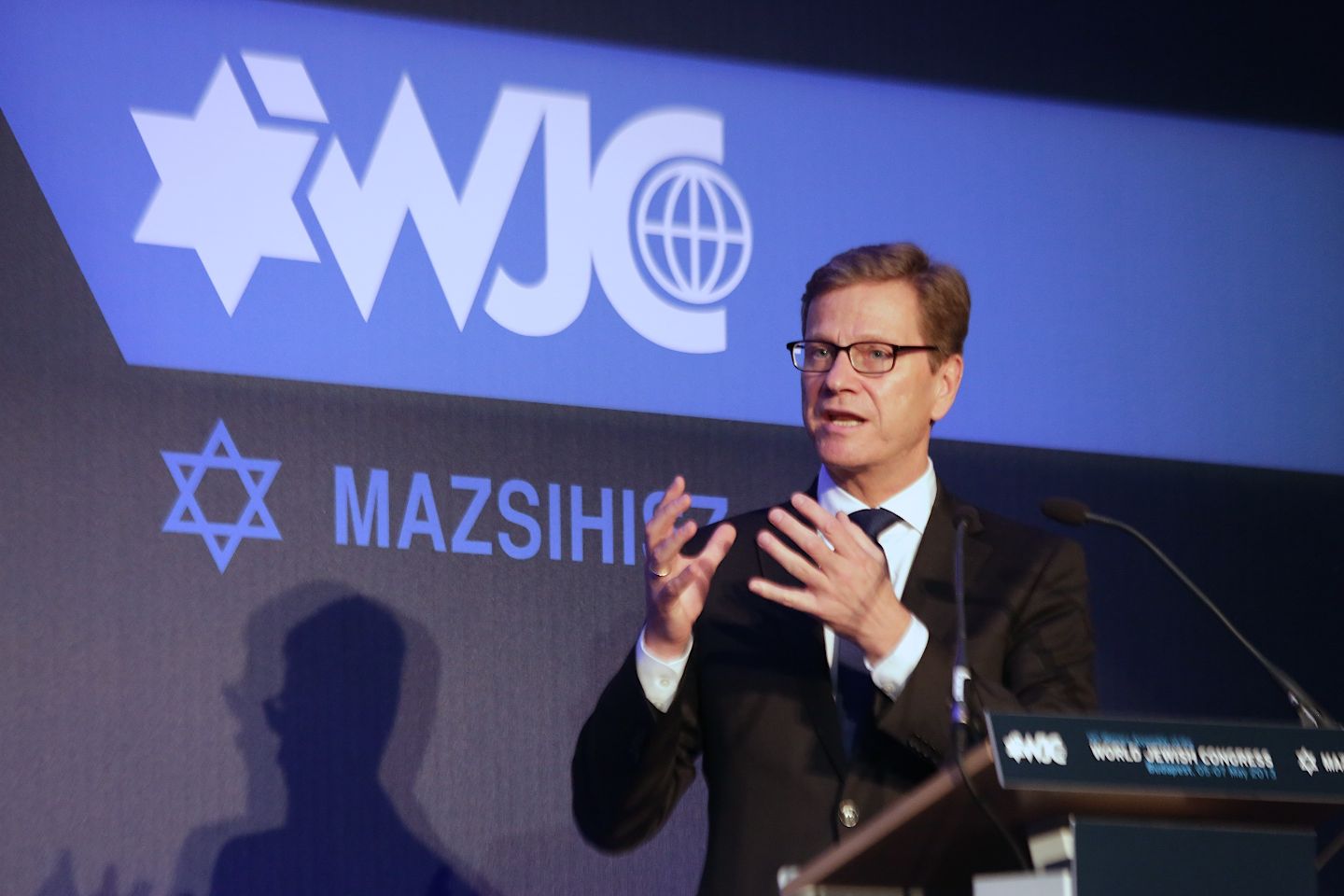 “Anti-Semitism has no place neither in Berlin, nor in Budapest, nor anywhere else in Europe or in the world, ” declared German Foreign Minister Guido Westerwelle at the World Jewish Congress’ (WJC) 14th Plenary Assembly in Budapest this morning, where he received a standing ovation from the room following his speech. The Foreign Minister’s remarks come at an alarming time when anti-Semitism is on the rise in several European countries, particularly Hungary.

“We are firmly committed to protecting and nourishing Jewish life in our societies and to countering anti-Semitism across the globe. We have to tackle the root causes of anti-Semitism, ” Westerwelle added.

The WJC, which is playing host to over 600 delegates and observers from their affiliated Jewish communities and organizations in 100 countries, decided to hold its Plenary Assembly in Budapest in light of these growing concerns. Other keynote speakers at the Plenary Assembly include Hungarian Prime Minister Viktor Orbán, Cardinal Péter Erdő, the archbishop of Esztergom-Budapest and current president of the Council of European Bishops Conferences, as well as various special envoys to the Middle East. Delegates will also elect today a new WJC Executive for the next four years.

The Plenary is organized in cooperation with the Federation of Jewish Communities of Hungary (MAZSIHISZ), the official representative body of Jews in Hungary. MAZSIHISZ President Péter Feldmájer declared: “The fact that the WJC is holding its Plenary Assembly in Budapest is a symbol of solidarity with our Jewish community, which has been faced with growing anti-Semitism in recent years. We look forward to welcoming the WJC delegates here in Hungary, home to the largest Jewish community in Central Europe.”

In this article:Hungary, Budapest, anti-Semitism, Finance