World Jewish Congress: “PM Orbán did not confront the true nature of the problem” 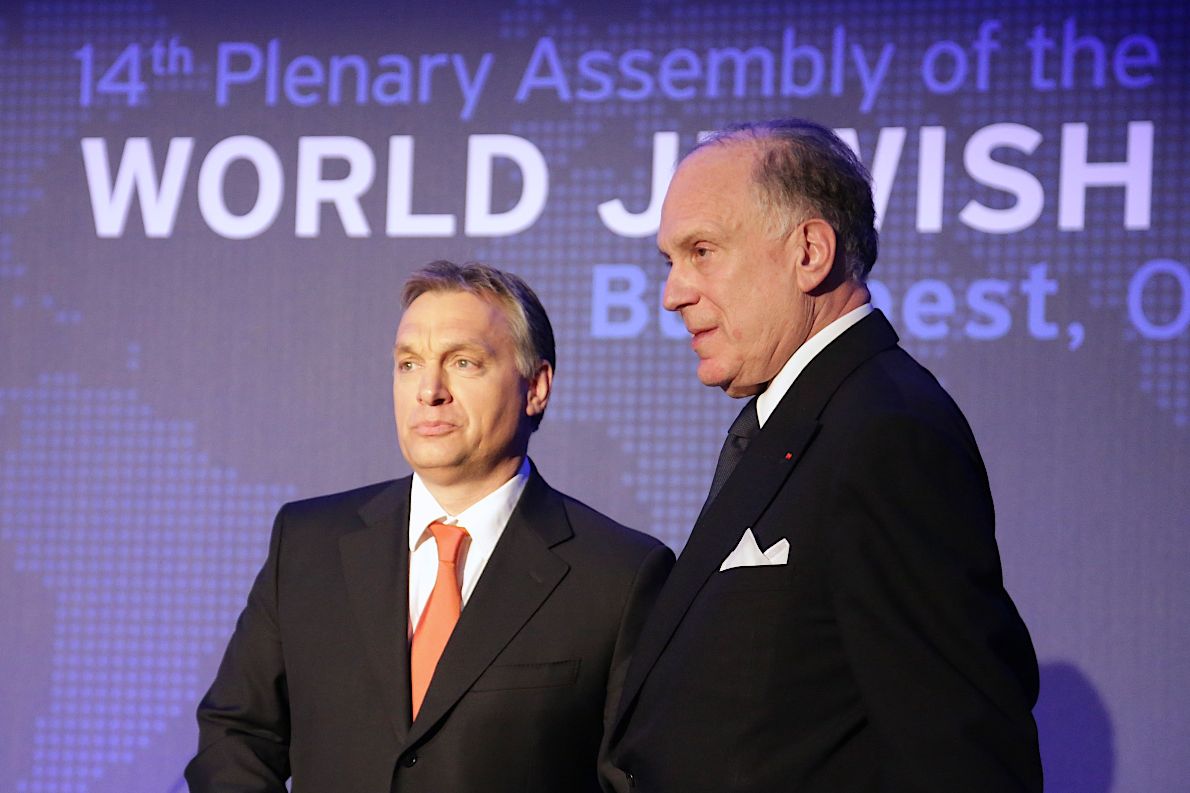 “Anti-Semitism today in Hungary is unacceptable and we will show zero tolerance in regards to it, ” declared Hungarian Prime Minister Viktor Orbán at the World Jewish Congress’ (WJC) 14th Plenary Assembly in Budapest this evening. The Prime Minister’s remarks come at an alarming time when Neo-Nazi political parties are on the rise in several European countries, particularly Hungary.

“We don’t want Hungary to become a country of hate and anti-Semitism and we ask for your help and experience in helping us solve the problem. History taught us that we should act fast and strongly against anti-Semitism whenever it arises. We will do whatever it takes to stop it, ” Orbán added.

President of the World Jewish Congress Ronald S. Lauder also spoke at the Assembly’s opening and urged the Prime Minister to take strong action against the Neo-Nazi Jobbik Party.
In response to Orbán’s remarks, the WJC issued the following statement:


“The World Jewish Congress appreciates Prime Minister Viktor Orbán’s decision to address the international Jewish community by speaking here tonight. We welcome that the Prime Minister made it clear that anti-Semitism is unacceptable and intolerable. However, the Prime Minister did not confront the true nature of the problem: the threat posed by the anti-Semites in general and by the extreme-right Jobbik party in particular. We regret that Mr. Orbán did not address any recent anti-Semitic or racist incidents in the country, nor did he provide sufficient reassurance that a clear line has been drawn between his government and the far-right fringe. As the Jewish people have learnt throughout history: Actions speak louder than words, no matter how well intended they are. The WJC will continue to urge all democratic forces in Hungary and elsewhere to combat with great determination rising extremism, anti-Semitism and hatred. We will continue to evaluate the situation in this regard.”

The WJC, which is playing host to 500 delegates and observers from their affiliated Jewish communities and organizations in 100 countries, decided to hold its Plenary Assembly in Budapest in light of these growing concerns. Other keynote speakers at the Plenary Assembly will include Germany’s Foreign Minister Guido Westerwelle, Cardinal Péter Erdő, the archbishop of Esztergom-Budapest and current president of the Council of European Bishops Conferences, as well as various special envoys to the Middle East. Delegates will also elect on Monday a new WJC Executive for the next four years.

In recent years,  anti-Semitic rhetoric and incidents have been on the rise in Hungary – home to the largest Jewish community in Central Europe. Just last November, a deputy of the far-right Jobbik party caused outrage by proposing in parliament drawing up a list of people “of Jewish origin (who) present a national security risk to Hungary, ” and last June, the Nobel Peace Prize laureate and Holocaust survivor Elie Wiesel returned Hungary’s highest state honor, saying that the government had been “whitewashing” the country’s role in the deportation of Jews during World War II. In recent years, the Jobbik party has been able to establish a strong presence in the Hungarian parliament, and support for the party continues to rise. Jobbik’s leaders believe that native Hungarians are superior to others and openly preach against minorities, including Roma (gypsies) and Jews.

The Plenary is organized in cooperation with the Federation of Jewish Communities of Hungary (MAZSIHISZ), the official representative body of Jews in Hungary. MAZSIHISZ President Péter Feldmájer declared: “The fact that the WJC is holding its Plenary Assembly in Budapest is a symbol of solidarity with our Jewish community, which has been faced with growing anti-Semitism in recent years. We look forward to welcoming the WJC delegates here in Hungary, home to the largest Jewish community in Central Europe.”