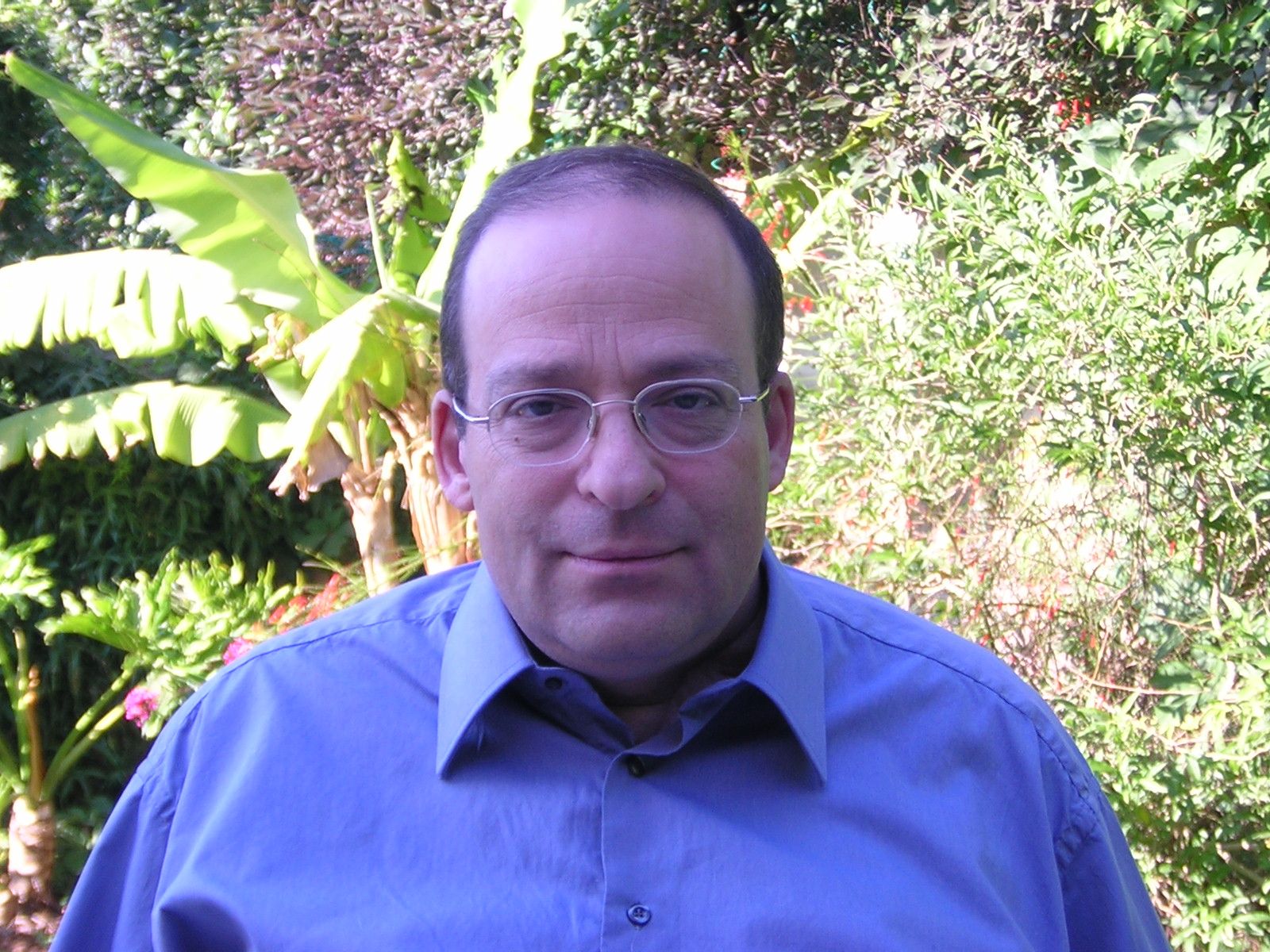 In the spring of 1988 Radi Kauf was a young Israeli at the age of 21, born and raised in the Druze village Isfiya, on Mount Carmel. After almost 3 years of military service, Radi has already started planning the traditional post- army service trip to the Far East, just for a period of a few months till he fulfills his dream and apply for dentist school. However, fate had intervened. During the IDF military operation called “Law and Order”, (aiming to eliminate nests of terrorists in the town of Maydun, located in the northern part of the security zone in southern Lebanon Kauf was severely wounded in the stomach as a result of terrorists  gunfire, and lost his consciousness. 19 days later he opened his eyes for the first time. A few days passed before the doctors told him that he would never walk again.

Exactly 25 years later I meet Radi at “Argo” headquarters at the Northern  city of Yoqne’am. Today, he’s a member of the company’s R&D team. And also serves as the chief experimenter and demonstrator of the Rewalk System. The bionic leg enables him to walk just like me and you. Radi shows me the two-minutes procedure of rising from a sitting position in a wheel chair to standing up, and then, equipped with a pair of special crutches and a small bag containing the system’s battery, he starts walking so fast that I must “chase” after him down the hall to take his picture. 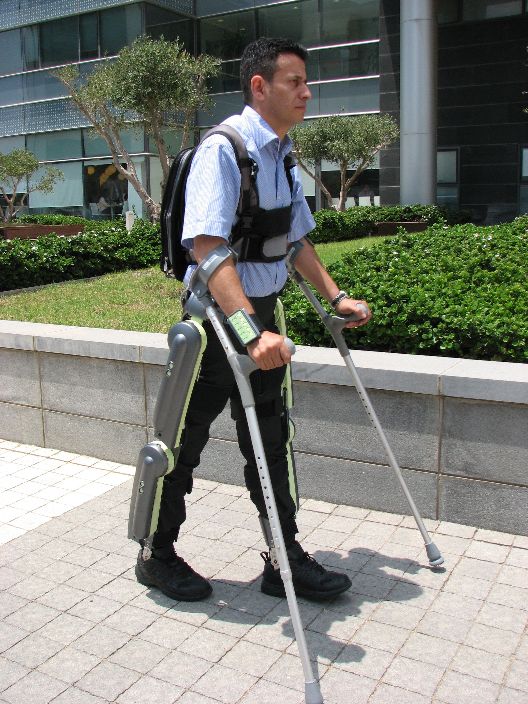 Argo was founded in order to perform the “mission impossible”: enable millions of people with spinal cord injuries to walk again, as some of them describe: “Look at the world again at an eye level”.

The mind beyond this amazing invention is Dr. Amit Goffer, PhD in Electrical Engineering. Goffer was a CEO of an Israeli medical start up. In January 1997 an ATV accident made him quadriplegic for life. Goffer has gone to a long rehabilitation process at a hospital. Today he admits that “the only ray of light was the love of his wife and his children, who kept the family together”.

After coming back home, Goffer lost interest in his former position. “As a scientist”, he tells me in his small office, “I could not realize how comes that towards the end of the 20th century disabled people have no other solution other than a wheel chair”. The first steps he made were physical calculations regarding a battery’s life cycle. In addition, he addressed friends and experts and asked them to evaluate the potential market. Goffer recognized the need for a suitable solution for millions of disabled people worldwide, and decided to act.

He started at home, with the assistance of a team of volunteers, the “Office of the Chief Scientist” and Tnufa fund, an Israeli foundation assisting individual inventors and startup companies during embryonic stages. Goffer and his team created the first demo of the bionic legs, now presented in the entrance to Argo’s headquarters. Goffer tells: “In 2004 I had already assisted 2 handicapped people that I had met at the” disabled swimming pool, They started walking!  I realized this was the point of no return”. Goffer has founded Argo In the Incubator Offices of the Technion. The support he got from the Chief Scientist’s “Tnufa” fund matched his initial investment of tens thousands of dollars. The Bird foundation assisted in financing the first clinical experiments in 2008 and set up the international marketing network.

– How did you do it? Many tried to create a walking system and failed. What is so unique about your device?

Dr. Goffer: “The human aspect. I know how it feels to sit in a wheel chair”. (It reminded me the phrase: “at an eye level. Y.S)”. The devices that have been developed in the past were based on robotic instruments, instead of human beings”. As opposed to that approach, Goffer and his team members are trying to explain to us, the walking people, how does it feel to look at the world from a wheelchair? Their reality demands logistic planning before leaving the house, and in many cases – the transport costs are pretty high. Goffer told me about his own birthday party, held in a fancy restaurant with ‘Wheelchair access’. :”The access is through a heavy load elevator, also used for empting the trash cans. The elevator’s ceiling was so low that my family members could not stand. When I finally came out of the elevator, I realized I had to cope with a stair or two… Such situations happen a lot of times, and I will do everything I can in order to help people to avoid them”.

Goffer adds: “Rewalk’s unique feature is the user’s full control over the system. The walk is intuitive and there is no need to stop and figure out the next step. The user presses the “stop” button only before climbing up or down the stairs.   At first he or she presses: “stand” mode and than picks “up” or “down” and goes on.”

Argo is employing dozens of employees, some of them are employed by its daughter companies in Boston, USA and Berlin, Germany, that also serves as the company’s European branch .It must be noted that the company spares no efforts in order to enter the American market. The system has successfully undergone through a series of clinical trials in a  Philadelphia hospital and is now in the process of approval of the FDA. In fact, there are two types of devices: a device used for training rehabilitation and another device for home use. The user passes a series of tutorials on – by experienced and trained physiotherapists, in a different medical  institutions around the country. “Just like driving lessons” explains Goffer.

DR Goffer and his team already met AIPAC representatives and Congress members, A few weeks ago Goffer also met president Obama, while he was visiting in Israel, and presented the company to him. Argo’s team was accompanies by Ms. Theresa Hannigan, a US army veteran, who became disabled as a result of a disease. Ms. Hannigan demonstrated the Rewalk system to the president, and asked him to do everything in his power in order to shorten the bureaucratic procedures and let the paralyzed people fulfill their dream to walk again. 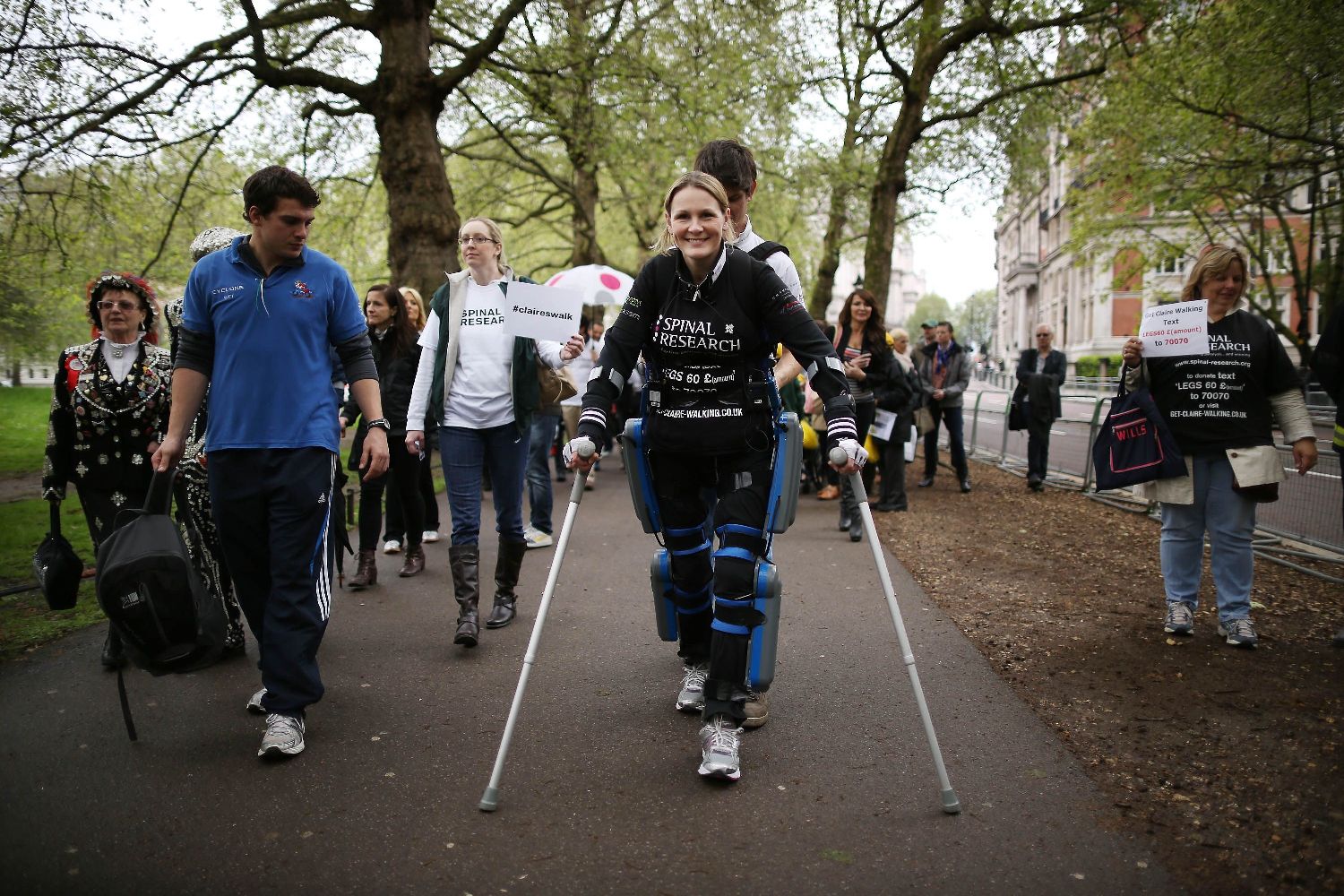 As opposed to the situation in America, the device can be purchased and used in many European countries, such As Britain, Ireland. Spain, Italy, Germany, Austria etc. The company website presents several European users testimonials, like Claire, a young British woman who became paralyzed from the chest down as a result of a horse riding accident. Claire is telling how much the machine contributed to her physical condition and lifted her spirits.

Dr. Goffer is hoping, that in a few years the company will be able to lower the system’s cost due to a shift to mass production. “The system passed all the European tests on the first trial, as well as the security and medical ISO standards. In addition, the user’s physical condition improves and enables him to be freed from a number of medications and physical aspects of prolonged sitting. There is no doubt that it contributes to the quality of living, lifts the spirits and the user’s self confidence”, we will get to it later.

Argo is on a road show. There is a growing international interest and abundant worldwide attention following the exciting reports on the success of the product. In addition, the company is in the midst of clinical trials, as part of the development of a device that can also help quadriplegics like Goffer himself, since the current device is not able to help him walk. Investors from many countries have expressed interest in the product., China and Japan and even Israel’s so called rival country, Turkey, recognized Argo’s revolutionary system.   Goffer remembers a meeting with Turkish marketers after a lecture in Zurich a few years ago. “Many  listeners did not believe me, but rather the Turkish representatives were early to recognize the potential.”

Back to Radii Kafue. He tells me about the Rewlak’s  user’s relative’s reaction. “My daughter has told me that now I’m like all the other Dads, says Radi. As a member of the R&D team I help the scientists to develop algorithms and improve the product. Due to his vivid personality he “breaks the ice”, as he puts it, and “proves other disabled people that it can be done”. In Tel Aviv last marathon he walked about 10 kilometers (6.2 miles) with the Rewalk. “The battery was still on, and the second backup battery has not even been activated yet”, he tells me proudly. Usually, the batter lasts a full work day or 3 hours of intensive walk. At the end of the day he enters with the system to his CRV car and drives home.

I spent almost 2 hours at Argo’s headquarters ant the time went by so quickly. When I’m packing my laptop, still emotionally overwhelmed , I can watch Radi walking off with his friends for lunch.