Pincus, one of the original Internet entrepreneurs and generally regarded as the number one pioneer of the social gaming industry, has released the first quarter figures for the Zynga Company which he heads – and they are not as bad as Wall Street feared. 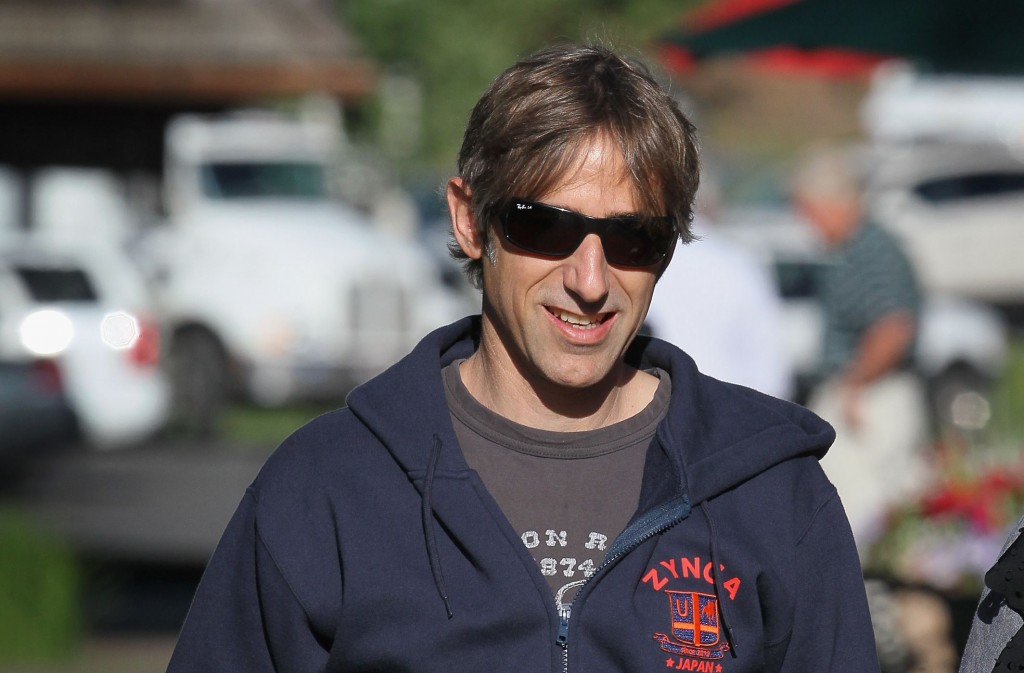 Wall Street was expecting the worst for the first quarter for Zynga the company Pincus founded in July 2007 and grew it to become worth a billion dollars with  a staff of close to three thousand, and a regular following that grew to  number around three hundred million users monthly.

Pincus, who already heads two successful Internet companies when he had an inspiration to establish Zynga which he shaped into becoming the number one social game designer and producer, with their games being played around the clock on a variety of social networks, particularly Facebook.

Among the best known names in the Zynga catalogue are Bubble Safari, CastleVille, CityVille, Draw Something, FarmVille, Zynga Poker and Mafia Wars.

Pincus, who was one of the first Internet investors to discover Facebook used his influence to launch his games through the social media leader when it began to take off and enjoyed the obvious benefits of the tremendous exposure that he enjoyed to build his company into the undisputed role as key developers of interactive Internet games.

However, things began to change when Facebook went public almost exactly a year ago and the investors, maybe including Pincus himself, began to expect the company to begin to monetize itself. That meant providing reduced coverage for social media games in general and Zynga in particular. This, coupled with the fact that many of Zynga’s regulars have migrated to mobile gaming, and the company being caught unprepared for such a rapid transition with many of their older and traditional games failing to make a successful transition to the mobile platform.

For that period, Zynga’s daily active users fell by a stunning 21 per cent in the first quarter to 52 million, with the number of active users declining by thirteen per cent to just over 250 million, while mobile platform users also dropped , but just by ten per cent to 65 million.

A combination of these factors meant that revenues for the company during the first quarter of 2013 took an eighteen percent decline to just $264 million which is much better than the $210 million that many Wall Street analysts had predicted.

Pincus, too experienced in the ways of the Internet not to be realistic, has protected further reductions in income for the second quarter of 2013, with the company deep in a period of re-organization. Expectations are for a turnover of around. $190 million, which is contrary to analyst’s expectations that have been causing earnings for the period of April to June of around $232 million.

After the quarterly figures were released, Pincus explained to disappointed shareholders that, for the immediate future, the focus at Zynga would be on developing increased interactivity in some of the companies longer established games, while at the same time developing newer games that will be able to interchange more easily the company’s stronger branded franchises, such as the highly popular FarmVille and CityVille.

The company is also in the process of developing some versions of real-money gaming to increase the circulation figures. So far this year they Zynga have launched one real-money game, their first, based on the globally popular Texas Hold ‘em poker game which has proved tremendously popular, both on Facebook desktop mode as well as on the leading mobile platforms. Other cash games are also reported to be in the pipeline at the Zynga development department situated in a number of locations in the United States with satellites throughout the world.

Mark Pincus was born and raised in Chicago where his father, Theodore Pincus, was well known as a business columnist as well as running a successful public relations business.

After with a Bachelor of Science degree in Economics from the Wharton School of the University of Pennsylvania Mark Pincus spent a number of years learning the ropes of the venture capital and financial services industries, working for two years as a financial analyst in New York with Lazard Freres & Co., after which he spent four years in exotic Hong Kong, filling a Vice President‘s post at Asian Capital Partners for two years.

After completing his stint in Hong Kong, Pincus decided that the time was right to gain his masters degree, which he did gaining an MBA from Harvard Business School, where he was responsible for founding of the Communications Club during his time there which came to an end in 1993 when he was 27 years old. .

After leaving Harvard Pincus was appointed manager of corporate development at Tele-Communications, Inc., which have since become part of AT&T Cable, later joining. Columbia Capital as Vice President, where he had his first encounter with the fast growing world of hi –tech as head of the department that handled investments in new media and software startups.

Mark’s time at Columbia Capital obviously gave him a taste for the opportunities available in the industry and just a year later, in 1995; he launched his first startup, a push technology service under the title of Freeloader, Inc., which he succeeded in selling after just seven months picking up a cool $38 million.

It took Pincus just a few months to establish his next hi-tech venture, Support.com, which he succeeded in building into one of the Internet’s leading software providers for the service and support industry, taking the company public in 2002.

The following year, Pincus now thirty-seven and among  the key players internet players established his third Internet start-up, Tribe.net, regarded by many as being among the forerunners of the social network websites

Apart from an Internet pioneer in his own right, Pincus developed a knack for discovering potential in the hundreds of start-up companies springing up on the West Coast of America and became a founding investor in such industry-leading internet successes as Facebook, and Twitter among a few others.