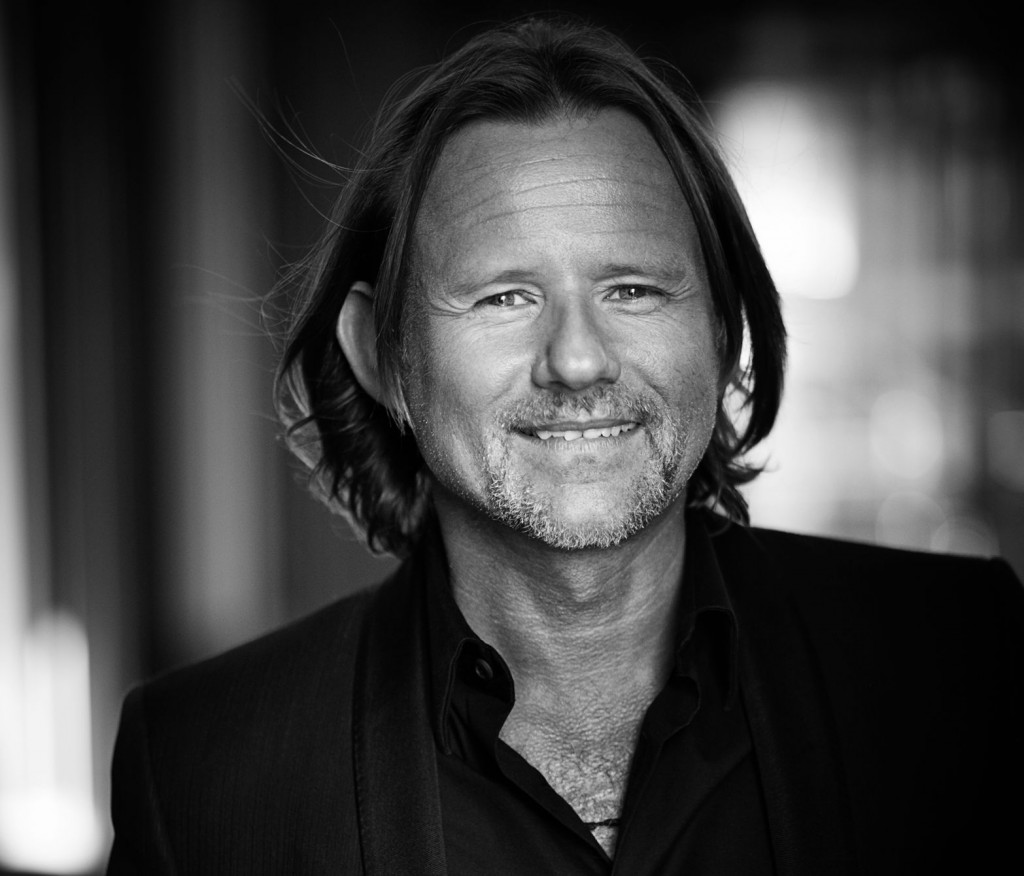 Ariel Schiff, one of two partners of the AMANO Group, a Berlin hotel company, got into the hotel business  “completely by accident”.

Ariel, 47, is not married and has no kids, but he does have a beautiful dog that follows him around. Born in Germany, he grew up in Spain until the age of 17. His father owned night clubs in Spain, a fact that contributed somewhat to his ease with people and entertainment spaces. After high school, he interned and worked in a hotel for about two and a half years and realized, “It’s not for me. Very low pay. Difficult hours. I decided to stay away from the hotel business.”

After graduating from university with a degree in business administration, he realized that the German real estate market was booming so he decided to exploit it in northern Germany. He and his business partner, Artur Süsskind, were doing well until one of their tenants in Düsseldorf, who ran a hotel,  went bankrupt.

“We didn’t have much choice so we decided to take it over and put the hotel back on track. With my past experience, I was able to rescue the hotel. This was my first hotel and it was completely by accident, but I don’t regret that move at all, ” says Schiff . “We realized we know how to do it and we wanted to do it more.” Now, after 20 years, they own two hotels in Berlin, one in Neumünster, and one in Düsseldorf, with yet another one on the way in Berlin.

Hotel Amano, located in the heart of Berlin, was the first hotel that Schiff and Süsskind built from scratch on an empty lot they purchased 15 years ago. The 163-room hotel has a warm atmosphere that is felt from the moment guests arrive at the reception desk, where they are greeted by smiling, and attentive staff. The facilities include a fashionable  bar and a comfortable dining room in brown and orange hues, where an abundant Israeli buffet-style breakfast awaits guests.  “We’re a three-star hotel  with a four-star feel. Every room is equipped with free internet, a flatscreen TV, and a safe, ” says the owner. 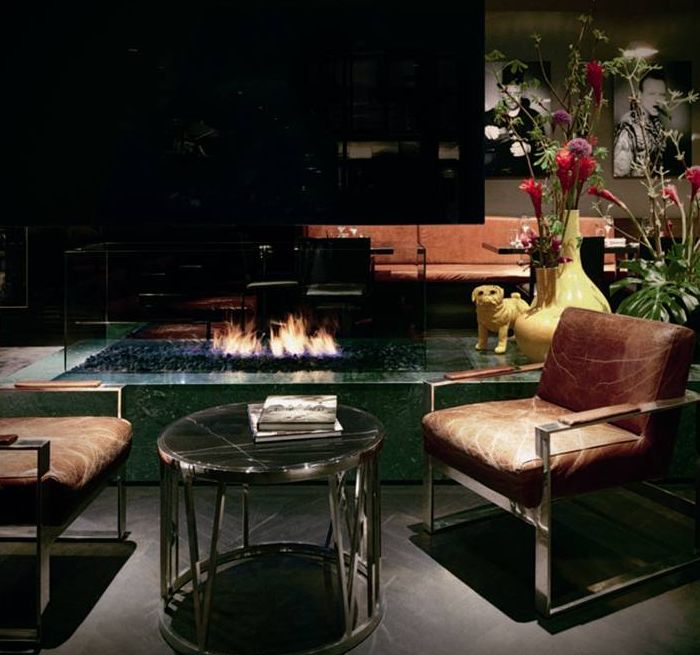 Schiff constantly prowls around his hotels ready to pull out another idea from his pocket, with his business partner ready to back him up. “My partner is the money guy – the support behind the business. I find it very essential for the business to always stay passionate – constantly finding new ideas to keep it exciting and different from the others. We have a very cool bar that was already won awards for its outstanding bar team, with great, stylish music and specialty drinks. It used to be boring to go to hotel bars, but today it’s very in. I travel around the world, at least once a year to New York City, and find out what works best. I’m always looking for new ideas that.”

The Hotel Amano is known for throwing outstanding parties, whether by the art world or fashion elite who book the bar and other event spaces in the hotel.  The hotel has become a destination in Berlin for hip traveling professionals but also for serious business engagements.  Five conference rooms are housed in a separate building, providing spaces that accommodate groups of different sizes.

The secret of the AMANO Group’s success seems to be the constant infusion of new ideas that make the hotel stand out. Schiff is constantly thinking outside the box, keeping his hotels fresh with ideas like a hotel mobile application that each guest can download for free, giving them up-to-date information about what museum exhibitions are open; Berlin’s best restaurants, theater and other entertainment information.

“We recently opened  a “Burned Restaurant” on Friedrich Strasse – yes, we created a restaurant and then burned it. The experience of dining in a burned restaurant is like nothing else. We’re planning to open the Amano Pizzeria next autumn and a night club on the roof, ” enthuses Schiff. He is also involved in community activities and has done a lot of work with children on the theme of combating racism in collaboration with World Jewish Congress President Ronald Lauder.

Although he shies away from placing a value on the AMANO Group, Schiff estimates it to be worth roughly $15 million. He feels that the monetary value doesn’t really indicate how good the business is. The real value is in the great services and ideas he can offer to his guests. He’s looking forward to the fourth hotel to be built in Berlin right in front of the new central station at Hamburger Bahnhof.

But the real dream he’s engaged in exploring is to build within two years a hotel in another country in Europe, and maybe that means going back to the country that raised him: Spain. 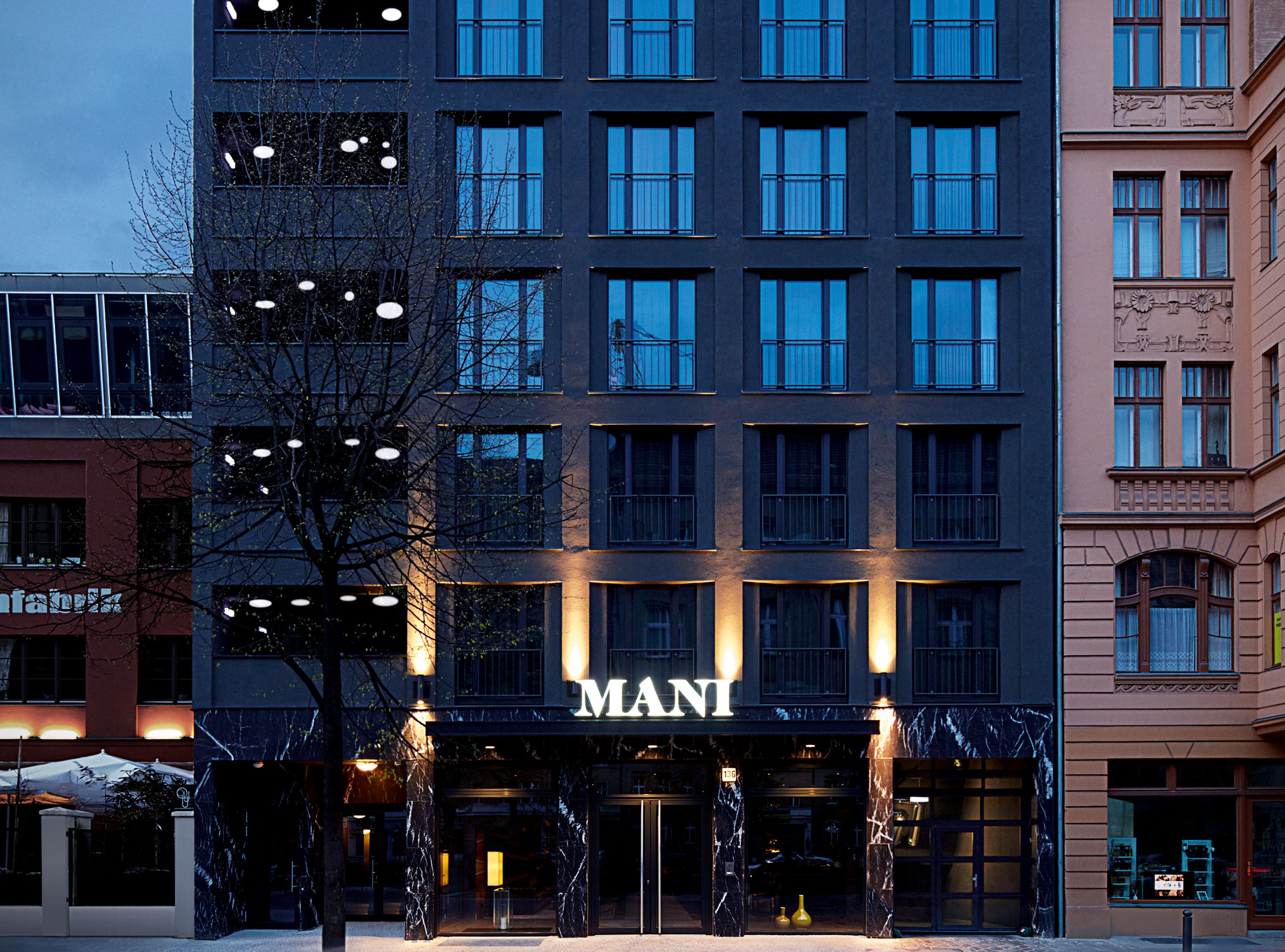