Private citizen Ehud Olmert, former Prime Minister of Israel, is to become Chairman of a new venture investment firm “Genesis Angels” in an announcement he made via the Associated Press at an unofficial press conference at the end of last week.

The new company was founded by Kazakh businessman Kenges Rakishev and Moshe Hogeg,  the Founder and CEO of Mobli – an Israeli start-up in which Rakishev has already invested. Both founders will serve as General Partners in the new venture while Olmert will serve as its Chairman.
– 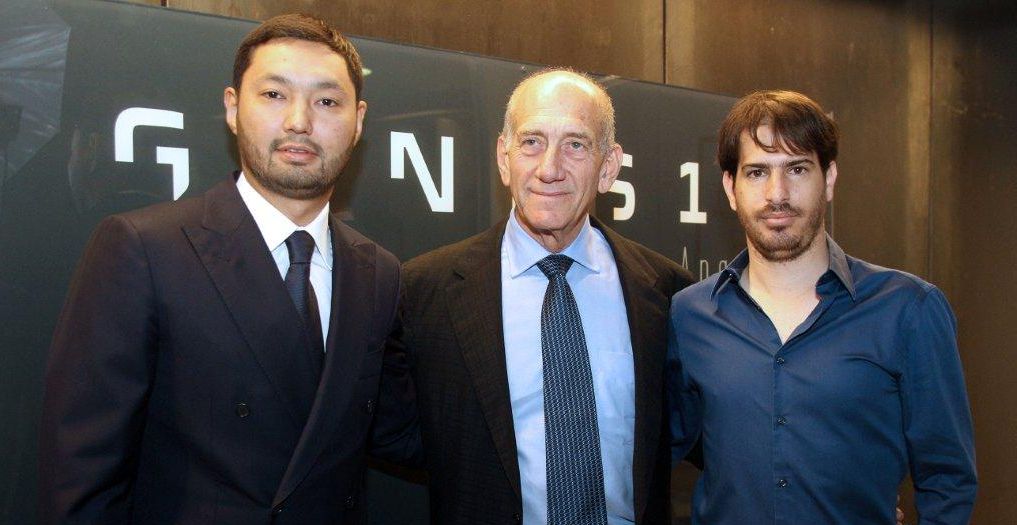 –
To date the portfolio is mostly comprised of existing investments already made by Rakishev himself, who at one time is said to have been rated by Forbes as one of the 50 most influential people in Kazakhstan. It is also stated that he has previously invested more than $20 million in Mobli and $5 million in Triplay, both high tech start-ups which were founded here in Israel.
The new venture firm states on its web site that it has an interest in the following areas as being key to the future: artificial intelligence, robotics, augmented reality, virtual reality and other new and innovative technology areas.
When somebody asked Mr. Olmert at the announcement of the new venture what would happen if he returned to politics, and could there then be a conflict of interest, he replied that he had no interest in returning to politics and that he was completely focused on business these days, and on hi-tech activities in particular.
“The Israeli relative advantage in high technology is not permanent and guaranteed forever, ” Olmert told AP. “It can change if there will not be enough investments in these areas of research and development.” Olmert also criticized the current government, saying that not enough was being invested in the area in which Israel enjoyed an advantage.
The idea that we are neglecting our engineering and high-tech roots, and killing the golden goose thereby, is a common refrain from the business community so it is good to see an ex-politician stand up and try to do something about it.
In this article:Israel, Start-Up, Forbes, Ehud Olmert, Moshe Hogeg, Mobli, Kazakhstan, artificial intelligence, robotics, augmented reality, virtual reality, Finance