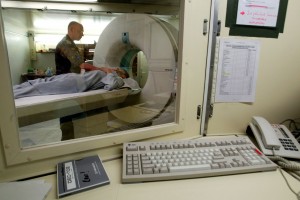 Please help us out :
Will you offer us a hand? Every gift, regardless of size, fuels our future.
Your critical contribution enables us to maintain our independence from shareholders or wealthy owners, allowing us to keep up reporting without bias. It means we can continue to make Jewish Business News available to everyone.
You can support us for as little as $1 via PayPal at office@jewishbusinessnews.com.
Thank you.
In the past year, two Israeli medical devices companies – Brainsway Ltd.(TASE:BRIN) and Home Skinovations Ltd. – decided to forego Nasdaq offerings. They were not alone. The Nasdaq primary market for medical devices companies has been moribund for years, and only recently showed small signs of recovery. In contrast the mergers and acquisitions market in the industry continues to thrive. Many European life sciences companies have global operations and target the US market. “The M&A market is booming, because big companies have generated a lot of cash in recent years, but they have not grown, ” UBS life sciences analyst Martin Wales told “Globes”. Some of the acquired companies had gone public in balmier times for IPOs by medical devices companies. He says that the average multiple for such acquisitions was 3.6.Wales says that there is a lack of good companies to buy, and that it hard to find growing innovative companies with sales of tens of millions in dollars or higher, let along profitable companies. “The big companies aren’t interested in paying for innovation without proof, nor are they enthusiastic about paying a premium to be the first in the market, ” he says. “It’s now clear that the first to enter the market, to innovate, has the hardest work, and the second to enter the market does great, if it has strong enough selling power.”

Building a company suitable for acquisition sometimes takes a decade after entering the market. Big medical devices companies are now realizing that if they don’t invest in early-stage companies, they won’t have anything to acquire. In the past few months, they have tweaked their acquisition model. This is not yet a return to acquiring new start-ups, but reapplying the profit-sharing model or deferring payment until the start-ups can prove its product. This model is well-known in the pharmaceutical industry, where investment with an option for royalties or acquisition in stages is common. “44% of deals in the past two years were deals with substantial deferment clauses, ” says Wales.

– Which medical devices fields will be especially hot in the coming years?

“The personalized medical market, which is usually discussed in the context of advanced molecular diagnostics and genetics, is reaching the medical devices industry in the form of personalized implants and surgical instruments, and greater patient data.

“Another important trend is the growth of emerging markets. Since it is already difficult to grow in developed markets, we’re seeing acquisitions of companies operating in emerging markets and of companies with products that give value for money.” (The reference is to a good product at low cost that is not at the forefront of technology).

Wales says that the US is the biggest market, both because of the prices paid by insurance companies and because of the companies’ practice to pay hospitals and doctors per procedure on patients, which encourages the use of medical devices. In other countries, the government or insurance companies pay on a patient cure or patient maintenance basis, which minimizes the use of medical devices to a level sufficient to maintain a patient as required by the payer.

“The US will remain the biggest market for a long time, even if some fields decline before others, ” says Wales. “China is growing very fast, because its population is aging. Other countries have young populations, and medical devices are intended for the elderly market.”

The US currently accounts for 40-60% of global sales by medical devices companies, Europe accounts for 20-30%, Japan for 10%, and the rest of the world accounts for the balance. In addition, there is no public medical insurance in most developing countries, and the big insurance companies only target the wealthy. Wales says, however, “The Chinese government has promised to provide medical insurance to everyone by 2010, which will greatly change the picture. The middle class will begin consuming advanced healthcare, and the multinationals will begin competing for this market against domestic companies. The Chinese healthcare market will double by 2014 and redouble by 2020.”

Other attractive markets are Brazil and the crisis ridden countries of Southern Europe. But they need cheap special products. “The dental market there has virtually been wiped out, ” says Wales. A beneficiary is Swiss dental implant maker Nobel Biocare AG (SWX: NOBN), which acquired Israel’s Alphacare Medical, a maker of low-cost dental products for emerging markets, for $95 million in 2008. “This activity has double-digit growth, compared with the stagnation in the dental market, ” says Wales.

In addition to the well-known buyers, such as Medtronic Inc. (NYSE: MDT), Johnson & Johnson (NYSE: JNJ), and, lately, Covidien plc (NYSE: COV), Wales mentions two companies to which attention should be paid: Sweden’s Getinge AB (OMX: GETI.B), which has made 60 acquisitions in a range of fields since 1993, including seven in 2012; and Dutch Qiagen NV (NYSE: QGEN; DAX: QIA), which has made 20 acquisitions, mostly of molecular diagnostics companies, in the past seven years. “One of the companies acquired was headed for an IPO, ” says Wales.

“To sum up, venture capital funds should exit the companies, ” says Wales. “The medical devices market in general has achieved handsome yields lately, and the big companies are waiting to make acquisitions or offer partial deals. There is every reason for offerings in the field.”