–
Yosef Abramowitz,  will be featured on CNN’s ‘The Next List’ on Saturday,  May 11th , at 2:30pm.  Abramowitz is the first Israeli to appear on the 30-minute weekend program. 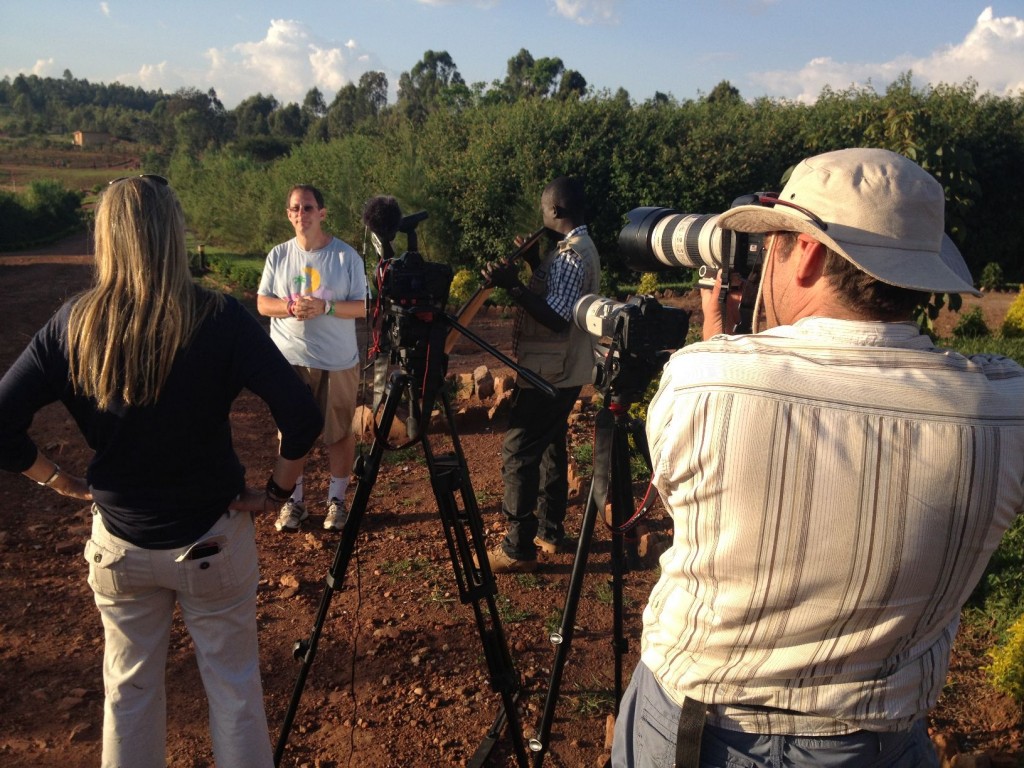 Abramowitz is the first Israeli to appear on the 30-minute weekend program, hosted by Dr. Sanjay Gupta, which profiles innovators, visionaries and agents of change from around the globe. ‘The Next List’ traces Abramowitz’s life, including his upbringing in an activist commune in Boston, joining the Young Judaea youth movement, his leadership of the anti-apartheid movement at Boston University, his relationship with Rabbi Susan Silverman (recently in the headlines for her arrest at Jerusalem’s Western Wall), their quixotic family move from Boston to Kibbutz Ketura and the formation of Abramowitz’s global vision of a solar-powered world.

Yosef Abramowitz, Co-founder of the Arava Power Company, Solar-Power Pioneer, Entrepreneur, Activist and Environmentalist. Abramowitz, a three -time Nobel Peace Prize nominee, has been instrumental in helping Israel become one of the world’s major players in alternative energy.
As we approach Earth Day we’ll hear a lot about the threat of global warming and how solar power could be a solution to saving the environment.  Israeli innovator Yosef Abramowitz is so convinced renewable energy is the answer he’s created a unique business to actually install solar fields all over the world. The man, now dubbed “Captain Sunshine, ” because of his Super Hero-like efforts to save the planet, endured long political battles to make it happen.
“I went in completely naïve about how hard it was going to be. We have to do something very proactive, very immediate. The need to replace burning fossil fuels is a clear and imminent danger to survival of our species.  We’ve innovated an idea by bringing together technology, finance and regulation to save the world through solar power.”
His idea stemmed from what he calls a serendipitous trip to the desert.  In 2006, looking for a more laid back lifestyle, Yosef and his wife, Rabbi Susan Silverman (sister of the comedian Sarah), moved with their children—they have five, including two boys adopted from Ethiopia—to Kibbutz Ketura in southern Israel.  Abramowitz was raised in Boston but had fond memories of volunteering at the kibbutz after high school. Yosef says their plan for a quiet family sabbatical changed as soon as they arrived.
“The sun, even though it was setting right was just burning our skin. I thought, ‘I’m sure the whole place works on solar power.”
But it didn’t because solar power was non-existent in Israel. Abramowitz began taking classes in renewable energy and talking to people at the kibbutz about forming a company.  He found partners with businessmen Ed Hofland, who lived on the kibbutz, and David Rosenblatt, based in New Jersey, and together they started the Arava Power Company, the first company to sign a deal with the Israeli government for production of solar-power.  Yosef says he fought hundreds of political and regulatory battles to get the deal.
“People told us don’t do it, ” says Yosef. ‘You’re an American coming to another country. You don’t have the networks or the full command of the language or really understand the politics.”
Israel’s former Energy and Water Minister Uzi Landau was part of the negotiations. “We don’t suffer from a lack of red tapes. Like a bulldog.  He (Abramowitz) just puts his teeth in something and doesn’t give it up until it is done.”
It took five years but Arava eventually beat the Israeli government, and with significant financing from electronics giant Siemens, and private investors, raised millions of dollars to install a solar field. They now have a 4.9-megawatt field up and running at the kibbutz, nine fields under construction, and plans for forty more energy projects in Israel over the next three years, including the first solar field on Bedouin land. Their mission is to some day supply one tenth of Israel’s power.
Abramowitz isn’t nearly finished.  Last year he and his partners started a new company, Energiya Global Capital, and with funding from the U.S. and private companies, they are expanding their efforts to the third world: putting solar fields in Rwanda, Haiti, Romania and a dozen other countries.
“They are rolling out the red carpet for us in Africa, ” says Abramowitz. “We looked at 75 markets around the world, which is half the planet that doesn’t yet have commercial solar power. There are 1.6 billion people on the planet today without electricity. 1.6 billion. Look at the hungriest people on the planet.  Look at the ones who don’t have clean water.  It’s the same people.  It’s all preventable.”
And in Rwanda, Yosef has developed a new concept: He’s partnering up with a youth village where orphans of the Rwandan genocide are raised and educated (modeled after Israeli youth villages that took in children who survived the Holocaust). In February Abramowitz and team installed the first solar panels in the village. If all goes as planned the solar field will be finished by the end of the year, providing 8% of Rwanda’s energy. Yosef says the village will be a partner in the profits.
“We’re not your regular solar developer. We want to empower people and communities.  The solar fields can provide revenue and give people life. I’d like to be the catalyst.  I just want to show people it’s possible.”
Yosef Abramowitz,  will be featured on CNN’s ‘The Next List’ on Saturday,  May 11th, at 2:30pm.  Abramowitz is the first Israeli to appear on the 30-minute weekend program.
Read previous article here
And Here
In this article:Jerusalem, entrepreneur, Africa, CNN, global warming, solar power, Finance