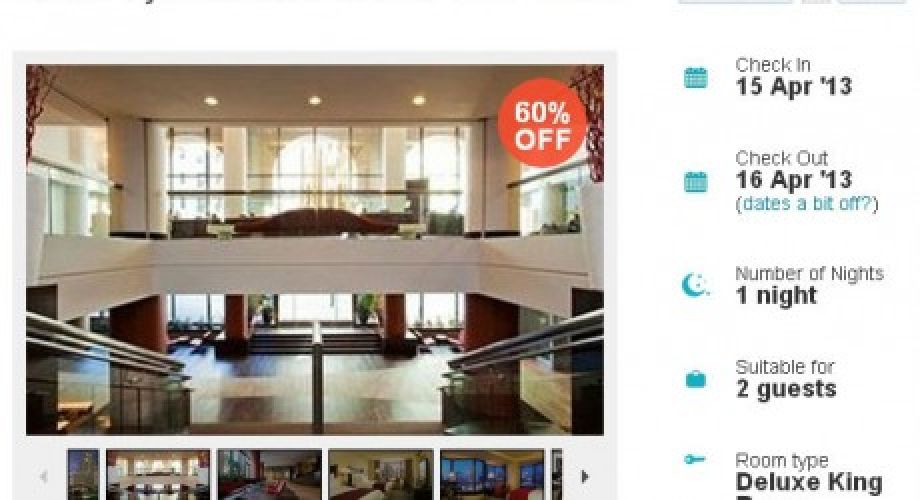 Having to cancel your holiday is disappointing enough, but canceling your hotel bookings and trying to get your money back is downright frustrating. Israeli startup Roomer has come up with an ingenious idea to help people avoid paying cancellation fees – by matching them up with people looking for hotel rooms.

Roomer is a secondary marketplace for non-refundable hotel reservations, which connects travelers who can’t make it to their destination with travelers who are looking for a good deal on a hotel room.
The company was founded in 2011 by Gon Ben-David (CEO), Ben Froumine (VP Business Development) and Adi Zellner (CTO). Uri Levine, co-founder and president of the successful Israeli start-up Waze, joined the company as a director.

Roomer’s team found that the average occupancy rate in US hotels is about 60 percent, leaving 40 percent of rooms empty. Therefore when a booking is canceled, Ben David says, it’s unlikely that the hotel will be able to find another guest who will pay the full price – especially when it’s a last minute cancellation.

Finding a room on Roomer

“That’s where Roomer comes, ” says Ben-David “our system knows how to match between the canceler and the room hunter, thus creating a secondary market characterized by a ‘win-win’ situation; the canceler gets some of the cancellation fee back (or all of it – since sellers can sell the room at any price they wish) and the new customer finds a low cost hotel room, ” says Ben-David.

“In addition, the hotel also enjoys the new deal: Roomer’s service promises a higher occupancy-rate and makes money on things like food and beverages expenses and saves the cost of re-marketing the room.”

A $8.5 billion market in the US alone

After thinking up the idea for the startup in September 2011, the team went into what they say was a year-long market research. They found that 6.3 percent of hotel rooms in the US (approx. 86 million rooms) include a fee when canceled. “This is a huge market, ” says Ben-David. According to Roomer’s calculations, the hotel industry losses caused by cancellation are estimated at $8.5 billion per year, in the US alone.

Roomer’s service was launched two month ago and so far matches costumers online in three cities: Las-Vegas, New-York and San Francisco. According to the founders – the stockpile of cities is expected to expand soon. While the service is temporarily free of charge, the company’s business model will be commission-based for the “sellers” of rooms. T

he founders say that tens of thousands of users already use Roomer’s service (NoCamels could not independently verify this claim). Ben-David states that a mobile version of the website will be launched soon. “We see increasing [traffic] from tablets as well, ” says Ben Froumine.

“Becoming the eBay of tourism”

Ben-David adds: “Travel in general lacks a secondary market. Today people can sell anything online, except for ‘vacation merchandize. Our dream is to be the eBay of tourism.”

Two other companies, Israel’s Cancelon and Spain’s Hallst, offer services similar to Roomer, but according to Ben-David, Roomer differs in two ways: “First, ” says Ben David, “Our technological experience involves high trust, meaning that each room in the market place goes through an automatic validation process with the hotel and travel agents. In addition, our go-to-market strategy is unique – we work with large international tourism companies that connect us with cancelers every day.”

Roomer was founded as part of the Zell Entrepreneurship Program at the Interdisciplinary Center in Herzliya, Israel. The company won the 2012 TechAviv competition in New York, a monthly event organized by TechAviv – a global Israeli startup founders’ club with over 2, 000 members worldwide. “Roomer won with the greatest [margin] in the history of the competition, ” says Froumine.

In addition, Roomer won the TechAviv California competition as well, which took place at Stanford University, also in 2012.