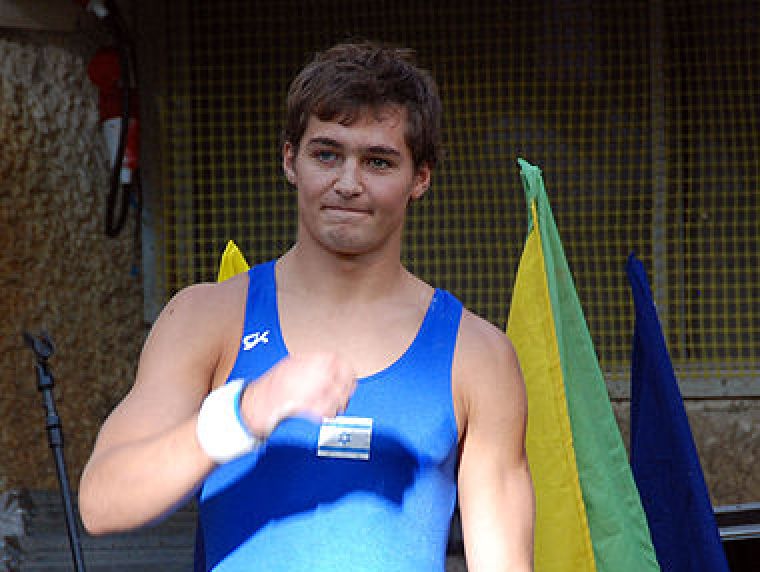 Shatilov gave a tremendous performance, finishing in first place, paired with another athlete who received the same number of points, in a final consisting of 8 participants.

In the past Shatilov won two bronze medals (2009 and 2011) and one silver medal (2011) at the European championships, and this is the currently the crowning achievement of his career. The Israeli gymnast, who finished in sixth place in the last Olympic Games, is considered one of Israel’s best hopes for the upcoming Olympic Games in Rio in 2016.

On Sunday, Shatilov will also compete in the horizontal bar event. Immediately after, Ophir Netzer, a 17-year-old Israeli girl will compete in the vault event. This will be her fourth ever international competition.

Igal Carmi chairman of the Israel Olympic Committee said on Alex Stelov historical gold medal winning  at the European Championships in Moscow. “Shatilov is the most decorated gymnast of all-time medals in world championships and European championships. Even today, the first European Championship, after the Olympic Games in London, which ranked sixth, he proved that he is determined to succeed in any competition in which it participates. And doing everything to maintain its position as a distinguished athletic exercise regularly ranked high at the top of the industry. Alex, we are proud of you and hope to see you in Rio in 2016. ”

Israel Olympic Committee, will give Shatilov festive reception, and a special bonus of 50 thousand NIS for winning the gold medal at the European Championships. Trainer Sergei Wisburg receive half the amount.