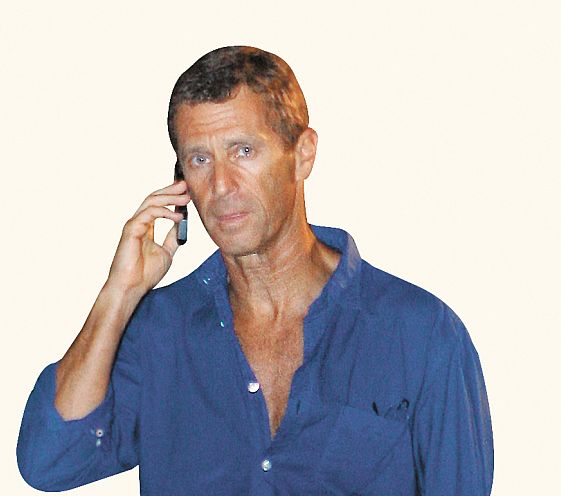 –
/ By Clive Minchom and Cellia Shani /
Beny Steinmetz is an Israeli tycoon who does business through BSG Investments – BSG Group or simply BSG.  BSG is a privately owned company, which his family foundations control and which has diverse business interests worldwide.  These include companies operating in natural resources, real estate, capital markets and the diamond business.
BSG Resources (BSGR), the mining arm of BSG, served legal proceedings Thursday in the London High Court against Lord Malloch-Brown and the public relations company FTI Consulting of which he is Chairman, following a “smear campaign” allegedly run by investor George Soros against BSGR’s iron ore interests in the West African country of Guinea. Lord Malloch-Brown, a former minister in the Labour Government of Gordon Brown, and who is an old friend of Soros, and FTI said they would defend themselves against a charge that lacked “merit”.
The source of the suit is an enormous iron ore project planned for development in the mountainous Simandou region of the Republic of Guinea, in West Africa, in which BSG presently has an approximately 25% interest. Reported to be one of the largest deposits of iron ore in the world the mine will, when it is constructed and operational become a source of enormous wealth not only for its investors but also for the country.
The catch is that the mine is 670 kilometers inland and will require huge investments in infrastructure and transportation links both to build and to bring the ore successfully to market.
BSGR acquired a 50% interest in the deposit in 2008, when the former government of Guinea under then President Lansana Conté stripped half of the mine’s ownership away from the pre-existing sole licensee Rio Tito Zinc in favour of BSGR.  Beny Steinmetz later sold half of the interest to the Brazilian mining giant Rio Vale in 2010 for $2.5 billion – and reportedly at this point BSGR has spent $160 million of its own resources in developing the mine.  So far to date BSGR is reported to have already received $500 million from Rio Vale in progress payments on the purchase price, so it is well ahead of the game at least.
Shortly after making the sale top BSGR the Government of Guinea fell and the former President, reported to be a corrupt dictator was deposed.  Under the new government of President Alpha Condé  and his new Mining Minister Mohamed Lamine Fofana, moves have been made to investigate purported corrupt practices of the previous regime and a number of NGOs, to which George Soros and Tony Blair are reported to be close, called for the licensing of this mine also to be investigated.  And indeed it is, and at present both Rio Tito Zinc and BSGR are having the new Government of Guinea breathing down their necks over alleged malpractices.
On March 25th, 2013 BSGR issued a statement to the media stating, among other things,  that:
“The recent denial of entry from Guinea for the President of BSGR Resources, on baseless grounds of “domestic security”, is the latest example of an illegitimate government resorting to harassment to make it impossible for BSGR, and its VBG joint venture, to exercise their contractual rights legitimately awarded in Guinea. It is no surprise to BSGR that all other pending mining projects in the country have been frozen as a result of the Government’s behaviour and actions.”
On March 27th, 2013 BSGR issued a second statement to the media (though dated March 25th) stating, among other things,  that:
In its writ yesterday, BSGR alleged the peer disseminated “untrue, defamatory and highly prejudicial allegations” about the company and was put under pressure by Mr Soros – a friend of Lord Malloch-Brown’s and an adviser to Guinea’s president – to end their commercial relationship.

The claim accuses Lord Malloch-Brown and FTI of a conflict of interest over his links to Mr Soros.

“Whilst purporting to be acting in our best interests, Lord Malloch-Brown was in fact serving to cause us enormous damage by facilitating George Soros and his NGOs which, we believe facilitated a campaign of smears and innuendoes, ” said Dag Cramer, chief executive of Onyx Financial Advisors UK, on behalf of BSGR.

In a joint statement, Lord Malloch-Brown and FTI said: “The fact that BSGR are placing this in the media ahead of service is a demonstration of its lack of merit. We intend to defend this claim vigorously.” The claim was served on the defendants on Thursday. A spokesperson for Mr Soros declined to comment.

Please help us out :
Will you offer us a hand? Every gift, regardless of size, fuels our future.
Your critical contribution enables us to maintain our independence from shareholders or wealthy owners, allowing us to keep up reporting without bias. It means we can continue to make Jewish Business News available to everyone.
You can support us for as little as $1 via PayPal at office@jewishbusinessnews.com.
Thank you.
The billionaire, from Netanya, Israel, Beny is the youngest son of Rubin Steinmetz,  who built a prominent Israeli diamond trading company after the second world war. Mr Steinmetz grew up in the family business, forming connections in Angola when that country was selling most of its diamonds through Steinmetz Diamond Group in the 1980s.

In the past 20 years, BSG has diversified, buying real estate in eastern Europe and engineering companies in South Africa. The group also owns Koidu, a diamond mine in Sierra Leone.