First ever comprehensive survey by American MIT and Russia’s Skolkovo findings: Technion is ranked 6th place for entrepreneurship and innovation in the world . And 1st place for supporting a “challenging environment” among universities worldwide. 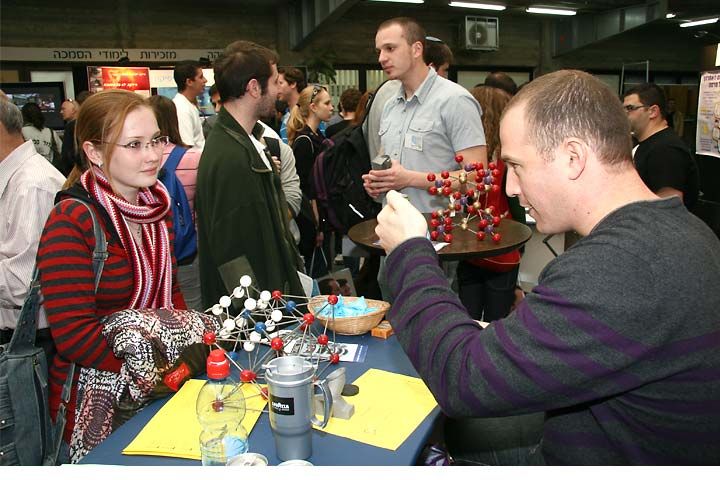 The Technion was ranked in sixth place in the world for entrepreneurship and innovation, in the first ever comprehensive survey conducted by the Massachusetts Institute of Technology (MIT). The study was performed in collaboration with Skolkovo (the Innovation Center known as Russia’s Silicon Valley). The survey aimed to identify the most innovative universities around the world.

Among the top ten leading universities worldwide – only two institutions of higher learning are located outside the United States and Europe – the Technion and the National University of Singapore (NUS). MIT and Stanford University topped the list.

The survey findings also showed that the Technion and Imperial College London are counted among the “emerging giants whose reputation had grown considerably in recent years.”

The study was carried out among 61 experts in 20 countries. They identified 120 universities having brought decisive influence and major contributions to the world in the areas of entrepreneurship and innovation. In answer to the question: Which universities would you identify as having created/supported the world’s most successful innovation ecosystems? – the Technion was ranked at sixth place, after MIT, Stanford, the University of Cambridge, Imperial Collage London, and the University of Oxford, and ahead of the University of San Diego, UC Berkeley, ETH Zurich, and NUS in Singapore. Owing to the Technion’s standing, Israel was ranked third in the areas of entrepreneurship and innovation, after the United States and Great Britain, and ahead of Sweden, Singapore, Germany, Switzerland, the Netherlands, China and Canada.

The Technion was ranked first place in answer to the question: Which universities would you identify as having created/supported highly effective technology innovation ecosystems despite a challenging environment? Ahead of universities in France, New Zealand, Finland, Great Britain, Korea, China, Russia and the United States. As a result, Israel was nominated to first place in this category.

Instituting an institutional E&I culture – for entrepreneurship and innovation – is considered among experts as the essential ingredient for sustaining a successful system. In this respect, the Technion is mentioned as an institution that possesses the ethos of aspiration and achievement.

This is the first stage (out of three) in the comprehensive survey. In his reaction to these most favorable results, Technion President Professor Peretz Lavie said, “Technion’s position among the top ten leading universities in the world in the areas of innovation and entrepreneurship brings us closer to fulfilling our mission goals: to be counted among the top ten leading universities in the world. This is not the first time the Technion has earned international acclaim such as this, ” he continued. “The university’s contribution to Israel’s advanced technology industry is recognized around the world. Not by coincidence did we prevail in the New York City’s tender last year to establish a scientific-engineering research center in partnership with Cornell University. The city’s mayor, Michael Bloomberg, said then that the Technion is the only university in the world capable of successfully turning the economic tide of an entire country, from exporters of citrus fruit to a global center for advanced industry and an authority of knowledge. To date, 61 experts from around the world have endorsed this statement.”