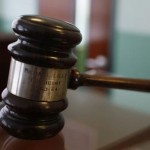 Babylon, a publicly held Israeli company dealing with the development and marketing of translation software, has presented a law suit in the Tel Aviv central court in the amount of NIS 3 million (About $750) against a Brazilian company, VM sistema de consultoria, who deal among other things in the marketing of software in Brazil and against Raphael Cohen, claiming a blatant violation of the distribution agreement between them.

According to Babylon’s complaint the Brazilian company signed a distribution agreement with them in December 2003 in which the company received from Babylon a written price quotation for a large customer, Brasiliero S.A. Ptrobras.

Babylon claims that the Brazilian defendants fraudulently changed the terms of the price quotation and presented Ptrobras with an outrageous proposal with prices lower by  large percentage  from those approved by Babylon. This was done in an attempt to meet the sales quotas established for them by Babylon and to prevent the termination of their association with Babylon.  According to the claim this was done while they were “killing the market” and seriously harming the market price of Babylon’s products in general and the price at which Ptrobras was buying in particular.

In the claim, it was stated that in analyzing the outrageous price offered to Ptrobras the damage caused to Babylon by these dramatic discounts offered by the defendants stood at $1.75 million.

In effect, the Brazilian company was not able to conclude an obligatory agreement with Ptrobras until December 2011 and in effect they did not meet the sales quota established for that year, so that the distribution agreement ended at the end of that year.

According to Babylon its attempts to correct the severe damage caused by the defendants were unsuccessful and Babylon was forced to reach an agreement with Ptrobras at a cost of $1.75 million and it expects additional damage from this customer.

Taking into account the court costs involved in collecting the money from the defendants, Babylon is suing for the sum of NIS3 million while keeping the option open to increase this sum in the event that it receives the additional information indicating that the defendants are able to pay a greater amount.