With several groups of hackers publicly making claims to a massive cyber-attack planned against Israel on the 7th of April and threatening to “Erase Israel from the Internet”, the priority to ramp up security is higher than ever.

Several pilots have been started in Israel using the BOT_TREK, one of the worlds most sophisticated real-time botnet and cyber intelligence services. 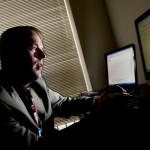 With several groups of hackers publicly making claims to a massive cyber-attack planned against Israel on the 7th of April and threatening to “Erase Israel from the Internet”, the priority to ramp up security is higher than ever.

It seems that aggressive hacker teams will try to make this a reality by uniting under the name #oplsreal.

Cyber-attacks against Israel are nothing new as Israel has weathered millions of these attacks in the form of DDOS (denial of service), Bots and so forth.

A spokesperson from the Accessible Government online Systems, was quoted in a leading Israeli newspaper as saying, “It’s something being organized online over the past few days. What distinguishes this plan when compared to previous attacks is that it really seems to be organized by Anonymous-affiliated groups from around the world in what looks like a joining of forces. We are definitely following this and are preparing for April 7th.”

This is another chapter in what is being called #opisrael, an operation that was launched during Operation Pillar of Defense and has continued since. It was reported that as part of this ‘operation, ‘ details of some 600, 000 users of Walla’s email (Israel’s leading email and web portal) were exposed. In addition, according to former finance Minister Yuval Steinitz,  “Israel deflected 44 million cyber-attacks on government websites.”

Many of the groups planning the attack are affiliated with the hacking collective known as Anonymous. Unlike most countries, Israel is not only targeted for financial gains, it is also a target of cyber-sabotage.

On Wednesday, 20 March 2013, a cyber-attack crippled TV stations and banks in South Korea, some for a few hours with others still trying to come back from this attack. As many as 30, 000 PCs in Shinhan Bank, Jeju Bank, Nonghyup Bank, the Munhwa Broadcasting Corporation, YTN and the Korea Broadcasting System (KBS) had their hard drives wiped when a virus was activated at 14.00 local time on Wednesday 20 March.

It will probably take months to investigate these breached machines and sanitize infected networks. To this day the source of the attack is still not known.

A cyber-attack of this scale on Israel would have serious consequences, therefore major companies are already preparing themselves for these cyber-attacks by using Bot-Trek™, initially as a test pilot.

The Bot-Trek™ provides security for a range of sectors, helping to prevent fraud which is becoming more sophisticated every day. For ISPs for example, the Bot-Trek will provide a plethora of cyber intelligence information on infected machines within IP ranges including public and private sector, spam- and DDoS-bots IP-addresses, and Data leaked from corporate domains or IP ranges (e.g. corporate e-mail accounts, intranets, etc.). Bot-Trek™ also has access to a diverse range of intelligence sources which join to provide the ultimate protection including distributed network of HoneyNet traps,

Sinkholed botnets, detected C&C (Command-and-Control) centers. This helps to extract and intercept the data and to react to the related cyber threat immediately.