Police cordons are currently in place around the Ascot, Berkshire mansion of Boris Berezovsky who was found dead on Saturday, as police investigate the cause of death. 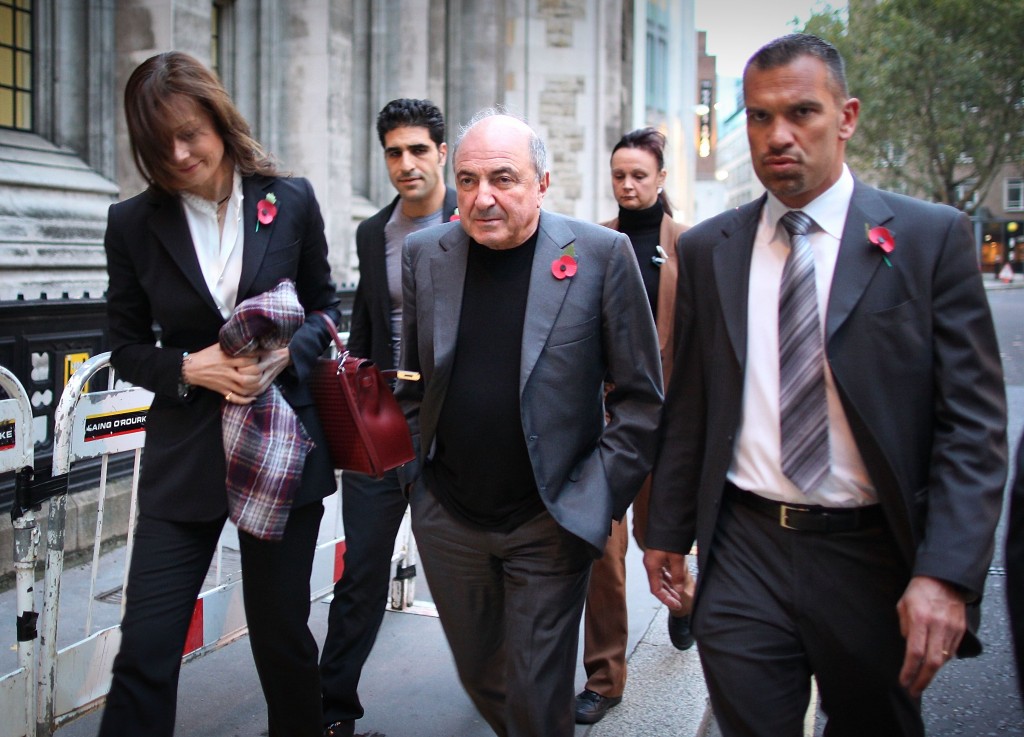 While there is considerable speculation regarding the cause of 67 year old Berezovsky’s passing, police are remaining tight lipped for the time being, while a team of specially trained officers are reportedly coming the expansive mansion and especially the bathroom where the body was found. Reportedly on the scene are officers from the CBRN (chemical, biological, radiological, and nuclear]) squad.

Speculation is that the reason for them being called in at this early stage in the police investigation is possible links  to the unsolved killing of Boris Berezovsky’s close friend officer Alexander Litvinenko in London in 2006. Litvinenko, believed to be a former KGB officer died after drinking was suspected to be tea laced with a highly toxic radioactive material known as polonium-210.

In the meantime, reports in the Russian press have it  that Berezovsky had apparently committed suicide, a theory that is liable to come under considerable scrutiny over the next few days.

Although reputed in relatively good health, associates of the former Kremlin power-broker reported that the Russian émigré, who has lived in London in 2001, had been in a depressed state of late, especially after losing a high-profile court case to fellow Oligarch, Roman Abramovich.

Berezovsky sued Abramovich, a former associate and generally regarded as his protégé, for $4.7billion (£3billion), claiming that he sold a large block of shares in shares in Russian oil giant Sibneft at a “fraction of their true worth”.

The High Court judge ruled that Berezovsky’s claim that he undersold the shares as a result of being under severe intimidation was without foundation and found in favor of Abramovich.

Losing the case in late 2012 knocked another significant dent in Berezovsky’s fortunes which had been dwindling steadily for a number of years. The expatriate Russian had a number of court cases in recent years ruled against him, leaving him to pay off considerable legal fees, estimated to be at least £100 million. With these losses, coupled whilst attempting to support a very high profile, a expensive lifestyle and pay for a recent costly divorce, those close to Berezovsky point out may have been powerful enough to cause his health to deteriorate rapidly or drive him to consider suicide.

In the last few weeks Berezovsky suffered another humiliation when it appeared in some leading UK newspapers that he had been attempting to auction off a painting in his collection of the former Soviet leader Vladimir Lenin that had been painted by New York artist and icon, the late Andy Warhol.

An indication of Berezovsky’s current state of mind was revealed as recently as a few days ago during an the interview for the Forbes magazine on Friday, during which he painted to the interviewer that his wish was to be able to Russia as he felt that his life “no longer made sense”. There is some speculation that recently Berezovsky wrote to Vladimir Putin admitting that he had made many mistakes, for which he asked forgiveness, while making a personal request to Putin to allow him to return to “Mother Russia.”

Before leaving Russia in 2000 after apparently falling into bad favor with Vladimir Putin, recently established as Russian president, Berezovsky had been the target of a number of assassination attempts, with the one that obviously helped him decide to seek a healthy life elsewhere, resulted in the death of his chauffeur and bodyguard after a bomb exploded underneath his car.

Boris Berezovsky, who incidentally was a gifted mathematician, sprang to prominence in the late 1980s with the collapse of the Soviet bloc. His first entry into the world of business saw him make a considerable fortune importing Mercedes cars into Russia, while at the same time setting himself up as the leading distributor for locally produced  Avtovaz cars.

However Berezovsky’s career influence reached their peak as a close friend and confidant of Boris Yeltsin, Russia’s first president. So close to Yeltsin did Berezovsky become that he got as far as earning the nickname of Rasputin, within the inner circles of the Russian hierarchy.

With the wholesale privatization of Russian state assets going at fever pitch, Berezovsky was well placed to pick out the cream of the crop, gaining ownership of the Sibneft oil company as well as becoming a principal shareholder in ORT, at that time the main television channel in Russia.

Berezovsky used his considerable influence at ORT to turn it into a powerful propaganda vehicle for the hard fought 1996 presidential election, which saw Boris Yeltsin being elected as president for the second time.

With Yeltsin’s health on the wane, he surprisingly resigned his role as president in late 1999, with then Prime Minister Vladimir Putin stepping in to “fill the breach”.

Putin was less impressed with Berezovsky’s abilities than his predecessor, with one of the first steps that he took was to re-nationalize the ORT television station, along with a number of other moves apparently designed to undermine the Oligarch’s growing political ambitions, which had seen him reach the post of deputy secretary of Russia’s Security Council.