In the aforementioned prisoner’s dilemma, the police offered two criminals the chance to snitch on one another and minimize their sentence.  If we transfer this model to the period of the “cottage protest”, we would see how it would be possible for wall Street to contend efficiently with the consumer fight against it.  Marketing and game theory. 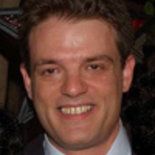 For the past month I have been working on a new and exciting course.  I am referring to a marketing course and how marketing is connected to the filed of philosophy and economics (which is what interests me?)  And so they can be connected in many exciting ways.

for example, I am working on a marketing network.  This is a field that so many are speaking about in recent years.  However I am attempting to apply to it models and ideas taken from the game theory (at the end of this column I will attach relevant reading material that helps me).  Yes, game theory the field that we presented briefly in the previous column.

And so it seems that models from the game theory may advance the cooperative actions between marketers and customers in the digital field.  And so it is possible despite the fact that there is quite a bit of conflict of interest between the two sides.

However this is not all.  Because the game theory (at least the classic one) makes assumptions that would appear to be the absolute opposite of the field of marketing as game theory requires absolute rationality whereas marketing views things from an emotional, psychological aspect.

Nevertheless, how is it possible to make digital marketing more efficient?  We use game theory but update it and make it more palatable by using a new method: behavioralistic game theory (behavioral game theory is a scion of behavioral economics to which I will devote many columns in the future).

And here we already have the beginnings of a course and of a work since in order to improve the improved model (of digital marketing with game theory) we must address the remarks of behavioral game theory and in order to improve this model (which already has two or three levels), we must use and analyze it using the field of modern rhetoric and in order to test the final model and polish it we should view it through ethical eyes as well.  And here we have: philosophical, psychological and cognitive marketing.

Complicated? Definitely not.  The model works tip-top despite the fact that its explanation appears to be long.

In my previous column I explained in a nutshell the dilemma of the prisoners.  Once again we are faced with two criminals who have been caught.  The police offer each one of them individually the option of being the state’s witness and to implicate the other.  And now each prisoner has two courses of possible action: to snitch on his friend or to remain silent and not implicate him.

And the police complicate the situation.  It connects the options of the first prisoner to those of the second.  If you snitch and your partner also snitches, say the police both of you will sit for two years in jail.  However if one of you snitches and the other remains silent covering for you, you will go free immediately and he will sit for three years.

And if I remain silent? Ask the first prisoner.  Then the police answer if he also remains silent the both of you will be freed after one year.  However if you remain silent and he snitches he will be freed immediately and you will sit for three years.

Now the following question is asked: what is the best option for the prisoner to take?  On the one hand there is the option of complete cooperation.  Both prisoners cooperate one with the other, neither snitches and the result is both sit in jail for one year.

Is this the best solution for each prisoner individually? No, absolutely not! The best solution for me (thinks the first prisoner) is this one: I snitch on him and he covers for me.  In this situation I go free immediately.  If the prisoner chooses this option we say that he has defected.

The problem in life is that each of them can think that the other will defect and so both will snitch (so as not to be in the situation whereby their friend defects and they cooperated and sit for three years).  The final result is (perhaps) that both defect and sit in jail for two years.

This result is preferable to sitting in jail for three years (which would happen to me if I cooperated and my friend defected), however it is a worse situation than had the both of us cooperated and we would both sit in jail for only one year.

Confusing? I also tend to become confused here but what is important is that the concept of cooperation and defection we can apply to game theory.

Let us take for example, an imaginary chain of Wall St. supermarkets and use it in a simplistic and hypothetical manner for illustrative purposes only. Let us assume that a public protest arose against this chain of supermarkets that raised the price of eggs.  At the height of the protest a marketing person suggests to Wall Street that a blog be opened that will enable every citizen to write his opinion regarding the company and his opposition to it.

Wall St. must decide whether or not such a blog would be worthwhile.  It can do this by means of a list in the game theory style.

Wall St. has two options (remember? This is a simplistic model for ht purpose of illustration): to open or not open the blog.  And how does it decide?

And so its decision depends on the possible response of the customers.  The blog could be filled with thousand of difficult responses on the one hand.  However on the other hand perhaps reasonable responses would be received or at least there would not be a frenzy of cursing customers.

Now let us present the alternatives.  There are four and here they are:

Now let us grade the situation by awarding points to Wall St. for each of the possibilities.  Here I use the same list:

So what have we learned from the table?

The two highest levels of scoring for Wall St. are achieved  for opening the blog and this without any connection to the public’s response.  In effect the strategy of cooperation (opening a blog) diverts the protest to the blog.  The conclusion: Wall St. bust open the blog! Opening the blog stops the public from defecting.

Am I writing nonsense?

If I were to stop here, you would say correctly that we have here a collection of nonsense.  Or more diplomatically, lots of problems.  What is important regarding the problems in the first scenario is this: based on what did I award the points for the different possibilities?

The number of points I awarded was done in writing the results in advance.  Here, I assume in advance that writing the blog continues the connection between the public and Wall St, which is preferable to its disappearance and expressing its frustration buy buying from another company.  However on what do I base this assumption?  And in general if I assume all this in advance, why do I need these tables using the style of game theory?

And so, as I have stated above, this is the first stop on the road to useful analysis.  I present it here only as an implementation for modeling marketing questions in the framing of the principles of game theory.  What is important to learn from the previous paragraph is the concept of cooperation and defection.  These two concepts will enable us to effectively analyze market relationships, the loyalty and satisfaction of the customers and the companies.

Following the stage resented here we will rapidly reach additional stages for the use of behavioral game theory and other tools.  Those who are curious can read the thrilling book on American sociology by Eric Anderson called Social Media: Marketing-Game Theory and the emergence of Collaboration published in 2010 by Springer.  In any event we will continue the discussion in my next column.