Dr. Oren Fuerst of “Tevel Global” says “the Israeli creativity and initiative is not just a slogan.  We are speaking of bottomless well of creativity taking place in Israel”. 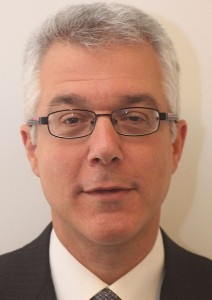 Eighty Tevel Global investors (angels) attended a meeting that took place in New York on March 13th in the offices of American Attorneys, Grenberg-Traurig who have been involved in many Israeli high-tech ventures, and created initial investment and commercial ties with three Israeli start-up companies: VODIO, PetWise and Medivisor.

The three companies presented live examples of their technologies alongside business presentations.  “I am satisfied by the number of attendees at the conference and have already created initial contacts between investors and company managers making presentations here”, concluded Dr. Oren Fuerst at the conference, “we are following up these contacts and will know shortly regarding the amount of investments in these companies.”

Tevel Global incorporates some 500 international investors who invest in a wide range of fields: medical devices, Internet, software and Information Security.  The meetings among investors, most of whom are from outside of Israel, and the companies seeking investment takes place both physically and virtually.

Ever since the first meeting of the Tevel Global Angels in September 2007 in New York, the group’s investors have invested in more than 30 start-up companies who appeared in some 25 meetings that took place all over the world.  Previous meetings took place in Tel Aviv, London, Moscow, Brussels and Toronto.

Every meeting has around 5o private investors in attendance guaranteeing a diversity of quality people that enable many possibilities for potential joint ventures for successful entrepreneurs.

Dr. Oren Fuerst, himself a serial entrepreneur and investing angel, was involved in the establishment and development of many high tech companies mainly in the field of medicine and information systems.  Among the companies with which he has been involved in recent years are: Circ Medtech (developer of Prepex an HIV prevention device www.prepex.com ) and labstyle innovations (developer of Dario, a system for monitoring diabetes).

Dr. Fuerst has served in the past as a member of the faculty of ColumbiaUniversity’s School of Management specializing in the field of investment strategies of international technology companies.  Among other activities, he published many articles on the subject of entrepreneurship and investment management.

Dr. Fuerst, many funds are operating in the world of Israeli technology today, what is your group’s advantage?

“The Tevel Global investment group brings to the table many years of experience which is not usually available to private investors and entrepreneurs.  Tevel is the one and only group of investors, to my knowledge, that is completely dedicated to investing in high tech companies that have a connection with Israel. Tevel investors bring with them much more than just investment, they bring with them a rare combination of business experience and connections that is almost impossible to achieve in any other way, ”

At the meeting held on March 13th, three select Israeli companies along side the TelAviv University technology fund presented the “Momentum Fund” that enables investors and friends of the University to participate in the development of the next generation of technological products.

Among the companies making a presentation at the meeting was PetWise, a company developing a computerized robotic system that enables remote feeding as well as an interactive video system that can throw a ball and perform other games to entertain one’s pet.  The PetWise system also allows retailers to know when their clients are at home.

An additional company, Vodio offers a platform that enables the creation on an iPad or iPhone of personalized magazines containing printed and video libraries selected according to preferences and areas of interest of the user.  Vodion combines Flipboard with Pandora in a user friendly video application.

The third company making a presentation of its technology was Medivisor a first aid system of the type that gives up-to-date medical and health information to any person in a personal and private manner.  The information is based on the personal and medical condition of a patient and includes, among other things, updates on scientific research, new treatments, relevant clinical tests, recommended life styles and more.

The company is focusing on various types of Cancer (such as prostate, breast and stomach) and on chronic illnesses such as diabetes.  Among the initiators of the company are Dr. Steven Kaplan of Cornell the initiator of the public company Medidata, Dr. Oren Fuerst himself and Tal Givoly the former chief scientist of Amdocs.

-Israeli entrepreneurship receives praise.  However there is always criticism regarding marketing strategy.  Do you agree with this criticism?

“The building of correct business strategy must include market analysis alongside the cost model, pricing, marketing and distribution along with putting together of the right team. However at the end of the day, entrepreneurs know and understand that their success depends also and perhaps mainly on hard work and luck.  In general, luck is attracted to those who also work hard and whose business strategy is correct.”

-On the average how much money has been invested in each company in the Tevel Global portfolio: Are we speaking only of Seed Money?

-Is there a preference for companies in a particular field?

“The investments are not necessarily seed money but generally are made after certain technological uncertainties are overcome (for example in the case of many medical apparatus companies) or after there have been successes in the field (as in the case of may iPhone applications).”Fuerst adds that testing technology is subjective and performed according to the potential return and with a preference for the level investment so that not a great deal of additional investment required or dependent on raising a great sum of money in the future.

“To clarify, there is a preference for companies with potential patent protection or a large market characterized by many deals regarding emerging companies.  Nevertheless, it is clear that a company that does not have an impressive management team will not raise any money at all even if its technology is amazing.” Fuerst explains

-Are there examples of companies that received investment and took off or succeeded in raising more money from other investors?

“Of course” emphasizes Fuerst and cites Polytouch, a company producing medical equipment that achieved an “exit” with a very attractive multiple after Tevel investors participated in an investment round.  Similarly Mobideo a company dealing in software for process management in organizations succeeded in raising serious additional investment.  Fuerst also cites BioProtect and Ortho Space, companies operating in the fields of urology and orthopedics who have raised serious sums of money in amounts far greater than those originally raised through Tevel Global.

Among other companies that received serious investment was Circ Medical, a company that Fuerst was involved in its founding and reached a level of sales in Africa in addition to significant external follow-up investments.

“It is a great privilege to be a part of this entrepreneur venture.  I combine initiative with investment for many years.  With all the difficulties, costs, rebellions, energy and synergism.  The combination is no less than amazing, ” Fuerst sums up.