Schwarzman, Chairman and CEO of the private equity group Blackstone aims to become one of the leaders of the “buy to rent” revolution that will breathe new life into the resurging US domestic property sector. 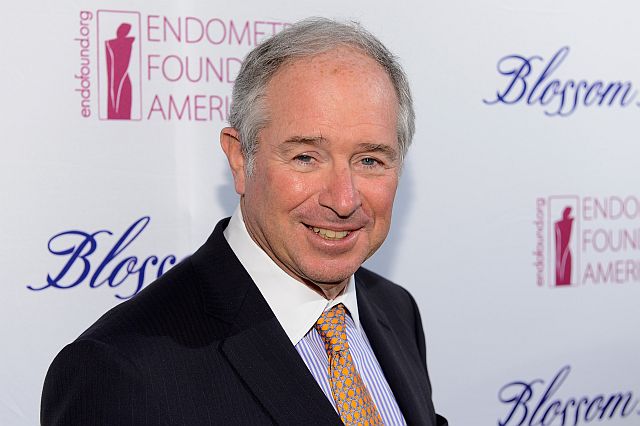 When the US residential construction market was at its peak during the early years of this twenty-first century, the highest demand was for detached housing units built to meet the needs of  single families. With single family homes being built at a rate five times higher than any other category of domestic real estate, when the market then ultimately collapsed in the financial crisis of 2008 almost half of those properties ultimately went into default with the banks and became foreclosed; today many of them still lie empty.

With signs of an economic recovery now emerging at the start of 2013 a recovery in domestic US real estate is therefore also beginning to get underway.  Stephen Schwarzman’s private equity giant Blackstone Group has already recognized this developing trend in the market, even though many others in the United States are still much more reluctant, at least for the time being, to move back into individual property ownership. Instead, according to all indications, residential preferences of home occupiers have been moving towards long term property rental – partly out of continuing economic uncertainty and as the balance sheets of many individual home occupiers still remain in disrepair from the last go-around.  Financial de-leveraging will likely remain a force for individuals for quite some time to come.

This is therefore a niche that Stephen Schwarzman aims to fill, and why he has increased his firm’s residential property portfolio to such an extent that Blackstone has now become recognized as currently one of the largest owners of single family homes in the United States.

Under Schwarzman’s direction, Blackstone has been snapping up empty, foreclosed or even derelict, or as they have become known, “distressed” properties, renovating them and refurbishing them so that they can then be rented out to a waiting public, or later re-sold.

Blackstone began the buying spree with a budget estimated to be within the region of $3.5 billion, which has seen them already pick up more than twenty thousand properties throughout the United States, with sources in the residential real estate industry estimating that the bulk of these properties were picked up at around 30% – or more – below the peak market prices they were valued at before the industry collapsed in 2008. Taking into account costs of refurbishment, repairs and on-going maintenance Blackstone still stands to earn a comfortable long-term profit, even after the costs of financing them during the holding period, both by selling them as the market recovers and by renting them out in the mean-time.

Where the Blackstone Group has been most active in acquiring distressed housing stock is in Arizona, California and Florida – three of the states that were hardest hit during the dramatic financial downturn driven by the sub-prime mortgage scandal, and where there has since been a huge overhang of individual properties on the market.

This portfolio switch towards buying up individual houses in bulk is something new for Blackstone, who until now have always specialized in the acquisition and management of large scale real estate projects, whether multi-unit residential or commercial projects. However analysts have been predicting for some time now that the potential for investment in individual housing units in the recovering American property market is likely to be fruitful, and one in which Schwarzman aims to be a key player.

Stephen Schwarzman was raised in the town of Huntingdon Valley, Pennsylvania, with his family having business interests in Philadelphia.

Schwarzman made a meteoric rise through the world of corporate finance, joining Lehman Brothers immediately upon graduating from business school and climbing up the corporate ladder there to become a top manager in the company.  He eventually progressed to become head of Lehman Brothers’ global mergers and acquisitions team.

In 1985  Schwarzman left Lehmans, going into partnership with his former colleague Peter Peterson to form the Blackstone Company, which initially focused on brokering large-scale mergers and acquisitions before moving into property ownership and management.