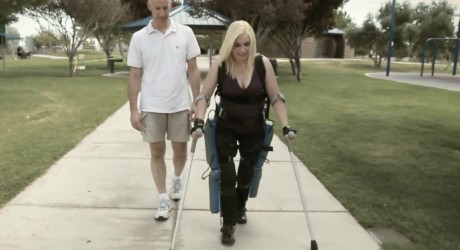 During American President Barack Obama’s historic visit to Israel this week, Israeli Prime Minister Benjamin Netanyahu will show the president a series of technological innovations by Israel’s high-tech industries in a special exhibit that will be set up in the president’s honor.

The innovations presented were chosen in five categories: renewable energy, the war on traffic accidents, medicine, search and rescue and robotics.

At the “Israeli Technology – For a Better World” exhibit, which will be held at the Israel Museum on Thursday, 21 March 2013, Prime Minister Netanyahu will seven products that were chosen by a professional committee headed by National Economic Council Chairman Prof. Eugene Kandel.

The products were chosen from among proposals presented by Israel’s universities in keeping with their degree of innovation, impact on humanity and presentability.

National Information Directorate head Liran Dan said: “There are two principal messages that we would like to emphasize during the visit: First and foremost is the deep connection between Israel and the US. Alongside this, we would also like to present to the world the products of the future that originate in Israel and which will be used in many places around the world.”

The seven innovations presented to Obama will be:

Phinergy: The company has developed an aluminum-air battery designed for electric vehicles, which allows a significant increase in travel range (three times that of a regular electric vehicle). Phinergy‘s technology (based on development at Bar-Ilan University) will allow for a reduction in global oil consumption. The system is based on metal air technology, including aluminum air and zinc air. A metal-air battery features an air-electrode that breathes oxygen from ambient air, instead of the conventional cathode. That is, the battery consumes the required oxygen from the air, rather than having heavy materials that bound oxygen inside it. Metal-air batteries therefore have a huge potential for delivering high capacity with low weight. The technology also has the significant advantages of zero CO2 emissions, full recyclability, safety and low cost.

Mobileye: The goal of  Mobileye, a global pioneer in Advanced Driver Assistance Systems (ADAS), is to develop and market vision-based systems that will help drivers keep passengers safe on the roads and decrease traffic accidents. It aims to do so by warning about dangerous situations and even hitting the brakes instead of the passenger when necessary. To date, Mobileye’s technology (developed in association with Hebrew University) has been implemented and launched by BMW, Volvo, GM and Ford in over one million vehicles. Beginning in 2014, the system will become standard for new vehicles as per the standards set by Euro-NCAP.

ElMindA: The company’s Brain Network Activation technology (BNA), developed in association with Bar Ilan University, provides a non-invasive tool for the visualization and quantification of BNAs of specific brain functionalities, disease development and rehabilitation from injuries, reactions to treatment, psychiatric and neurological problems and pain.

Robot Snake: The robot is designed to enter spaces in collapsed structures and assist in location and rescue operations. The robot, developed in association with the Technion,  is unique in its manner of crawling and is very flexible thanks to its great number of segments. Each joint is motorized and has a computer, sensors, wireless communications and batteries. Its head carries a camera. Thanks to its flexible structure, the snake is able to crawl through wreckage without causing additional structural collapses and provide vital information about inaccessible areas, including the status of people who might be trapped, the location of hazardous materials, etc.

ReWalk: The ReWalk approach aims to give persons with lower limb disabilities, such as paraplegia, an experience that is as close to natural walking as possible. The ReWalk exoskeleton suit, developed by a Technion graduate, uses patented technology with motorized legs that power knee and hip movement. Battery-powered for all-day use, ReWalk is controlled by on-board computers and motion sensors, restoring self-initiated walking without needing tethers or switches to begin stepping. ReWalk controls movement using subtle changes in center of gravity, mimics natural gait and provides functional walking speed. A forward tilt of the upper body is sensed by the system, which triggers the first step. Repeated body shifting generates a sequence of steps, which allows natural and efficient walking. The ReWalk also sits, stands, turns and has the ability to climb and descend stairs. 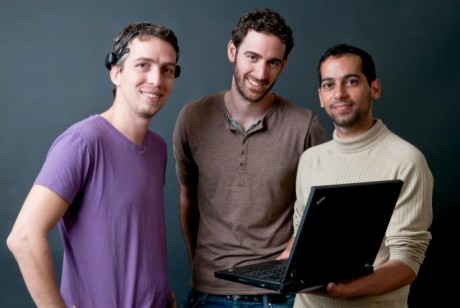 MinDesktop: A headset that enables computers to be controlled by brainwaves or facial movements. The computer is controlled without a mouse or keyboard by means of a headset that images the user’s brainwaves from 14 separate points. The system, which was developed by three software engineering graduates from Ben-Gurion University of the Negev, is designed to serve the physically handicapped who could not otherwise operate a computer or other devices. 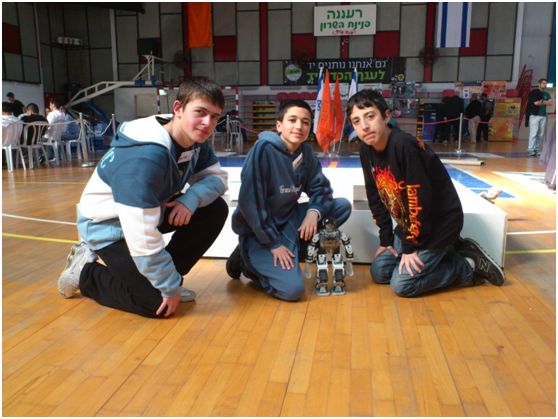 Robot Waiter: Following the exhibit, Prime Minister Netanyahu will introduce the president to young scientists  from Haifa, who won an international robotics competition that was held in the US last year.

The pupils from the Ironi Gimmel Middle School in Haifa won the competition with their “robot waiter” which was developed with guidance from Technion researchers. The product shows how a robot might serve a handicapped person in his/her home. The robot is 35 centimeters tall and uses sensors to orient itself in its surroundings and perform tasks that it has been programmed to do. The robot is capable of a variety of movements.