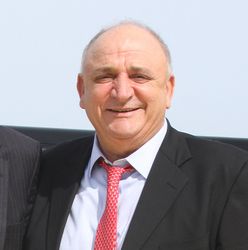 With the new Israeli government’s formation now imminent, some tough but interesting decisions will need to be made regarding the allocation of the billions of cubic meters of natural gas to be extracted from deep within the Mediterranean will go.

It has certainly been an interesting few weeks on the Israeli political scene with the recent elections and subsequent negotiations to establish a new government now looking as if they are very much in their final stages.

While the entire hullabaloo surrounding the elections has been going on and off, some serious legislation and decision-making processes have been placed in mothballs. An unhealthy situation, which, as soon as the new government begins to function, will require more their immediate attention.

One of the most pressing will be the beginnings of the vital decision-making processes of how the vast quantities of natural gas being slowly released from well below the Earth’s office in the middle of the Mediterranean Sea will be allocated. This is the decision that is holding up the next and vital stage in the process for the company that Tshuva heads,  Delek Energy and their global partners Noble Energy how and where to build their distribution infrastructure and in which direction that infrastructure will be heading with the billions of dollars of gas it will be carrying.

Any shortfalls will come from the Leviathan gas fields, which are expected to begin production by 2017.

Leviathan,  in which Tshuva’s associated companies holds around a 35 % share, having recently sold of 30% to  Australian company Woodside has been described as Noble Energy as the largest exploration success in their long history. Initial drillings continue to verify that the field is likely to contain up to 17 trillion cubic feet of natural gas.

With Israel’s domestic needs largely taken care of thanks to the Tamar and Noa fields, the gas that will flow from the Leviathan will be available for export, a situation that will undoubtedly present a golden financial opportunity for Delek Energy and the state of Israel, but no little problems in a region of the world where political stability seems constantly out of reach.

The first problem that Tshuva will need to face and hopefully overcome is how to talk terms with Turkey regarding the possibility of laying a pipeline through their country and into the lucrative markets of mainland Europe. Relationships between Israel and Turkey have been strained for a number of years and the problem only looks like being solved at a diplomatic level. However there are those involved in the energy exploration industry that have seen greater political barriers come tumbling down thanks to the establishment of a financial interest that will work out well for both parties.

Most industry experts predict that the Delek/Noble Energy combination will strongly consider converting the bulk of the natural gas production from the Leviathan fields into a liquefied form known as LNG, which should make it easier to export into Europe as well as Asia, taking it onshore either in Cyprus, Israel, or possibly even through Jordan, who still enjoy warmer relationships with Israel than Egypt and where the Aqaba free trade zone could well be the most ideal dropping off point.

One thing’s for sure is that Yitzhak Tshuva, through his backing of the initial drilling projects when many other leading Israeli industrialists, as well as the government itself, is liable to make his company outstanding profits in the coming years as well as earning himself a place in the history of Israel.

What makes Yitzhak Tshuva’s story even more remarkable was that he established his company without any formal business background. As a child of humble immigrants who immigrated to Israel from Libya after the founding of the state in 1948, Tshuva began to help the family finances by working from the age of twelve onwards , picking up any jobs that he could either in construction and agriculture.

The young Tshuva’s first breakthrough came when after completing his army service, he formed a small construction company to help on the national project of building the Bar Lev defence line on the Egyptian border, and with profits earned becoming a property builder and developer in and around the town of Netanya where he grew up.

Tshuva’s first steps in the world of energy was when he acquired control of Delek, then a chain of filling stations from the Recanati family in 1998, which he succeeded in developing into an energy company currently active throughout the world.