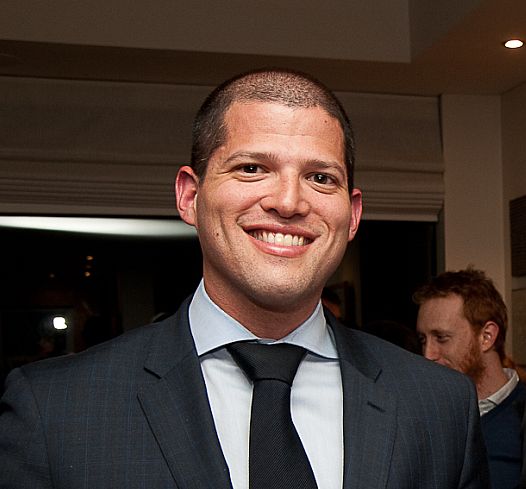 Randy Zuckerberg, the sister of  Mark  Zuckerberg  , the founder and CEO of Facebook,  Nate Silver the survey guru who predicted exactly the results of all 50 US states in the recent presidential election, and the less well known Jeremy Balkin of Sydney Australia are among the young Jews elected this year to the prestigious and influential The Forum of Young Leaders for 2013 (YGL)  .

The YGL forum which member today 700 outstanding business leaders and politicians is active all over the world, each year thousands of young candidates are nominated, who are under the age of 40 and are worthy of bearing the title of Young Global Leader of the World Economic Forum.  Due to the high standards of the forum candidates undergo a stringent vetting process until the last state of the screening process performed under the auspices of the Queen of Jordan Rania Al Abdullah.

This year 199 candidates were selected from 70 countries of which 42% were women.  These candidates came from all walks of life, social classes which testifies to the true global nature of the leaders today.

While we know something about Randy Zuckerberg and Nate Silver who garnered headlines this past year, we know virtually nothing as yet about Jeremy Balkin.

Jeremy Balkin is a former investment banker at Macquarie Bank the number one bank in Asia Pacific. Balkin was established the Family Office Group responsible for managing clients with at least $100m in assets. He left Macquarie in June 2012 and established Karma Capital a private advisory boutique for Super Wealthy investors and Family Offices across the world with a special focus on private equity investments and philanthropy.

His candidacy for the World Economic Forum was welcomed by the prestigious ROI Community in which he is a member.  The ROI Community is an international community of Jewish entrepreneurs founded by US Philanthropist Lynn Schusterman which provides a support network and aid to creative entrepreneurs using practical tools and financing for the purpose of changing the face of Judaism. “I’m proud to be a member of the ROI Community”, says Balkin, “and the support of the Schusterman Foundation enabled me to launch my project on the world stage.”

“We are proud of Jeremy as a member of the ROI and congratulate him on receiving such a prestigious prize”, said Lynn Schusterman joint chairman of the Schusterman group.  “His work is important and is an inspiration and we are pleased that his work has received international recognition as a model for young people interested in improving the world in which we live.”

In addition, Jeremy Balkin has established to date two philanthropic projects of his own: he is the founder of the Give While You Live Project (www.givewhileyoulive.com) that inspires the Super Wealthy to embrace Philanthropy.  The idea received impetus so that today it represents a major factor in the raising of contributions in the community.  This initiative which began in Asia has provided aid in raising millions of dollars for a wide range of charitable causes both Jewish and non-Jewish.  Among them: Live Strong- a fund for aiding cancer patients in the US; a fund for research in the field of childhood diabetes in Australia and Great Britain; a fund to amalgamate Jewish communities in Australia, the Jewish National Fund in Israel and more.

Another fund that he established is africAchieve designed to engage the African diaspora to harness their skills to improve the Continent (www.africachieve.com) which helps residents of Africa.  He also serves as Chairman of TARA.ed (www.taraed.org) which is an educational foundation in India.

“The Asia-Pacific region is becoming more relevant from a political and economic standpoint”, says Balkin, “I hope to promote the values of charity and Jewish good works and the values of philanthropy by wealthy Americans to the region in order to improve the world in which we live, for ourselves and for the coming generations.”

“The Asia-Pacific region is becoming more relevant as economic and political power shifts east”, says Balkin, “I always tell my clients to view Philanthropy as an Asset Class and I hope as wealth increases we can achieve amazing things in the community.”

In what way do you plan to contribute to the YGL?

“I plan to listen and learn as much as possible from these amazing people.  In April I am travelling to Harvard to study with 70 other Young Global Leaders of the World Economic Forum at the John F. Kennedy School of Government for Leadership and Public Policy for the 21st Century.”

“Since I was chosen by the YGL in the category of banking and capital markets, I hope to be involved in discussions regarding financial services and banking reforms following the world financial crisis.  Australia has a very strong banking sector, a model envied by the world and I hope to represent our industry in these discussions.  I am very enthusiastic about supporting independence and freedom in the financial services area (hence the name Karma Capital).

Was their an initiation ceremony into the YGL?

“In January I received notification by email that I was selected to join the very prestigious World Economic Forum as a Young Global Leader.  I had to keep it a secret for 6 weeks until the press was notified and I could tell my friends and family”

Did you meet the Queen of Jordan?

“Queen Rania sent me mail but I did not meet her personally.  I hope to meet her at some stage in the future.”