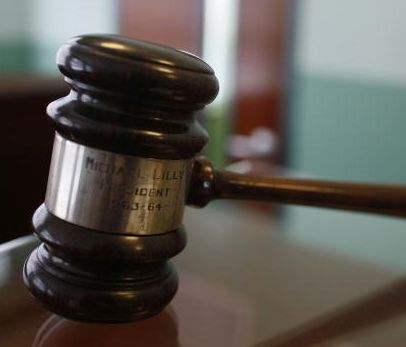 Hamashbir 365 Holdings, Ltd. (one of Israel’s largest holding groups in the retail sector) just filed a counterclaim with the District Court of Tel Aviv, seeking NIS86 million ($23, 220, 000 at today’s rates) from Office Depot International, claiming it suffered damages due to grave and improper acts of the latter in the process of negotiations conducted by the parties where Hamashbir endeavored to purchase the shares of Office Depot Israel (now in bankruptcy proceedings).

The counterclaim alleges that during negotiations for the acquisition of Office Depo Israel, which was concluded in December 2010, Office Depot International made express representations regarding the financial and operational condition of the branch in Israel.  Hamashbir emphasizes that it relied on these representations when it agreed to the terms of the acquisition agreement.

Hamashbir claims that even before the ink had dried on the written memorial, conflicting facts and contradictory data, to that represented by Office Depot International, begun to emerge.  It states however that uncovering the truth was made possible only when Hamashbir commenced actual and regular management of Office Depo Israel, as more and more data was unearthed, allowing the counter-claimant to form a reasonable suspicion that it was the victim of knowingly made misrepresentations, that the negotiations were undertaken in bad faith and in an unacceptable manner, involving deception so severe that it rose to the level of actual deceit.

For example,  Hamashbir avers that it turned out that in reality the equity owned by Office Depot Israel in 2010 was significantly lower – by several million shekels — than that provided in the corporate annual financial report at the time of purchase.  Thus,  Hamashbir alleges, Office Depot Israel, by then its subsidiary, was compelled to report a loss of NIS37 million (about $10, 000, 000) based solely on the equity misrepresentation.

According to Hamashbir, it turned out that Office Depot Israel ‘s logistics center in Israel, purportedly one of its worthiest assets, was actually incompatible with the company’s commercial and operational needs which necessitated  an investment of over NIS6 million ($1.6 million) to make it suitable.  Hamashbir emphasizes that a loss of $ 65 million ($17, 550, 000), due to the write-off of its entire investment in Office Depot Israel, is sufficient in order for one to comprehend the extent of the damages it had suffered.

Hamashbir seeks the following redress: to declare the transaction null and void and require Office Depot International to return the entire amount it received, reflecting the NIS65 million write-off in Hamashbir‘s books, and to further compensate it in the amount of NIS20 million ($5.4 million) representing the amount of capital it invested in Office Depot Israel following its purchase which, it claims, it could never recoup.

Note, that at the end of September 2012 Office Depot International filed a suit against Hamashbir, seeking NIS51 million ($13, 770, 000) alleging that the defendant had failed to meet its obligations to pay it royalties for use of its intellectual property.  According to Hamashbir, as of the date of filing the suit,  Hamashbir debt for royalties amounted only to NIS8.8 million ($2, 376, 000), and that the claim is baseless, exaggerated, inflated and unfounded.

About a month ago Office Depot Israel was sold to the Malka Group.