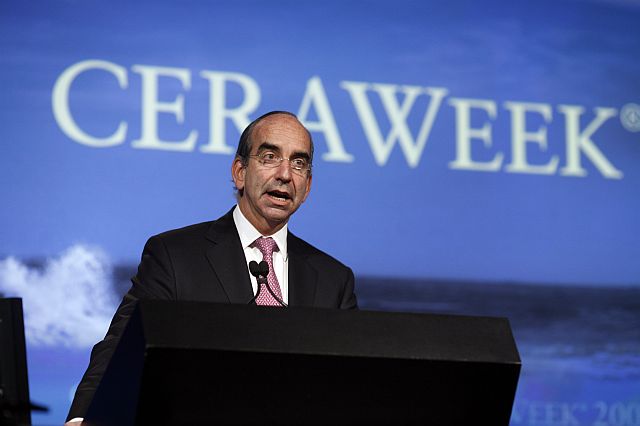 New York-based Hess, CEO of the oil exploration company which his father founded during the depression, is reported to be taking the first steps towards a major reshaping of his company currently valued at $21 billion.

The US-based oil industry has been going through a major revival in recent years thanks to the tremendous possibilities having been discovered in the fields of pure oil and gas exploration, with John Hess being one of the leaders and his company one of the key pioneers and current key players in the US shale oil boom.

However Hess has found himself under pressure from one of the leading hedge fund in the United States, Elliott Management who has called for the breakup of the worldwide distribution company of which Hess is the major shareholder. Elliott Management insist that such a breakup would see the company’s share value  rise dramatically , going as far as to estimate that  they are currently undervalued to the extent of around 100%.

In response Hess Corporation have announced that they are to instigate a major reconstruction of the company’s activities that will see them sell off several of the divisions including the nationwide chain of 1360 petrol stations as well as their thriving trading division specialising in the marketing of oil and energy products.

Hess has openly stated that he sees the Hess Corporation’s future being totally focused on the exploration of oil and gas on an international basis.

As well as being active in oil exploration in more than twenty countries, the Hess Corporation has already begun to see a major return on investment in the Bakken shale oil fields of North Dakota, which to date has been the most successful of the new generation of US your oilfields.

However the people behind Elliott Management, who have recently taken a minor shareholding in the company, are standing firm in their assertions that the Hess Corporation’s stock market performance does not accurately represent its true profit potentials, especially when compared to competing oil exploration companies who are active in the same fields.

Even before Elliott Management came on the scene, John Hess had begun to take some steps to reorganize the company which he heads first of all by selling off nineteen oil terminals on the East Coast of the United States as well as organising the closure of the company’s large-scale all refinery situated in the Port Reading region of New Jersey.

Market analysts had already pointed out that that the Port Reading refinery was neither strategically placed or large enough to absorb the vast quantity of crude oil being drawn from the oil fields of Dakota, while the terminals had reached their maximum profit earning potential and were tying up around one billion dollars of valuable capital which could be used for further investment. Other divestments of assets carried out by  the Hess Corporation has over the last twelve months include the sale of trading division situated in sites as far apart as in the North Sea to Azerbaijan.

In response to the Elliott Management arguments John Hess announced that they were currently under review and well-being fully addressed with the company obviously “already undergoing a significant transformation as part of a multiyear strategy to deliver significant value to all Hess shareholders”, going on to point out that they find it difficult to understand why Elliott made these assassins public “without any attempt to engage in discussions with the Hess Corporation management.

In any event Elliott Management’s assertions that the Hess Corporation were failing to realise the maximum profit potential have a positive effect with shares in the Corporation rising on the New York Dow Jones index rising by 6.45 per cent to $62.70,
bolstered by the news of the sale of their U.S.-based terminals, after having fallen by a total of five per cent over the past four years, while most of the competitors have seen their shares rise by close to 40% during the same period

John B. Hess has held the post of chairman and CEO of Hess Corporation since 1995 having joined the business that his father founded in1977. During his time with the company with the Hess Corporation, he has seen it grow to be coming a global integrated energy with considerable activities spread across the United States, United Kingdom, Scandinavia, Eastern Europe, the Middle and Far East and even as far afield as Australia.

A graduate of Harvard College and the Harvard Business School,  John Hess also holds directorships in a number of leading US corporations.

In this article:Elliott Management, oil, Finance