Saturn’s retrograde will prolong the U.S. economy’s dire condition.  Economic measures undertaken by the administration are expected to negatively affect financial institutions and, due to a domino effect, will bring about the collapse of banks, insurance companies, real estate outfits and corporate entities engaged in commerce.

Europe will also be affected by Saturn in retrograde and is liable to suffer severe setbacks.  By the summer of 2013 the common European market could fall apart, the Euro is especially susceptible to pressure.

I anticipate the European Union disintegration will reach its conclusion and slowly other countries of European Union will be swept into the circle of the survival hardship (in addition to those already in the swirl).

Mercury retrograde (this is different than Saturn’s) taking place until 17 March will have an effect on the stock markets and the value of currencies.

Until the 17th of March

These will be days affected by the relationship of Mercury (in retrograde) with Jupiter: a relationship that is fraught with danger.  Those will be days of extreme conditions in which negative economic situations will materialize.  Business may not necessarily collapse immediately, but in this month the game gives the advantage to big players while small once must be careful not to be gobbled up.

Between the 7th and 21st of March

The relationship between Venus and Jupiter are difficult – there is a high probability of losses and missed opportunities.  I recommend not to purchase anything (beyond what’s absolutely necessary) or look for bargains during this period. Danger lurks regarding speculative activity in the markets.

Between the 13th and 22nd of March

On March 13 Mars marches into Aries, its natural locale, however, its effect from that vantage point increases the degree of danger for the world, mainly because of its violent encounter with Uranus on the 22nd.

That week may intensify conditions in a combat zone and increase security risks in relation to Israel; a threat of war should be taken into account.

These factors may affect the financial markets and cause extreme responses for better or worse, especially between the 18th and 20th.

It has been a long time since such danger has threatened Israel.  During this period very real danger lurks and even a possible war.  It could either be an intifada (uprising by the Palestinians in the occupied territories) or border clashes that would escalate to a major confrontation and pose serious threats, especially during Passover.  Such events might cause the financial markets to be extreme and dramatic in their reactions, for better or worse.

Mercury in Pisces, while retrograding, will create an ever growing danger of various manifestations especially since this is an area that is dim, confusing, generating disinformation and the conniving behind the scene.  It means that major speculators are liable to endanger large economic entities/institutions.

Astrologically, the economies of the U.S. and Europe resemble this year what transpired in 1982-1983.  One should take into account the fact that this is just the beginning.  Obama’s not surprising recent economic measures will create a chain reaction leading into the start of an economic crisis.

The American domestic economy is likely to suffer a major blow, especially due to the effect of the rise in unemployment.  Obama will take significant steps in order to create work places but they will not start to bear fruits until July 2013.

Till then, the phenomena of hardship related to mortgage payments will revisit and the domino effect that commenced in 2008 and augured the current economic crisis will be visible again.

Those investing in real estate will have to wait for profits till the end of the period of severe economic times in both the U.S. and Europe will end, which will not take place till 2015-2016.

The understanding of the depth of the economic problems afflicting the globe is taking its first steps into global consciousness. 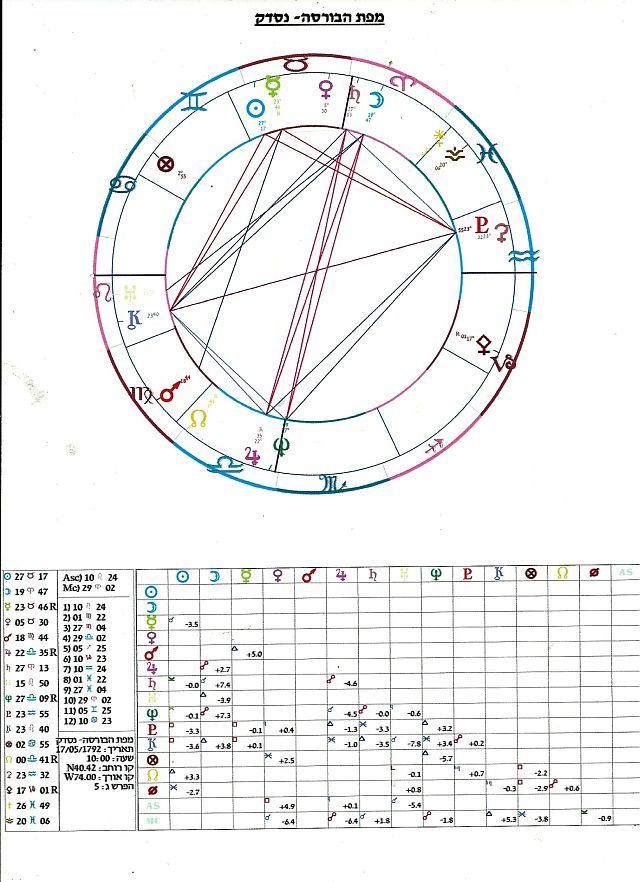 In this article:Horoscope, Astrology, Finance