The  Carmel  Winery, established  in 1882 by the Baron Edmond de Rothschild, will now move back into private hands, following  six months of negotiation , where  four investment groups vied for the privilege of gaining controlling interest in the winery.

At the end of  considerable negotiations, the decision   was  passed at specially convened General Meeting attended by the bulk of Carmel’s wine growers. These venerable growers, who due to the generosity of the Rothschild family, found themselves among the principal shareholders of the winery in  the Nineteen Fifties.

When the casting votes were made after a lengthy meeting held in one of Carmel winery’s historic cellars in their visitors center in Zichron Yaakov, a consortium of internationally known Jewish businessmen received the go-ahead to purchase their shares, and by an almost 100% majority.

The consortium, put together by the Kedma Capital group, in whose name the bid was made, numbers among its members Pierre Besnainou, a prominent leader of the Jewish community in France as well as being owner of large and well known change of supermarkets under the title of Fauchon. Other members of the consortium include the Jesselson family, who have had a previous business presence in Israel being, at one time, part owners of the Elite food production and marketing concern, the Schottenstein family based in Columbus, Ohio, whose main business interests include a chain of supermarkets in the North West under the Albertson label as well as the national clothing chain American Eagle Outfitters. Also involved in the consortium are Leo Noe from the United Kingdom well known in Israel as former owner of British-Israel Investments company. Israeli members include Remo Ben Shushan, part owner of one of Israel’s largest growers and distributors of fresh vegetables and spices. 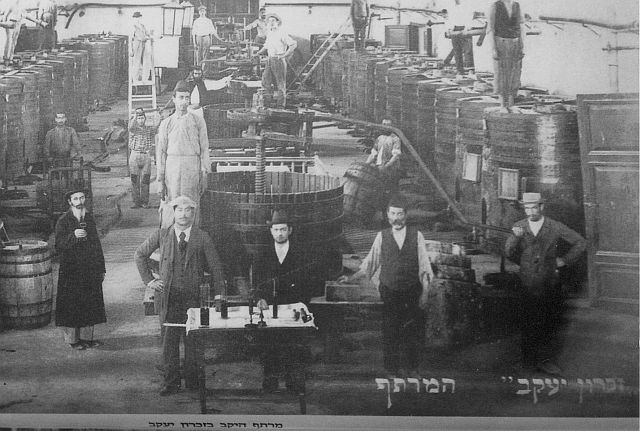 As a result of the fairly complicated share set up the new consortium will be obliged to carry out the takeover in stages. They have already acquired the 35% of the winery’s shares that were in the hands of the Agudat Hacormim with the intention of purchasing an additional 25% currently held by the Jewish Agency, which will give them controlling interest.

In the event that the Jewish Agency decides that it’s in their interest to hold on to their shares, agreement has been reached with them and the rest of the shareholders that will allow  the consortium to issue sufficient shares to allow themselves to hold  50.1% of the shares and  controlling interest in SCV des Grandes Caves, the current controlling body of the Carmel Winery.

Negotiations between the various groups interested in acquiring the Carmel Winery reportedly were completed by the middle of January, and the decision was to bring the competing proposals before the Agudat Hacormim to allow them to decide which of the competing parties they would prefer to sell their shares to. According to information that cannot be confirmed, the Kedma Consortium’s offer was not the highest, however was still accepted by the shareholders due to their conviction that the consortium would not only maintain the winery’s current management network but should also, due to the extensive overseas connections enjoyed by the backbone of its new investors, be able to dramatically increase export sales which have been sadly lacking in recent years.

According to reports the consortium will be liable to pay around NIS 45.5 million ($12.5 million) for the shares in the Agudat Hacormim and depending if they can convince  the Jewish Agency to sell them all or part of the shares of the investment could rise considerably. Based on Kedma’s successful offer the total current value of the Carmel Winery will be around the NIS 130 million mark ($35.5 million).

The Carmel Winery for many years operated  two major wineries, the largest being in the city of Rishon LeZion to the south of Tel Aviv and another based in Zichron Yaakov to the North. The Baron Edmond Benjamin James de Rothschild who provided considerable sponsorship , the head of the French offshoot of the Rothschild banking family, was not only a strong supporter of Zionism, but also enjoyed considerable experience in vineyards and wine making being owner of the famous Château LeFite Rothschild in France. 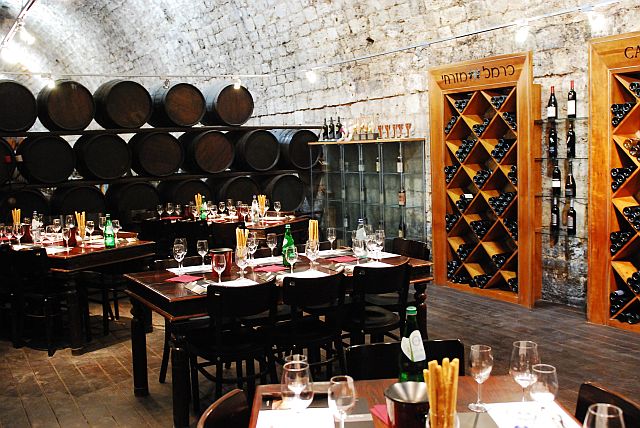 Under his sponsorship, the Carmel Winery flourished, with the Baron expending considerable sums of money in acquiring the land and building the wineries that still stand today. At that time the Carmel Winery remained unchallenged in Israel, producing large quantities of relatively low quality kosher wines that were exported throughout the World under the Palwin label, an acronym for the Palestine Wine Company.

The Carmel Winery’s fortunes began to fade in the nineteen eighties, ironically due to a renaissance in the Israeli wine industry driven by the recently formed Golan Heights Winery. The philosophy of the Golan Heights Winery was to produce kosher gourmet wines, something that they succeeded in doing with considerable aplomb, whilst  leaving the somewhat cumbersome Carmel, as well as the other Israel wineries, in their wake.

It was only when the late Israel Ivzan was called in 2005 to mount what could almost be described as a rescue operation, did the winery’s fortunes begin to slowly turn round.

“ Ivzan” as he was known by all who knew him immediately instigated a major re-organisation of the winery’s operations which saw them first of all concentrate solely on the production of wine whilst moving out of several considerably less profitable areas of operation that the company had moved into over the years. With losses beginning to be curtailed the next stage in the rescue plan which got under way approximately five years ago was to improve the standards of the wine produced to compete more adequately with those of the Golan winery as well as other wineries that had sprung up as a result of renewed interest in wine culture not only in Israel but across the world.

Sadly with his recovery plan for the Carmel Winery in full flow Ivzan was struck down by a cruel illness which gradually curtailed his ability to work although his colleagues sought his council up to and including the period of negotiation before the winery eventually changed hands. Israel Ivzan passed away at the age of fifty-eight, just two weeks before the fateful shareholders meeting held in Zichron Yaakov.

Taking up the role of CEO of the Winery will be Gilead Halevy who along with Gilad Shavit and Uri Einan is a partner in the Kedma Capital group. Halevy’s first task will be to continue the consolidation of the Zichron Yaakov winery as well as the closure, at least for production purposes, of the winery in Rishon LeZion, with what remains of the production facilities near being transferred to what most observers in the Israeli wine industry estimate will become the main winery, in Zichron Yaakov. There is also speculation that although the main winery building in Rishon LeZion, which is a listed building, will remain intact, some of the land surrounding it may be sold off for real estate purposes.

The Carmel winery group also own two smaller wineries- the Kayoumi Winery situated in the Upper Galilee as well as the Yatir Winery at Tel Arad in the Northern Negev.

Although the new investors are remaining fairly tight lipped at this stage, the general feedback is that they see themselves continuing the role that the late Baron began more than one hundred and thirty years ago and re-establishing the Carmel Winery to its former renown. 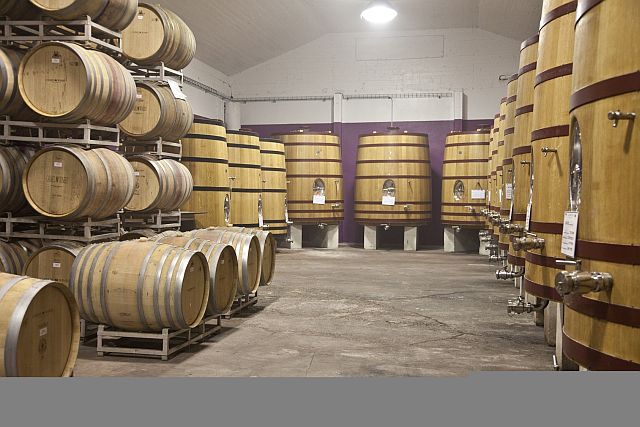