Apart from running her own fashion label while promoting her father’s real estate empire, Ivanka Trump has converted to Judaism and is a recent mother. 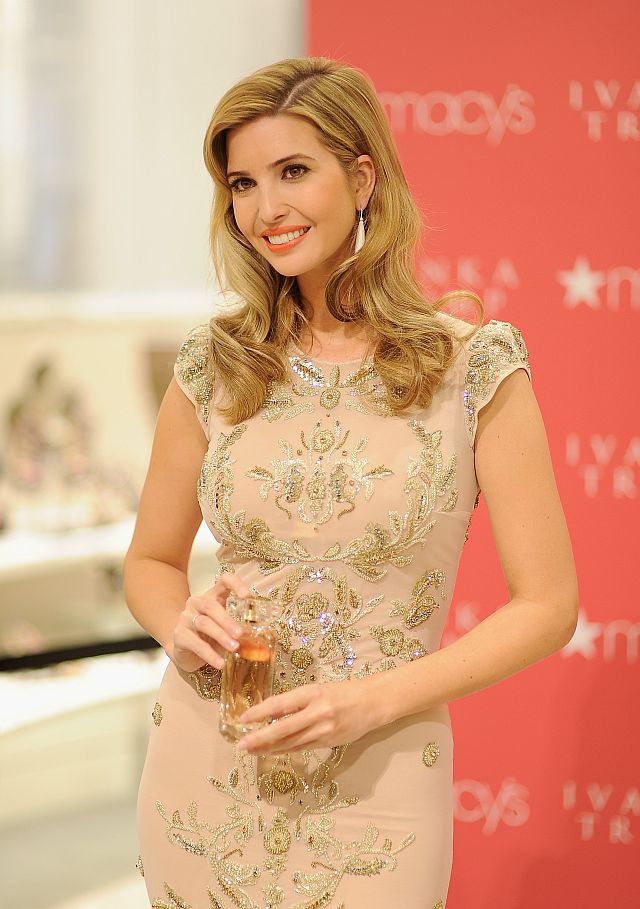 Wearing earrings, shoes and a handbag from her accessories line, Ivanka Trump launched her latest perfume, called, what else, “Ivanka Trump”. She took advantage of the occasion, which was held at Macy’s flagship store in New York, to announce that her next project is kids wear, because there’s so much she wants to design for her two-year-old daughter, Arabella.

Trump told a WWD correspondent: “She’s cute because she’s got a tomboy personality but she’s not afraid of lace. She wants to dress up like a real girl and then play with trucks. I wonder where she got it from.”

Nobody in the New York real estate community raised an eyebrow when  in October 2009, Ivanka Trump married her Orthodox Jewish sweetheart, Jared Kushner, owner of the New York Observer and scion to the wealthy real estate family, in a lavish ceremony in New Jersey. Barbara Walters, Rupert and Wendy Murdoch, Rudy Giuliani, Regis Philbin, Natalie Portman, Russel Crowe and Governor Andrew Cuomo were among the 500 guests.

The Jewish community had always been close to Ivanka. Her real-estate tycoon father Donald has long been in contact with Jewish real estate operators and investors, and he frequently donates to Jewish organizations. Ivanka, too, has been seen in the company of Jewish businessmen for years. When she launched her jewelry label (Dynamic Diamond Corp), she was assisted by the skill and experience of Jewish jewelers.

In a past interview, she told me of the partnership and harmony with those she had nothing but praise for.  Ivanka, who completed her orthodox conversion procedure with Rabbi Eli Weinstock in July 2009, four months prior to her marriage, describes Friday night dinners with husband. “Once a week I totally disconnect. No emails, no television or internet, from Friday evening until the end of Shabbat.” 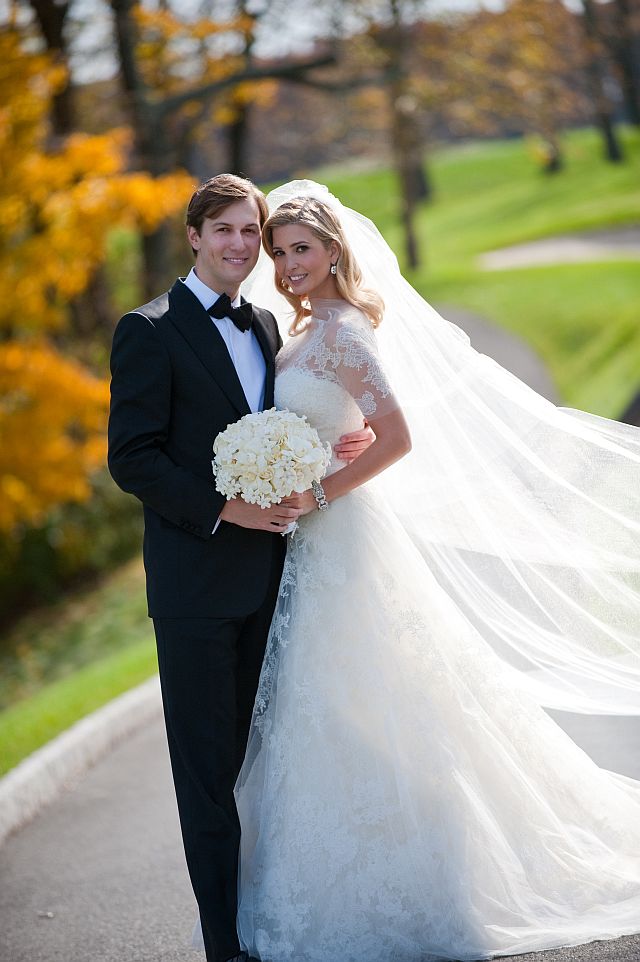 It is becoming obvious that beyond good genes, family connections and a highly-publicized embracing of the small Jewish nation, 32-year-old Ivanka Trump is a unique, international businesswoman, revolutionary and opinionated, who is not afraid to speak her mind.

It is well known that Ivanka and her father do not always agree. Indeed, quite often they are on very different wavelengths on certain issues. Republican Donald is openly against same-sex marriage, while Ivanka has hosted fundraisers for equal marriage rights among gays. On China, Ivanka needed to do damage control after her father’s public outburst against the trade balance situation with China; she takes pleasure in trumpeting her faith in the Chinese economy. Ivanka was quick to read the map when she embarked upon a brand promoting tour with the opening of her flagship store in Beijing.

And yet, despite the differences of opinion, Ivanka and her father never fail to express their open admiration of one another and back this up at every possible media occasion. One of her father’s more famous politically incorrect slips-of-the-tongue was that, “if Ivanka weren’t my daughter, perhaps I’d be dating her.”

Ivanka has no misgivings about admitting nepotism. In media interviews she admits that she was given a wonderful opportunity to enter a promising world of business thanks to her surname. She is not apologetic about her padded landing but stresses that she had to prove herself and that she is deserves the position. In a past interview, her father stressed that “if Ivanka wasn’t doing a good job, I’d say to her – though perhaps in a less forceful manner – ‘you’re fired!’”

Vice-president in charge of business development and acquisitions for her father’s real estate empire (The Trump Organization), she completed her bachelor’s degree with honors at Penn State’s prestigious Wharton Business School In 2004.  In 2007, she launched her first independent venture, a collection of classic jewelry, the first product to bear her name. Capitalizing on her connections with Jewish jewelers she opened her first shop on Madison Avenue.

By then it was clear that the energetic Ivanka was not stopping with branding jewelry; she was soon producing women’s shoes, coats, bags and – recently – sunglasses. She describes her line as classic – “elegant art nouveau”. The company’s tagline is “the time has come to rock tradition”. In her blog she describes her vision: “to design for women who are conscious of their power, who know what compliments them, who appreciate classic craftsmanship and who wear expensive jewelry with a nonchalant elegance.”

Several months ago, Ivanka showcased her expensive Park Avenue apartment to the magazine Elle Décor. Among other things, she stated, “nothing competes with living two blocks away from the office and Central Park. In the evening I can pop over and kiss my daughter, feed and bathe her and put her to bed before running back to the office or off to dinner.” 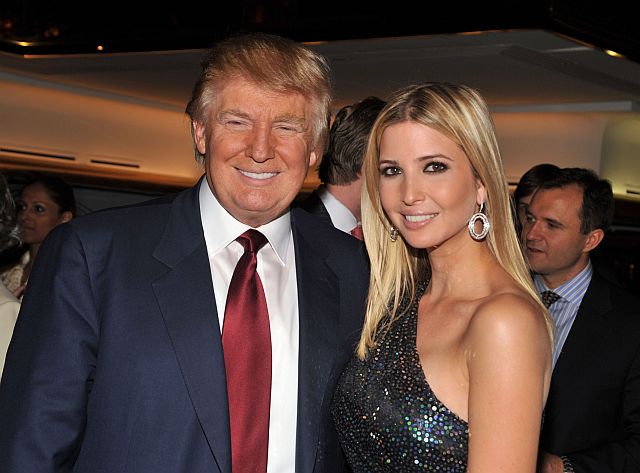 The home is worth over $10 million plus pictures and other items that raise the tag by many hundreds of thousands. Artists selected with the help of the decorator for pictures and furniture include Jan Yoors, Jindrich Halabala, John Baldessari, Bob George, Mies van der Roche, Donald Kaufman, Lindsey Adleman and more…

In spite of the weekly Shabbat blackout, Ivanka is a master of social media. She knows exactly how to leverage it in favor of her private fashion label while promoting her father’s real estate empire. She is always connected to Facebook and LinkedIn, tweets regularly, writes blogs and uploads videos to YouTube. “I enjoy social media. Not that it’s a great marketing tool, but there’s something very authentic in the ability to talk to people without being filtered, censored or edited by a third party, ” the social-media addict stresses.

Besides managing her fashion label, and her involvement in her father’s real estate business, Ivanka has also written a bestselling book on personal growth and tips for the beginning executive – The Trump Card: Playing to Win in Work and Life.

For whoever is looking for an Israeli connection — in a recent interview to the New York Times style section, she divulged the secret of her organic shampoo: an environmental friendly product by the Yarok company, invented by Israeli hair stylist Mordechai Alvow.

About her parents: Ivanka doesn’t always glorify her past. She admits that she took little pleasure in her father’s fame. She remembers the trauma she and her brother underwent through the publicized separation of her parents when she was 9. “It isn’t pleasant to be exposed at that age to harsh descriptions in the media about your parents. My brother and I have faced some difficult times, but this one united us and we’re still very closely connected.” 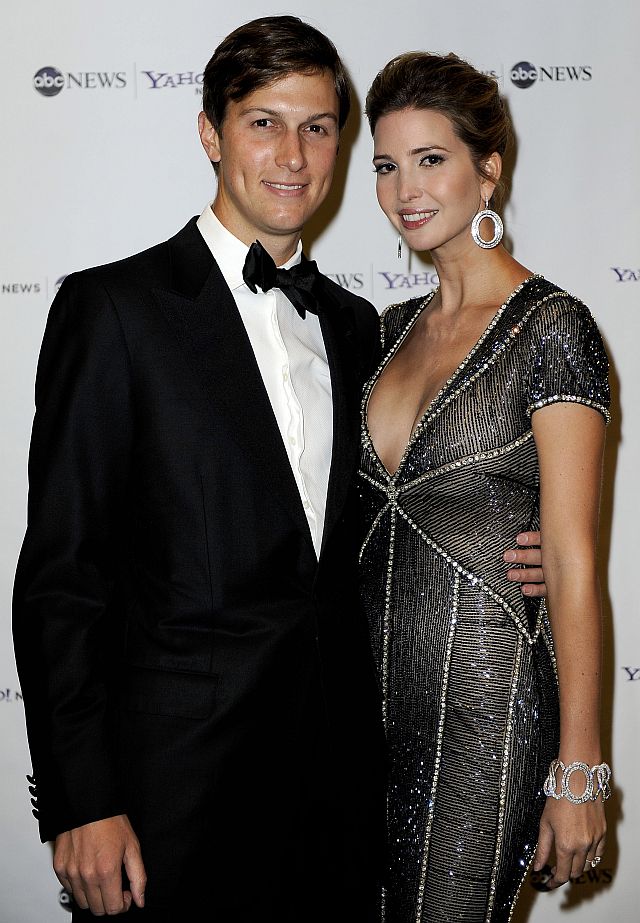 About fashion: As a young girl, Trump would often accompany her father on his business trips abroad. She remembers playing with building blocks and toys in his offices after school, learning to watch his every move. Her first appearance on a fashion magazine cover was in 1997, in Seventeen. Forbes, Golf, Harper’s Bazaar and Elle Mexico soon followed; and soon, she was striding the catwalk for Versace, Marc Bouwer and Thierry Mugler – in addition to campaigns for Tommy Hilfiger and Sasson Jeans.

About show business: While the billionaire heiress was not exactly targeting the world of professional acting, she is certainly on her way to being crowned the queen of reality shows, stealing the mantle from her dominant father as a charismatic judge in his popular ‘Celebrity Apprentice’ show. Her judging capabilities were critically acclaimed. Her performance has raised television speculations that she may lead her own show – something along the lines of The Apprentice: Martha Stewart.

About Paris Hilton: In 2012, Ivanka won first place as the richest heiress in the United States, leaving Paris Hilton behind in second place. In a previous interview, she told me that she resents the comparison to Paris Hilton. No surprise, considering the classic image of a businesswoman she tries so hard to foster and succeeds so well in maintaining.