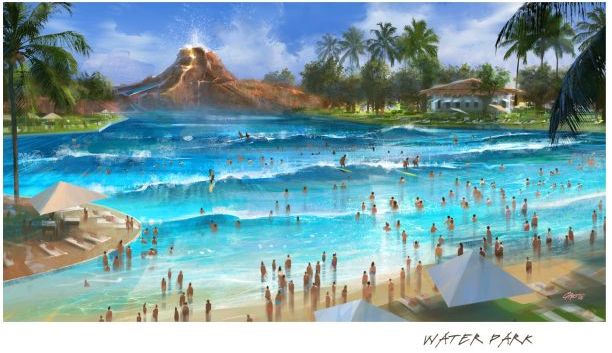 Investors in the Aquaria project in Eilat (the southern-most city in Israel, lying at the Red Sea and a major tourist resort) have just turned to Israel’s state comptroller, Joseph Shapira, requesting an inquiry as to why the Ministry of Tourism and Israel Lands Administration seek to bid out land for which use, they claim, they have already received approval, without a bid. Ministry of Tourism response: Planning permission has expired.

The Aquaria tourism venture was initially designed for an area of ​​1300 dunam (1, 300, 000m2 or just over 320 acres) north of Eilat. It was envisioned as an Israeli equivalent of Disneyland, and he was to include an entertainment complex, theme and water parks, a convention center, an amphitheater, retail space, restaurants, golf courses and more.

The group of American entrepreneurs, led by Joe Bernstein, one of the owners of the American real estate development company American Partners, of New York, received the rights to the use of the area without a bid, as well as grants and benefits potentially having an equivalent value of $30 million, accorded them by Israeli governmental authorities based on a planned investment totaling $350 million in the project.

The American entrepreneurs received the green light to engage in planning the project from relevant governmental entities: Israel Lands Administration (ILA) and the Ministry of Tourism through a joint committee of the two, which recommended approval. A master plan subsequently created would be approved in 2005.

Nevertheless, the project was brought to a halt when in 2008 former State Comptroller, Micha Lindenstrauss, determined that serious inappropriate acts and omissions were committed during the planning, promotion and approval of the project’s plans, constituting undue use of influence in the corridors of power, in order to improperly secure control of public land and land belonging to Kibbutz Eilot.  Moreover, following a plea to court by Kibbutz Eilot, it was determined that a substantial portion of the original land assigned must be subtracted from the project.

By 2012 the developers applied for renewal of permission of the project’s planning agreement, this time regarding a smaller area of ​​300 dunam (just under 75 acres).  Correspondingly, the proposed investment went down to $150 million.  However, during a hearing of the joint committee of the Ministry of Tourism and ALI it was recommended, this time around, to market the project by through a conventional bidding process.

Attorney Wolf Hollander, the entrepreneurs’ counsel, wrote Shapira that after the investors have already sunk more than $ 10 million in planning and although the land was allocated to them by the Ministry of Tourism and ILA was done without a bid, the two governmental bodies were unjustified in their decision to “suddenly, and without prior notice to entrepreneurs” to eliminate their legal rights based on a determination that “the state should bid out publicly the land assigned to the project.”

The letter is also addressed to Prime Minister Benjamin Netanyahu, Minister of Tourism Stas Misezhnikov, chairman of the Israel Land Administration, Moshe Kahlon and others. 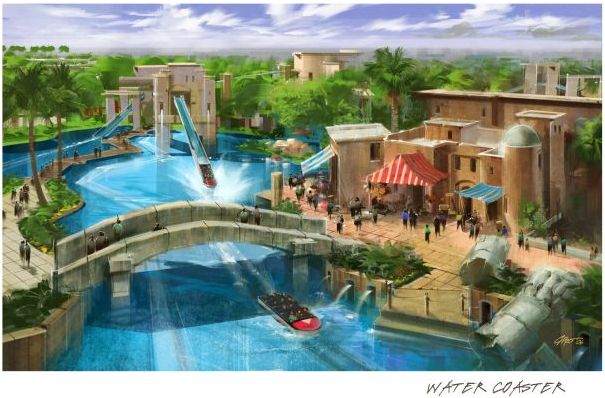 Attorney Hollander made sure to also provide a legal opinion, which concludes that Aquaria has a legal right to the use of the land without the need to bid on it, and that were this right to be denied, the entrepreneurs would be entitled to compensation. According to Hollander’s letter to Comptroller Shapiro: “The developers behind the project — American Jews as well as several charitable organizations in Israel — have accepted the invitation of then Prime Minister Sharon, to develop an extraordinary entertainment project designed to attract tourists and thus bolster the southern region of Israel.”

Hollander called on the state comptroller to do everything in his power “to stop the blatant violation of Aquaria’s vested legal rights.”

Tourism Ministry provided in response (which makes no reference to the appeal to the state comptroller), that the relevant urban planning arrangement is no longer in effect, that the planning permission had expired “and, at the request of the (Israel Land) Administration, we are exploring the possibility of bidding the land out, a process in which these developers will also be able to participate.”

Joe Bernstein claims that, starting in mid 2012, the Ministry of Tourism did everything in its power to kill the project.  He asserts that the expiration of the applicable urban planning arrangement is irrelevant: “We were about to get (existing) approval adapted to the new size of the project.  The fact that they are trying to prevent the project from moving forward may not serve as an excuse to deny the government’s commitment to provide us the ground without a bid.  First they delay us from doing the construction, then they turn around and say that the time for the assignment of the land has expired.”

In this article:tourism, Eilat, Finance