France has acknowledged that at the end of World War II, it had more than 60, 000 captured artifacts in its possession. 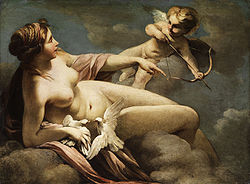 In recent years the French government has shown a willingness to repatriate the tens of thousands of pieces of art confiscated from their Jewish owners by the Nazis during World War II. Since their discovery at the end of the war, these “homeless” works of art have been on display in some the leading museums of Europe, including the Louvre in Paris.

The works of art were reportedly destined for an art gallery to be built in the city of Linz, Austria as a monument to Adolf  Hitler. During the course of the destruction of the Jewish communities of Europe, Hitler supervised the confiscation of large quantities of all manner of works of art to add to his personal collection.

At the end of the war, with the Nazi Germans vanquished, the collections were gradually discovered and placed in storage. Valuable pieces eventually began to appear in state-owned museums of France.

Now three quarters of a century or more since these pieces were taken from their rightful owners, the French government, as a result of long-standing pressure from the Commission for the Compensation of Victims of Spoliation Resulting from the Anti-Semitic Legislation in Force during the Occupation, or the CIVS Holocaust restitution committee for short are working to restore the objects. CIVS together with the French National Museums Agency are make a concerted effort to ensure that these works of art are returned to the families of their rightful owners, the majority of whom perished during the Holocaust.

A large proportion the objects that were expropriated by the Nazis during the years 1940 to 1944 when France was under their occupation have been returned to Jewish families. Their restitution was no easy task for CIVS, largely working without official French Government aid. Discovering each object’s rightful owners involved a laborious process of identifying the history of each item. 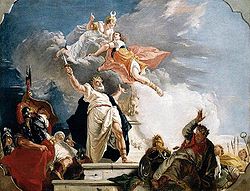 One of the major coups made by  CIVS has been the discovery and soon to be implemented return of six very valuable paintings to the sole survivor of a Jewish family who succeeded in fleeing the before the Germans annexed Austria in 1938. The head of the family, Richard Neumann, a wealthy industrialist saw the storm crowds rising and had the good sense to flee with his family to Cuba. However before he left Neumann managed to sell off six of his paintings, but at fraction of their actual value.

During the war, it appears that the paintings from such famous French and Italian artists of the 17th century as Gaspare Diziani, Salvatore Francesco Fontebasso, Gaetano Gandolfi Alessandro Longui, Sebastiano Ricci and Pieter Jansz van Asch fell into the clutches of Hitler’s troops, probably taken from the person who bought them from Richard Neumann, but whose identity remains unknown. At the end of the war the paintings were unearthed among the huge cache of plundered art treasures and were adopted by the French government and hung in there various museums throughout the country.

The Neumann collection, of outstanding artistic and financial value, was eventually traced back to its rightful owners thanks to tremendous efforts from CIVS working in conjunction with Bruno Saunier of the National Museums Agency. While no trace could be found of the people from whom they were confiscated, proof was found that the paintings were originally owned by Richard Neumann and that they had been sold off under duress.

This information was sufficient to allow the National Museums Agency to allow restitution of the paintings to Richard Neumann’s grandson, the sole survivor  of the family Tom Selldorff, who fled with his family from Austria to Cuba as a babe in arms. Now aged 82, Selldorff looks forward to receiving his grandfather’s collection, already stating that they will not be sold and instead used to commemorate the memory of the millions of victims of the Holocaust.

A new restitution program, officially launched by the French Senate just a few months ago, following considerable pressure by CIVS calls on the government to take a more active role in returning stolen artifacts, which has become an increasing source of discomfort for the French. The discomfort has manifested itself by allowing open access to previously unknown archives containing fairly explicit details of the stolen artifacts, both at the Foreign Ministry as well as at the Louvre Museum. 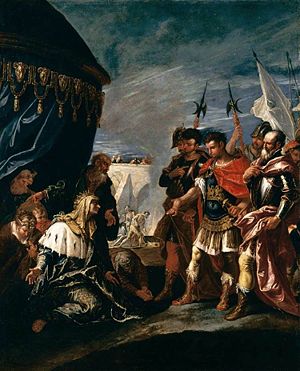 Illustration: Gaspare Diziani, The Family of Darius before Alexander the Great, 1740 / Wikipedia

CIVS officials have now been allowed to research and scan many of the thousands of relevant documents, that hopefully will provide traceable paths to the object’s rightful owners, the majority of whom either perished in the Holocaust or sold off their valued possessions for a small percentage of the value as was the case with the Neumann family.

While the French authorities, working hand in hand with CIVS officials expect it to be a relatively simple task to discover and hopefully make contact with families of the owners of objects traced to Germany, Austria, Holland, Belgium and France, they anticipate that their task will be considerably more difficult when it comes to attempting to trace ownership of objects which have been identified as originating from countries in Central and Eastern Europe, particularly Czechoslovakia, Poland and Hungary.

France has acknowledged that at the end of World War II, it had more than 60, 000 captured artifacts in its possession, with little effort made to trace the rightful owners. Out of the 60, 000 objects, 15, 000, mostly of low value were auctioned off, with the remaining 45, 000 either stored or displayed in museums across France.

The CIVS organization is now reaching out to families of Holocaust victims seeking assistance. Those families, who feel that they may have objects of value that are being held by the French Government, are being asked to make contact in attempt to provide viable information that may lead to these valuable family heirlooms being restored.