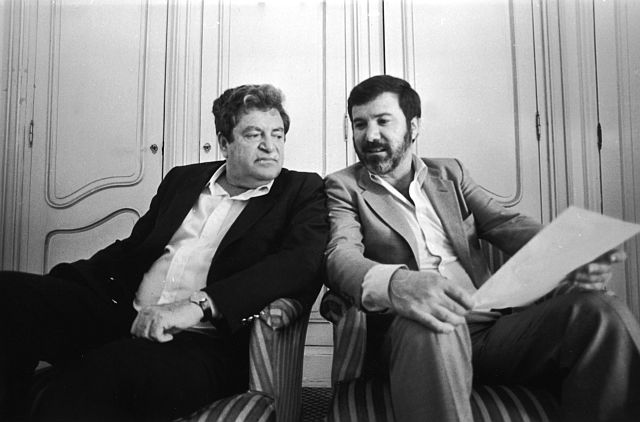 Yoram Globus began to hit the headlines when he and Menachem Golan uprooted their operations to Los Angeles in 1979, taking over the reins at Cannon Group Inc., then a little known independent film studio. The dynamic duo of Golan Globus succeeded in paralleling their success in Israel to a much higher level in the pressure cook of Hollywood, piloting Cannon ‘s dynamic growth towards becoming the leading independent production company in the industry as well as building a distribution empire that covered most of the United States as well as Europe.

The Golan Globus philosophy was simple but effective, producing action movies on a budget that never exceeded $5 million, with a large percentage of the budget going to paying a relatively high profile actor to star in the movie. Among the many who took leading roles in Golan Globus movies were Charles Bronson who starred in their  “Death Wish” films, Sylvester Stallone who appeared in a single movie for the duo, the late Christopher Reeve in Superman, as well as action hero Chuck Norris, who was the key figure in the early Delta Force movies that the duo produced.

This formula seemed to work well for the group for a number of years, and at their peak Cannon were producing an average of 45 movies annually and owned no less than 1, 600 movie theaters.

However by 1987 the cracks were beginning to show for Cannon, after they ran up a succession of box bombs that placed considerable restrictions on the group’s financial stability. Salvation came in the form of a well-timed takeover by Italian financier Giancarlo Parretti who acquired the Cannon group. The takeover signaled the end of the partnership, at least for the time being between Golan and Globus, as well as the beginning of a long running investigation by the US Tax Authorities on a series of security violations.

Rescued from the jaws of bankruptcy, and without the possible restraining influence of his long time partner at his side, Yoram Globus set out on a “magic carpet” ride, which saw the new partnership of Globus and Paretti, now trading under the title of Pathe Communications Corporation, succeeded in raising $1.3 billion from French bank Credit Lyonnais, to gain control of Metro Golden Mayer/United Artists (MGM/UA) Communications in 1990. However the honeymoon period was to be short, and a series of law-suits and defaulted loan payments to Credit Lyonnais saw the Swiss banking giant foreclosing on the debt and taking control of the studio.

That was to mark the end of Globus’s Hollywood romance, apart from a brief attempt to reincarnate Cannon under name of Melrose Entertainment, with little success eventually returning to Israel in 1993, where he eventually renewed his working relationship with Menahem Golan, remaining active both in film production and distribution.