Henry Kravis and Donald Bryant, two Manhattan moguls, have been having a tug of war over a Jasper Johns triptych. 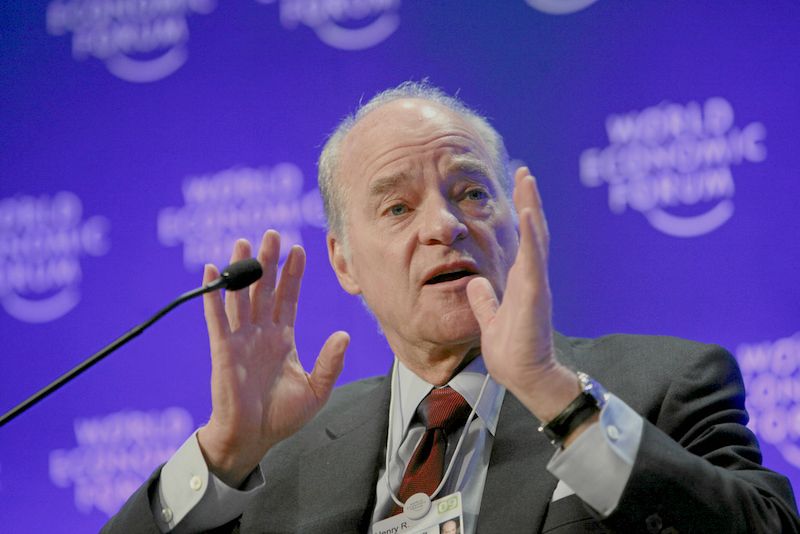 Henry Kravis and Donald Bryant, two Manhattan moguls, have been having a tug of war over a Jasper Johns triptych. As I understand it, and it takes all of my many years in yellow journalism to distill this overly complicated case, into these two succinct, but still complex, legal arguments:

IT’S MY TURN!
IS NOT NEITHER!

They had a deal to share the Jasper Johns’s and eventually turn the paintings over to the MoMA museum. But that deal has broken down for some reason and the paintings stubbornly remain in Mr. Bryant’s Manhattan apartment.

In the good old days King Solomon would have strolled up with his mighty sword and cut the damned things in half. (And they’d probably look a lot better than they do now. ) In those days they called that wisdom.

But those days are gone and simple solutions like this have gone out the window with them.

These days they’d call it a felony.

The thing that gets me about this entire spat, however, is the coverage it’s been getting. From the New York Post to Bloomberg News, liberal journos have been chortling about the travails of the super rich and hinting that they are just a couple of big babies.

If it were Moishe and Moe, arguing about a mauve sectional sofa in Queens, nobody would notice. Well, not until fashion police came in, anyway.

I don’t know Mr Kravis or Mr Bryant, but I do respect them nonetheless. I respect everyone who has been successful, because I know what’s involved in getting to that high plateau. I’m certainly not as rich as they are, but I worked hard, started a company, sold it and retired early to Beverly Hills. Now everyone thinks that I should pay more for goods and services. Tradesmen hike up their charges when they hear where I live. I’m expected to tip more, pay more taxes and, like Ebeneezer Scrooge, even if I do all that, I’ll still be reviled.

Suddenly, in today’s America – the former home of the American dream – working hard and being successful have become bad. And worse than just bad, really. It’s considered evil. There’s an idea around today that if I got wealthy, I must have stolen it from my poorer neighbours. And of course, that’s not true. What wealth I earned, and the wealth that Mr Kravis and Mr Bryant earned, was created – not taken. Not stolen. Not lifted unfairly from anyone else. But created out of nothing other than clever thinking, hard work and discipline. The same characteristics anyone can use create their own wealth.

Yet Mr Kravis and Mr Bryant are being sniped at, humiliated and made to look petty. All part of a pattern, I believe, to paint the successful as spoiled, childish and evil.

So what should they do. Just give it up? Walk away? They had an agreement and that agreement has been broken. Can they not seek redress without being vilified?

Apparently not.
Especially now. When the wisdom of Solomon will get you thrown in jail.

In this article:Henry Kravis, Finance