Over the decades Israeli entrepreneurs have made their mark on the international hotel scene: Alfred Akirov with the Lutetia luxury hotel in Paris and Café Royal in London, Eli Papouchado in Amsterdam and Yitzhak Tshuva, who bought and renovated the Plaza in New York (which was recently sold).

In Israel, rising young – and not so young – entrepreneurs have been investing in the creation of boutique hotels in Tel Aviv. Most lease the buildings then transform them into small, unique hotels that give expression to the Tel Aviv scene and its endless beaches along the Mediterranean seashore.

Designer hotels are nothing new, however, in recent years the number of hotels laying claim to the term “boutique hotel” have proliferated throughout the world, in contrast to hotel chains, where one wakes up not knowing whether you are in Cleveland or Rome. However, the term “boutique hotel” has been corroded some and, on occasion, serves as a façade for a mediocre hotel, priced too high.

It is said in the hotel industry that, if once hotels were an accommodation solution, today the service the boutique hotels provide has been transformed into an accommodation experience, according a personal touch for the guest. Initially, these hotels were built with a small number of rooms but in recent years even hotels with hundreds of rooms are considered boutique hotels, based on their design and the experience they provide.

Boutique hotels, unlike the alienating marble palace atmosphere of the large hotels, are trying to serve as a refined reflection of the environment in which they are located, where rooms are designed with the aid of indigenous elements exemplifying the city and the structure.

Boutique Hotel – What are You?

Along with the decorative, relaxed atmosphere boutique hotels provide all the technological advantages and amenities, such as Wi-Fi, plasma screens, pillow menu, organic food and an in-room espresso machines.

Use of the term, “boutique hotel” is only applicable if the place offers a combination of excellent service with unique design and experience. A boutique hotel would have its own particular personality, its own distinctive spirit; it is a place that tells a story. What characterizes the real boutique hotel is the effort invested in the creation, through painstaking development and thoughtful operation of an inimitable accommodation experience. 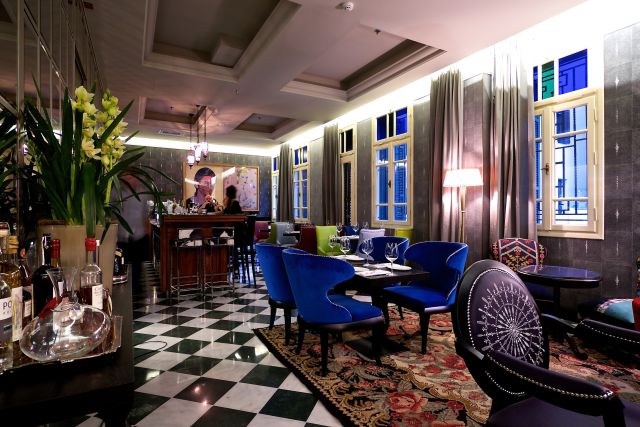 According to estimates, there are currently in Tel Aviv close to 700 boutique hotel rooms – hotel rooms with an intimate service level and a particular concept. Israel Hotel Association president, Ami Federman, welcomes the boutique hotel phenomenon, saying that “ten hotels of 30 rooms each is a niche product that’s in demand.” However, he claims that there is no precise definition of “hotel” and anyone can use the term — which is a problem encountered throughout the world.

Today, as defined by Israel’s Tourism Ministry, any place that has 9 rooms where accommodation is provided may be considered a hotel.  The Israeli hoteliers contend that a boutique hotel ought to meet two primary conditions to qualify as a hotel: to have a reception desk occupied 24 hours a day by someone who would actually provide service and have a restaurant. Any hotel lacking any of these facilities inside the building is, at most, no more than an apartment hotel.

The newest comer to the field of boutique hotels in Tel Aviv is the Hotel Alma (maiden in Hebrew), placed in a historic building set for preservation on 23 Yavne Street at the corner of Ehad Ha’am (an area near where Tel Aviv saw its very beginning in 1909).

A number of hotels preceded Alma in recent years at the heart of Tel Aviv, including the Hotel Montefiore, Townhouse and Rothschild 71, all three on Rothschild Boulevard, Hotel B on Berdyczewski Street, Hotel Brown on Kalisher Street and the new NormanHotel slated to open next year at King Albert Circle. This trend is contrary to the tendency in previous decades, when hotel construction, in the main, focused on the city’s beach. 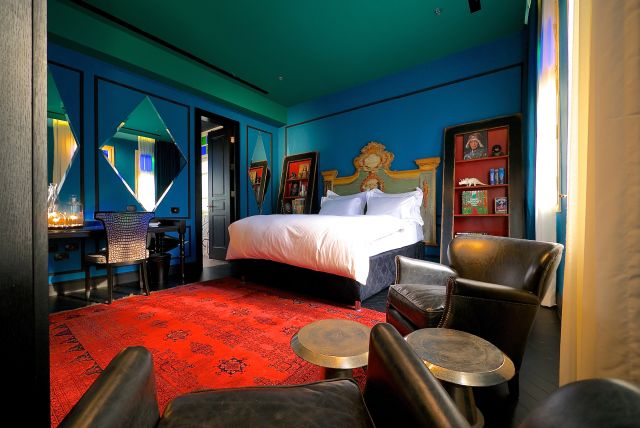 The Alma was opened by siblings Adi and Irit Strauss, who renovated and restored the building, adhering to preservation laws and coordinating with city hall. It is a building that was built in 1923, designed by architect Dov Chudnovsky in an eclectic style referred to as, Para-international and Bauhaus mix.

Despite the severe restrictions impose by preservation considerations, the three-story building, built on a mere 720 square meters, was bought, toward the end of 2010, for an astonishing NIS14.6 million (well over $4 million at the exchange rate at the time, i.e., over $5, 500 per square meter) by a local insurance company.

AlmaHotel covers an area of ​​1, 200 square meters on three floors and has 15 rooms, of which eight are regular rooms and six are studio suites of 40 square meters each, facing either Yavne Street or Ehad Ha’am Street.

At the core of AlmaHotel, which is currently undergoing a trial run, is a restaurant, Alma Lounge under the direction of Chef Jonathan Roshfeld – the creative leader of Adi’s Lifestyle Group – offering its customers a menu that changes every day, adapted to fresh raw materials found in the markets that day.

A Personal Story for Each Room

Alma Boutique Hotel is the second hotel established by the Strauss siblings, who are responsible for establishing, together with the Tidhar Group headed by Gil Geva and Arye Bachar, the Ritz-Carlton in Herzliya Pituach with an investment of NIS600 million.

According to Adi Strauss, one of Adi’s Lifestyle Group’s owners, the group set itself the target of providing a standard that enables a relaxed hosting environment and yet is thrilling and fun, so that the guest would be able to retain a warm memory of an exhilarating experience.

Irit Strauss, another one of Adi’s Lifestyle Group’s owners, adds that the original building provided apartments for six families. “The building’s historical story moved me and was the inspiration for the architectural interior design concept guiding the formation of the new hotel. This concept is reflected in every corner of the hotel, especially in the hotel rooms each of which tells, through the design, an individual story making each room unique with singular qualities that of material and style. “ 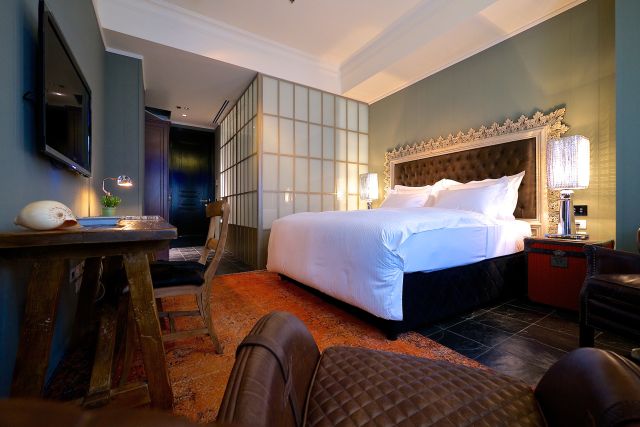 A combination of sophisticated contemporary furniture with vintage treasures collected and imported from around the world. Photography: Itay Sikolsky

The Alma Lounge Restaurant maintains the eclectic style prevalent in the hotel and is furnished with designer items. The restaurant’s garden patio adds to the magical atmosphere of the restaurant.

Each of the hotel’s 15 rooms was designed in a unique way and is equipped with a mix of sophisticated contemporary furniture, seamlessly integrated with vintage treasures collected and brought together from around the world. In addition, in each room there is an elegant bathroom shaped to create a romantic feeling.

The hotel also features a green garden patio with a luxurious roof overlooking an urban landscape for the use of guests that can also be used for private parties and special events.

In all the hotel’s rooms, that range in size between 30-40 square meters, Bvlgari brand care products are offered in the bathrooms. Most room balconies overlook the urban landscape of the “White City” part of Tel Aviv; the rooms also feature hard or soft mattress as per the guest’s choice, advanced three-dimensional television sets with an option for free internet browsing. 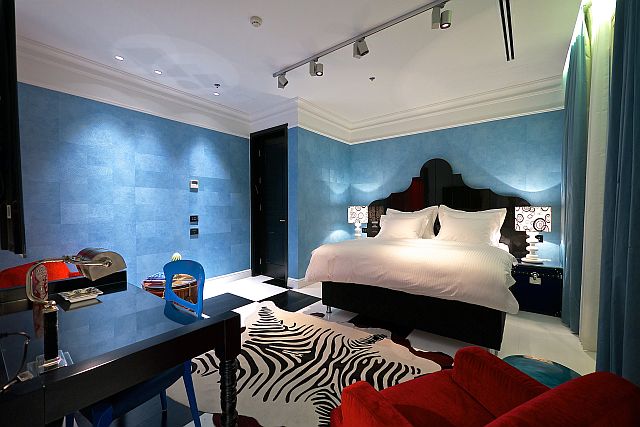 The conceptual design of the hotel, under the management of Irit Strauss, was planned by several leading architects, including architect Amnon Bar-Or – a preservation architect, who was responsible for all the aspects of the building’s preservation, including its façade. The firm of Shaltiel Kastiel Architecture and Interior Design Ltd. (owned by architects Ari Shaltiel and Noa Kastiel), in collaboration with the artist Laurie Recanati, handled interior design.

In summary, this is not an inexpensive hotel whose rooms are not very large, but it can accommodate those looking for quality design, unique atmosphere and residence at the cultural core of the city.

In this article:Tel Aviv, Finance