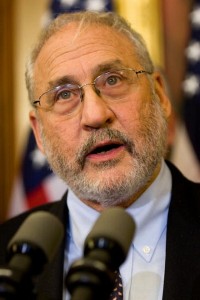 Stiglitz, the son of a Jewish family from Gary Indiana, sounded his warning following a decision by India’s central government to enable foreign investors to cross the 51 percent investment threshold.

Recently, the government rejected protests from the public against its decision to enable companies like Wal-mart and Ikea to open stores in India, claiming that each country should be able to decide for itself if it is interested in realizing investments by retail giants within its borders.

Stiglitz was speaking at an Asian development research center, directing the butt of his criticism at Wal-mart, without specifically mentioning the company’s name: “One retailer, which has been widely discussed, has a reputation for bad labor relations, discrimination on the basis of gender, not providing adequate health benefits, and more recently bribery, particularly in the context of Mexico.”

Moreover, he says, India must ask itself what else can be done to encourage growth before opening its gates to financial products. It should avoid pursuing Ameerican-style capitalism, lest it promote inequality, as it does in the USA  today.

Jopseph Eugene Stiglitz is a Jewish economist and winner of the Nobel Prize for economics. He is especially noted for his disparagement of globalization and of international institutes, such as the World Monetary Fund, criticism he was already vocalizing while serving as the Senior Vice President and Chief Economist of the World Bank.

Stiglitz’s main research was into screening, a technique used by one economic agent to extract otherwise private information from another. For this theory of information asymmetry he received the Nobel Prize, along with George A. Akerlof and A. Michael Spence.

Stiglitz has published several books, targeting general audiences, such as Whither Socialism, a theoretical introduction to the economic failures of Eastern Europe and the function of incomplete data in the market place.

In this article:retail, Finance, Nobel Prize