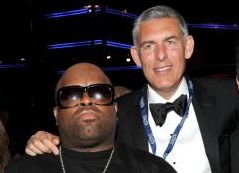 The former chairman and chief executive officer of Recorded Music of Warner Music Group who also has served as chairman and CEO of Universal Music Group’s Island Def Jam Music Group plans to run the company according to the 360 method he advocates (See interview). Cohen is widely credited with expanding Island Def Jam beyond its hip-hop roots to include a wider range of musical genres.

Cohen’s associates at the new company are former associates and employees at Warner and Island Def Jam – Kevin Liles, Todd Moskowitz and perhaps also Irv Gotti, a colorful character who has worked with him in the past

Kanye West, for whom Cohen has served as consultant and mentor throughout his sweeping career, is the first artist affiliated with the newcompany, which is planning a huge performance tour for the singer.