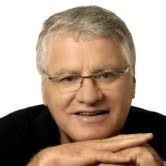 With over 30 years of industry experience Yossi founded July – August Productions in 2004 as the daughter company of Jasmine Group (Founded in 2000), of which he is Founder & President. Yossi specializes in channel development and content programming, including VOD channels, new media and internet and has extensive experience in film and television production. Prior to founding The Jasmine Group Yossi served in several key positions in the international television industry, including Director of Programming at UPC, CEO of ICP (Israeli Cable TV), Executive Producer of the Channel 2 News and Head of the News Desk for a popular Israeli radio station (Galatz). Yossi holds a BFA in Theater from the Tel-Aviv University.