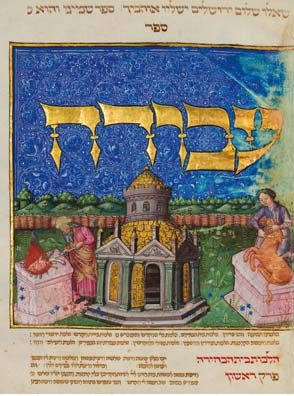 be auctioned at Sotheby’s in April.

The exceptional and rare items that comprise “A Treasured Legacy: The Michael & Judy Steinhardt Judaica Collection” illustrate Jewish life from ancient times through the modern era across Europe, Asia, Africa, and the Americas. Included in the collection are manuscripts, silver, decorative objects, textiles, and fine art.

“I began assembling these historically valuable items more than 30 years ago, and they have inspired me for many years, ” Steinhardt said. “Now, at 72, it is time for the collection to be passed on to a new generation in the hopes that it will encourage them in turn to discover more of their rich Jewish heritage.”

Following a preliminary display at Sotheby’s New York in January, several of the items will be presented at exhibitions in Moscow and Jerusalem before returning for another showing in New York from April 24 to April 28 before the auction on April 29.

Sotheby experts also will hold a series of lectures on the collection and its importance in Hong Kong, Singapore, Brazil, and several cities in the U.S. and Europe.

About Michael and Judy Steinhardt

Michael and Judy Steinhardt are well known as both philanthropists and dedicated patrons of the arts. From his start at Loeb, Rhodes & Co., a precursor to Merrill Lynch, Mr. Steinhardt launched his legendary career in hedge fund management that included the founding of Steinhardt Partners in 1967. Their many charitable causes include: cofounding Taglit-Birthright Israel, which supports visits for young Jews to Israel; significant donations to The Steinhardt School of Culture, Education and Human Development at New York University; and creating The Steinhardt Foundation for Jewish Life, which seeks to revitalize Jewish identity through educational and cultural initiatives. Since their honeymoon in Israel, Mr. and Mrs. Steinhardt have been dedicated supporters of the Israel Museum in Jerusalem, and numerous other causes including the foundation of The Steinhardt Natural History Building at Tel Aviv University.