The local management scene turned global, It requires different management skills that will 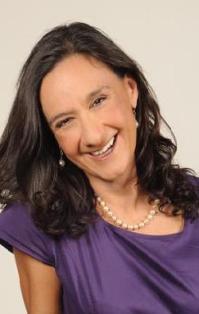 Our world becomes smaller daily, and, as a result, more complex to manage. When a company grows and wishes to go abroad, it has to learn the cultures, both general and organizational, of the companies it is willing to work with.

Nili Goldfein CEO of JLS, an international advising firm that went through a globalization process together with it’s clients,  says that companies loke Amdox, Teva and Nice  worked very hard in order to learn the new cultures they encountered.

In the economical world of the 21st century, a lot of companies, including American ones, act differently then they were used to in the last century. Goldfeinn says: “Not so long ago, American companies used to duplicate their management style in a manner of ‘copy exactly’. Today they understand that this way does not work any more, and they adjust their management style to fit the local culture of every branch”.

It’s not only that management styles differ now, but the center of operations shifts as well. Nowadays, the areas of Indo-China and Africa are more active and developing economically. It has extensive influence on glocal management shifts as well. So does the vast development of the internet and social networks.

Because of that, we see that  glocality, virtual work, organizational complexity and work by time zones make organizations flatten their hierarchic and structures

, and break the central organizational culture the way that enables to communicate the most important  organizational values in their branches across the world.

that are most appropriate for your organization. There are workers  whose occupation  is to save constant balance between global organizational culture and the local culture of the company’s branches.

Global companies send many workers abroad and relocate them. “There is a natural tendency, ” explains Goldfein, ” For Israelis, for instance, to trust  other Israelis, that’s

also true for Americans who rely on other Americans etc, still, managements understand that in order to succeed, they  should give a lot  of freedom in management to local branches.

Goldfein  gives  an example of voluntary projects undertaken by  the company Applied Materials in its  branches worldwide. While  the Israeli branch chose  as its project  to  volunteer  to teach underachieving  children from  low socioeconomic standing, the Japanese branch selected to maintain cleanliness of the streets. These preferences convey  the importance of local culture in  the global society. Goldfein suggests to it’s clients, both Israeli and foreign, not to forget, when looking for new markets and  establishing new branches abroad, the importance of the glocality. “Each branch should  establish a detailed plan  in advance, and take into account the important elements of corporate culture along with  important local elements. While  it should decide on the most important vision and corporate values they  want to instill. Executive development programs also should be in  clear line of  the framework. “

Eithan Meiri, CEO of the consulting firm ‘Effective Management’, explains that many business people, including Israelis, think that working with foreign cultures is easy, especially  after vising it twice or three times, they are sure that they already  know the culture. This is, of course, an illusion.  It’s not only about understanding  nuances of conversation which is complex in itself, , but also knowledge of customs  and rituals. Israelis, for example, tend to interrupt each other frequently during the conversation and that seems  completely normal for them. Swedes, on the other hand, would not interrupt each other, and they would even linger a few seconds before replying which implies their respect to their peers. “

Of course, this  Israeli trait pf mutual speech interruption  is also associated with other national traits expressed in the relationship between business  people. While American businessmen, Jews and non-Jews, usually prefer to plan in advance as possible, Israelis tend to improvise  in motion. These differences of cultures and mentalities  sometimes make joint business problematic. “If  Americans  and Israelis could find a way to combine the best of both worlds, creativity and dealing with changes in motion on the one hand and thorough planning on the other, they could profit from it immensely. Often, this is not what happens.”

When Jews do business with Jews, even if they are from different cultures, they have  a lot in common. In general, people like to do business with their own kind, just as Irish prefer to do business with other Irish. “Jews from  all over the world have something in common,   and can create basic trust, in a sense, a feeling of  ‘we the same village’,  we have kinship or mutual friends. This also makes It  easier, of course, to get information about people  who have a lot in common. This makes  the global village friendlier.