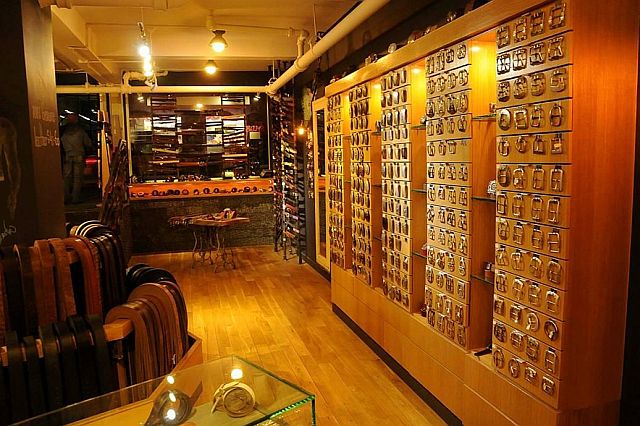 Yinon Badichi, 35, left Israel for New York four years ago and is already launching the fifth in his chain of concept stores – Badichi Belts, a design-your-own belt store whose clients include Uma Thurman, Dustin Hoffman and Madonna.

“We’re living in a period in which anyone can find anything in a fashion store, ” Badichi explains. “The market is so saturated that people are now simply seeking a unique means of personal expression.”

Badichi ascribes his success to the fact that belts are a popular fashion item, the quality and trendiness of which are a statement about the wearer.

Each store in the chain contains a selection of no fewer than 500 different buckles styled by size, color and material. Choices include modern buckles, studded buckles, artsy buckles – some designed by reputable artists, hand-designed, classic and, of course, specialty shapes such as handcuffs, skulls or buckles resembling 50s-style sunglasses.

The walls, meanwhile, sport more 100 strips of basic material, including Italian or South American leather, snake skin, fur in a variety of color which can result in 50, 000 possible designs — and that’s just from the store display!

Once material and buckle have been selected, the shop workers streak, drill and couple the buckle and, voila! The belt is ready – all in about two minutes. Costs range from $60 to $100 for a classic design to as much as $400 for a hand-made or specially designed buckle.

Badichi’s opportunity to establish his dream-store came in the form of an enthusiastic young American he met while travelling in China. His father, a Jewish mathematics professor, was his primary investor.

The flagship store opened in the heart of New York’s Soho in 2009 and from there the chain expanded with four more stores opening throughout the city.

“By the end of 2013, ” Badichi says, “we will have another eight stores in the city, after which we’ll solidify our infrastructure and work logistics so we can spread to other major U.S. cities, including Miami, Los Angeles, San Francisco.”

But as far as Badichi is concerned, there is no reason to stop there.

“Sooner or later, I guess I’ll need to find a major investor so we can expand faster.”

Badichi says he has been approached by several entrepreneurs regarding franchising around the world, but he is not yet open to such an idea. 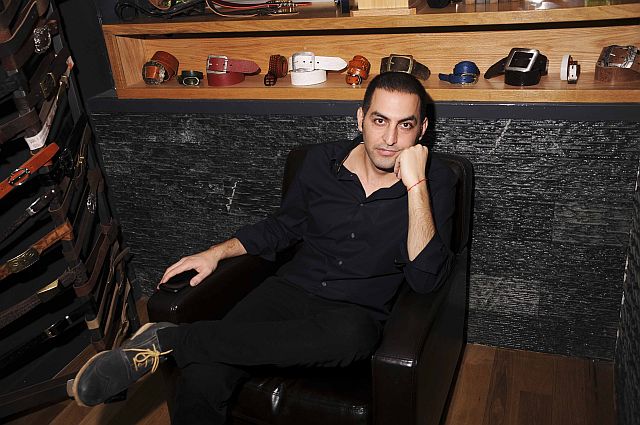 In this article:new york, store, Finance