The girl from Kazakhstan moves with London’s jet set, counts Prince Andrew as her closest friend 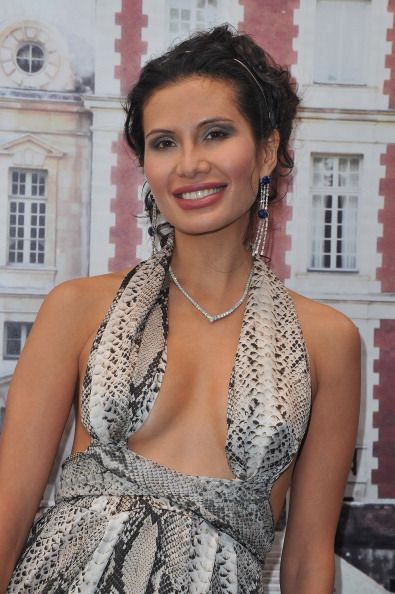 Please help us out :
Will you offer us a hand? Every gift, regardless of size, fuels our future.
Your critical contribution enables us to maintain our independence from shareholders or wealthy owners, allowing us to keep up reporting without bias. It means we can continue to make Jewish Business News available to everyone.
You can support us for as little as $1 via PayPal at office@jewishbusinessnews.com.
Thank you.
By Sima Ella / Read More: News
Goga Ashkenazi is a beautiful, exotic, sexy woman. She’s also an Oxford graduate in modern history and economics and a billionaire who owns an oil empire in Kazakhstan. She burst into the spotlight just three years ago when she celebrated her 30th birthday in London with several hundred of her best friends and, to everyone’s surprise, it turned out most of them belong to the British aristocracy – including her best male friend Andrew, Duke of York. Another buddy of hers is a former Soviet President – Mikhail Gorbachev.

That, so to speak, was her coming out party and ever since the business world and society columns have been watching her with bated breath –especially when she describes how she made her fortune on her own albeit with the assistance of assorted romantic relationships.  But this is no Cinderella story.  Ashkenazi grew up in Kazakhstan in a home in which both parents have doctorate degrees and strong ties at the top echelons of society. Her sister, Meruert Berkalieva, is a PhD in economics and her business partner.

Her Jewish surname was acquired through marriage to Stefan Ashkenazy, a young American from Los Angeles who is the son of Severyn Ashkenazy, a Holocaust survivor, art dealer and owner of a chain of luxury hotels and a large construction company. The couple had one child, Adam, now five. They divorced in 2007 after less than four years of marriage and after she met the Kazakh oil tycoon Timur Kulibayev, who is married to the president of Kazakhstan’s daughter and controls the country’s oil and  gas natural resources. The two fell in love, and from that moment the course of her life shifted radically. That relationship also produced a son, Alan, who is a year old.

Goga (Gaokar) Ashkenazi lives a lifestyle befitting the modern jet set.  In August 2007, shortly after her divorce, she bought a house in Holland Park, London, for the paltry sum of £28 million in cash, which was £3 million above the asking price. She invested another £10 million in refurbishments, including a gold-leaf decorated ceiling and a personal staff of 15 including chefs, doormen, nannies, bodyguards, a chauffeur, and a Bentley.

To her credit, in no interview to date has she ever hid the fact that she was helped along the way by her valuable connections. But it was not just the connections.  Ashkenazi is a mesmerizing, young, educated, talented, and yes, so very sexy woman occasionally wearing transparent clothes that display the full glory of her willowy figure. She also has been photographed half-naked, illustrating the pages of prominent magazines.

Ashkenazi enjoys her life, having declared that she wants to “conquer the world” – which she is doing.